With Marvel’s Spider-Man: Mile Morales video game launching in November, it was only a matter of time before the comics got in on the act. Marvel has announced a series of Miles Morales variant covers to celebrate the game’s release.

There are five variant covers in total that showcase Miles at different points in his journey in becoming a hero.

“Just as Marvel’s Spider-Man was a love letter to Peter Parker and his web-slinging alter-ego, Marvel’s Spider-Man: Miles Morales celebrates every aspect of this break-out hero of a new generation,” said Marvel Games VP & head of creative Bill Rosemann. “Continuing that tradition of authenticity, the teams at Insomniac Games, PlayStation, and Marvel Games have united to spotlight the amazing behind-the-scenes artists who are bringing this action-packed game to life. What’s especially meaningful about this series of variant covers is that, if viewed in a particular order, they showcase our collective commitment to storytelling.”

As Rosemann explains, “First, we have the AMAZING SPIDER-MAN #53.LR cover by Insomniac Games art director Jason Hickey, which joins Miles as he looks down upon an NYC infected by the new threat of Tinkerer and the Underground.”

“Then we see the AMAZING SPIDER-MAN #53 cover by Marvel Games creative director Tim Tsang capturing the moment when Miles makes the heroic decision to mask up, rise up, and defend his home and his loved ones.

“Next it’s the MILES MORALES: SPIDER-MAN #21 cover by Insomniac Games senior concept artist Nicholas Schumaker showcasing the speed and agility of Miles as he hurtles towards danger.

“Finally, the AMAZING SPIDER-MAN #54 cover by Insomniac Games art director Gavin Goulden places us in the collision between Miles and the Tinkerer as they battle for the fate of the city. An entire saga in four images… with one more cover yet to be revealed!” 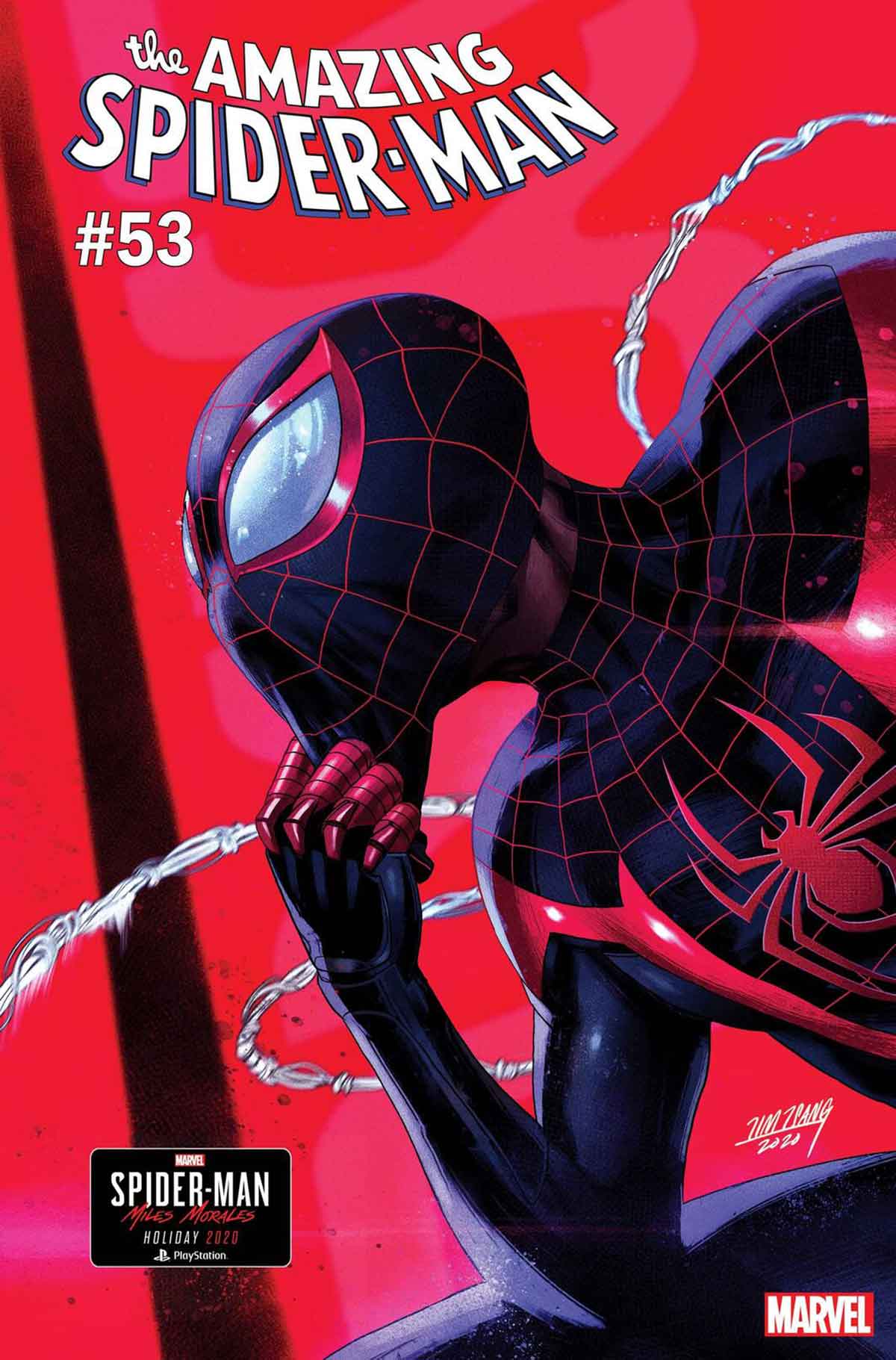 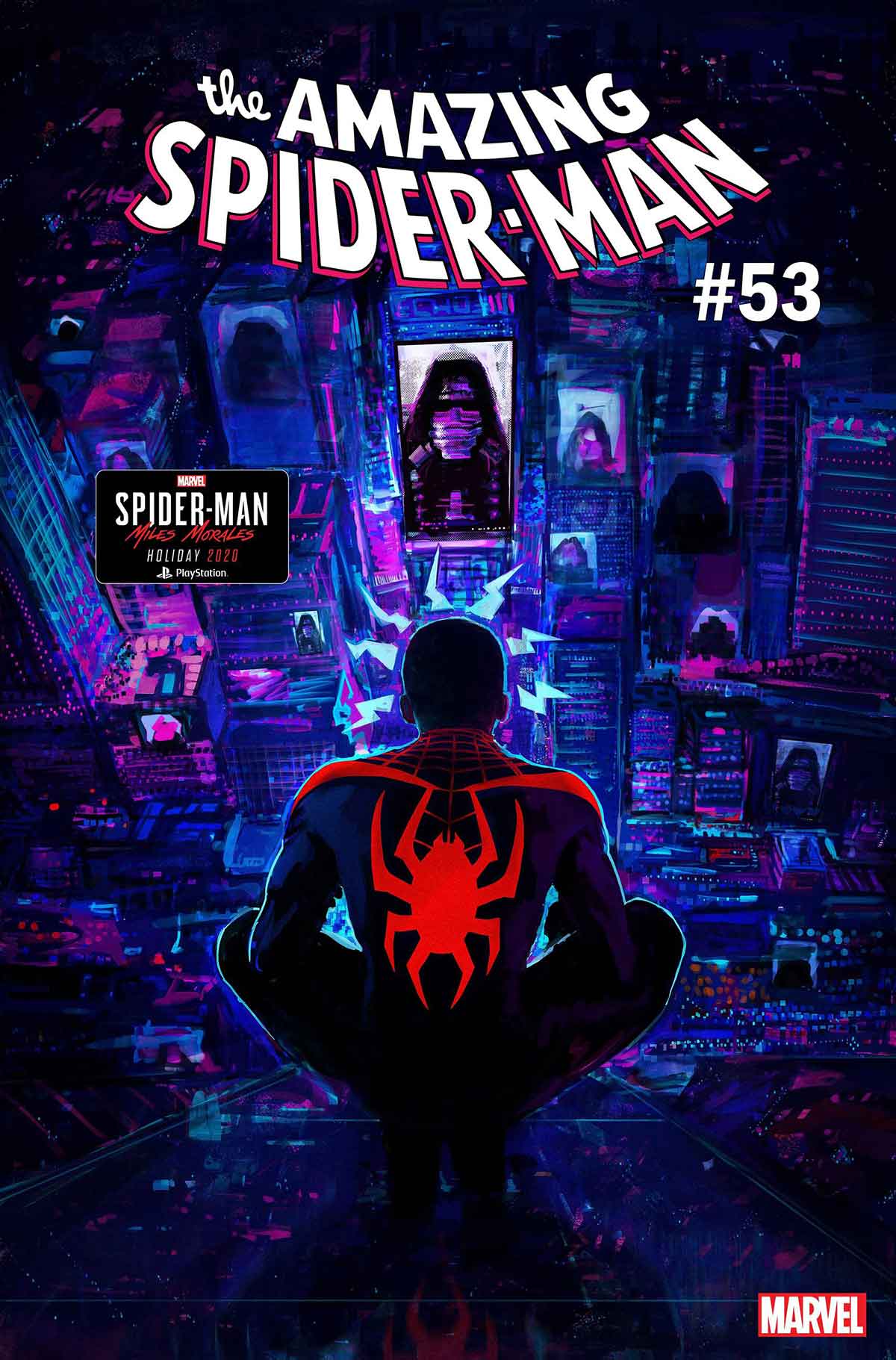 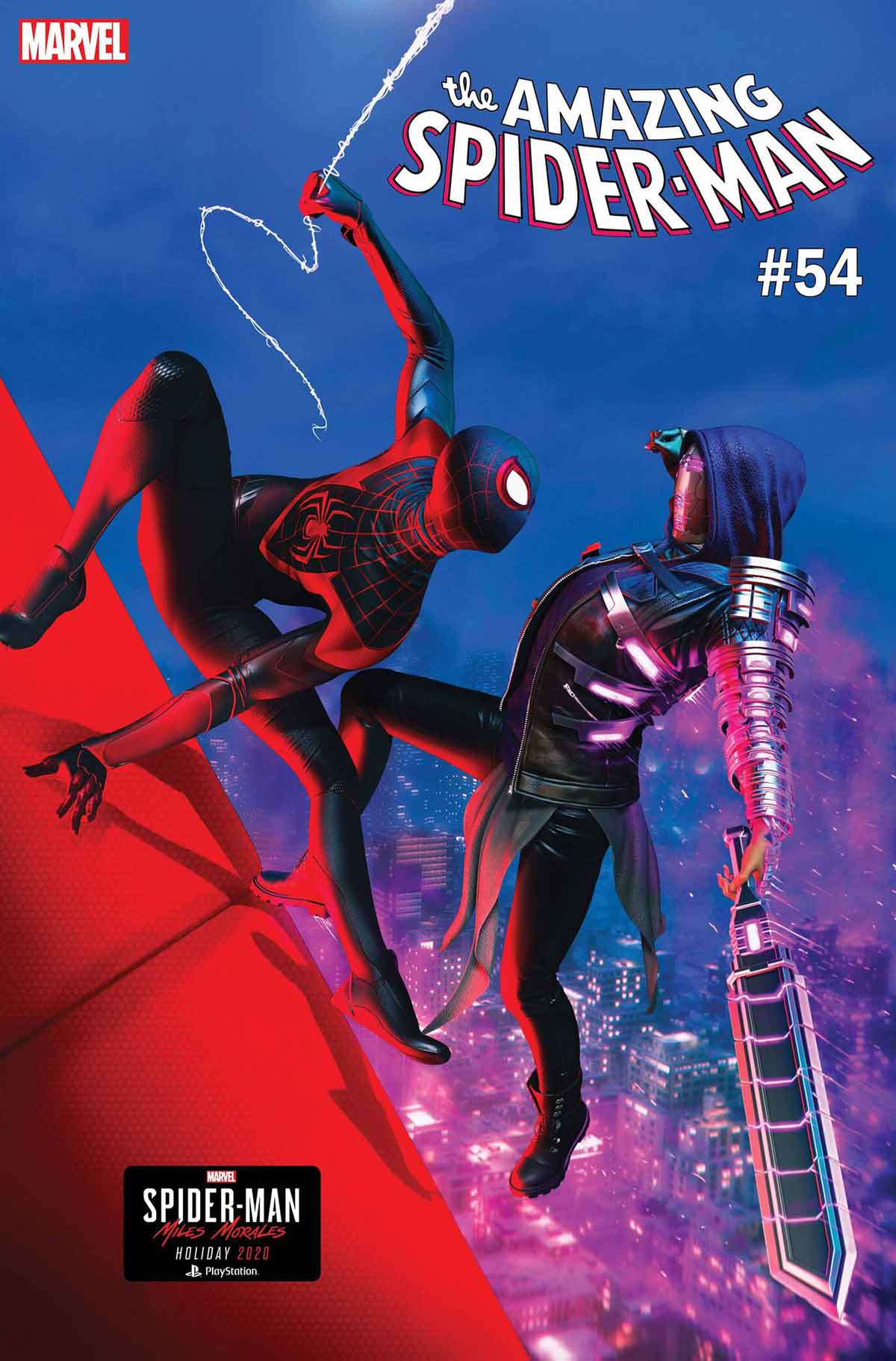 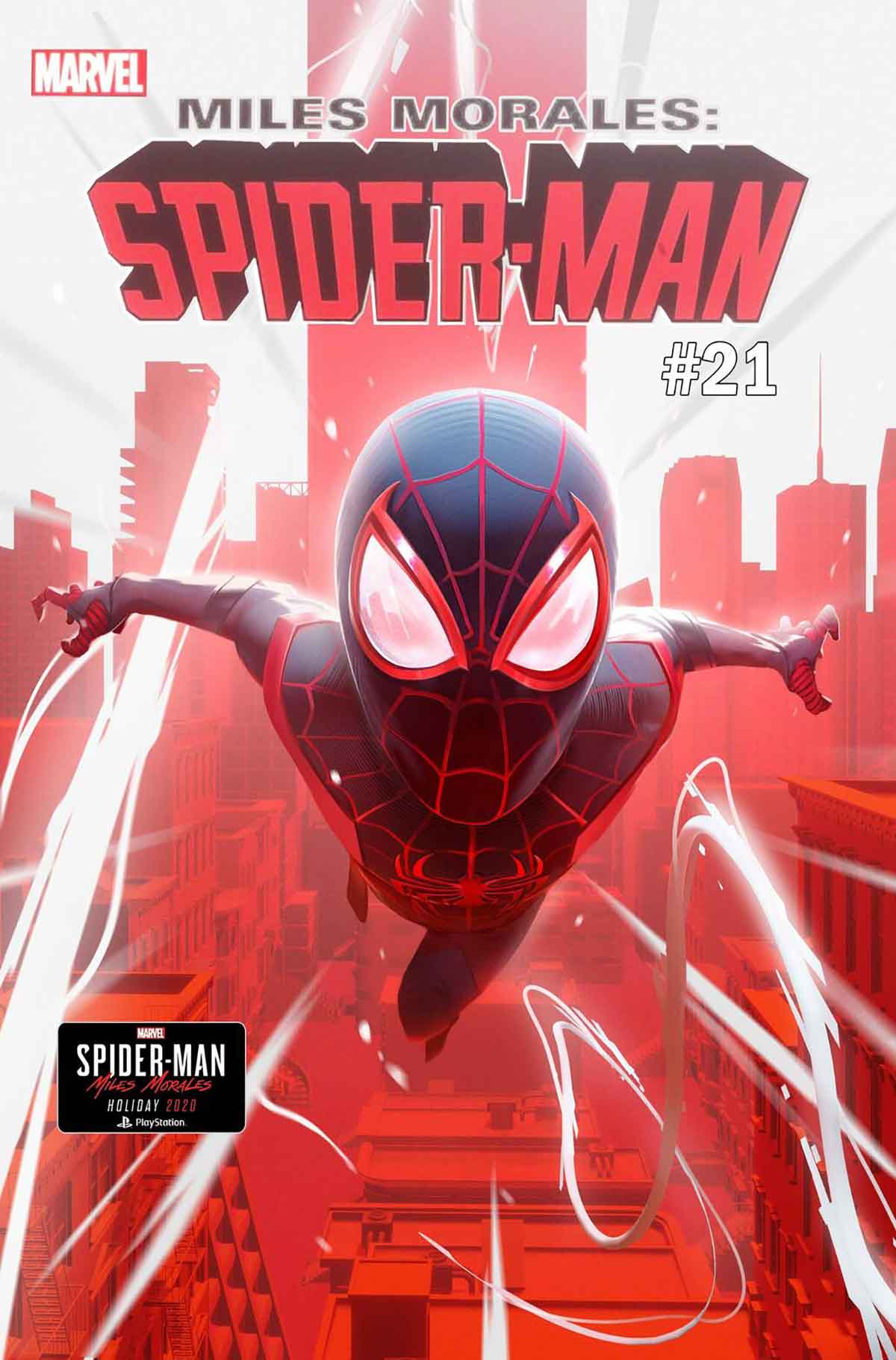