The Contest of Swords is almost upon us and not all Champions are ready to fight. Find out if Cypher and Warlock are up to the task in New Mutants #13 by Marvel Studios! 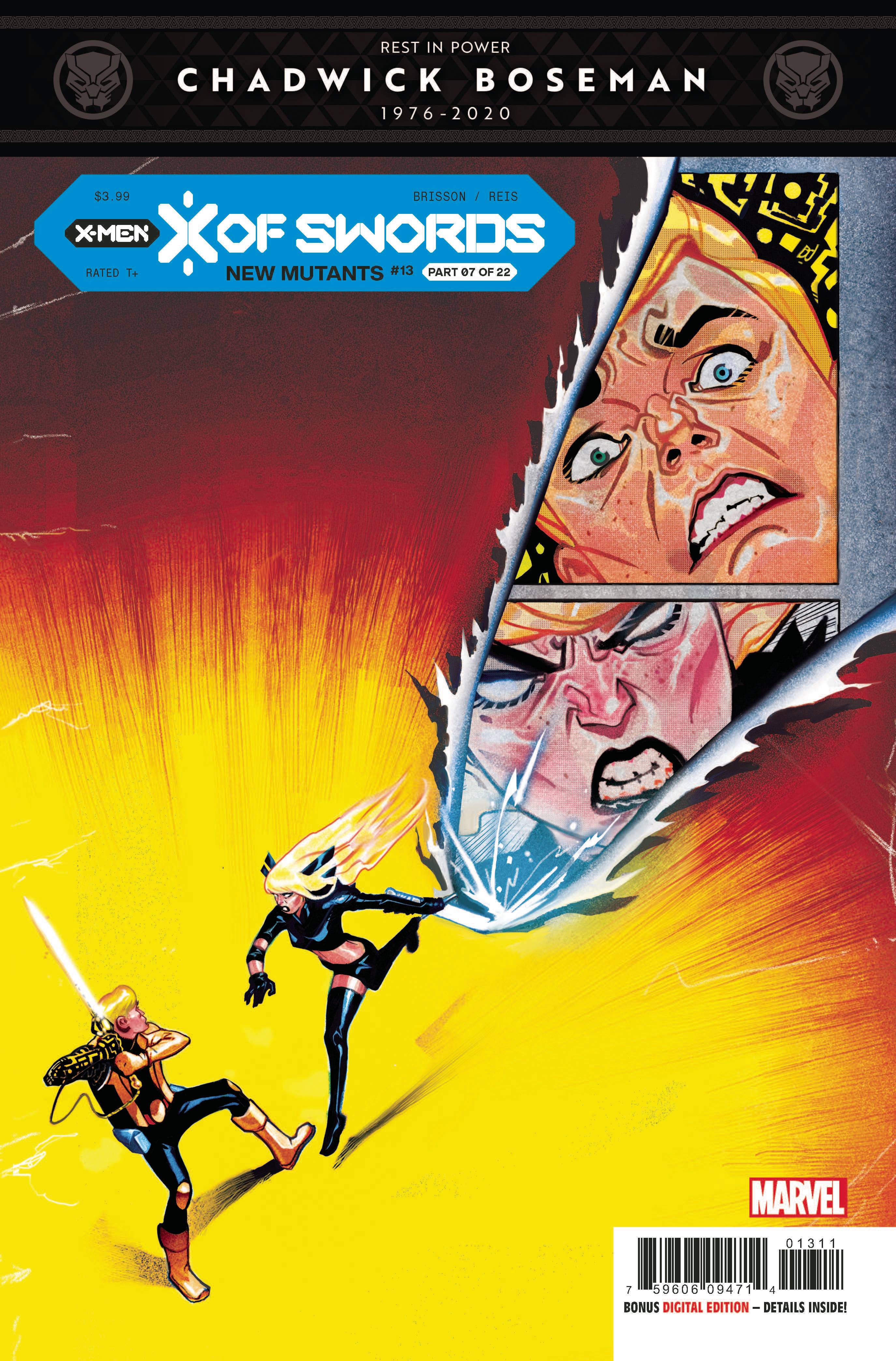 Previously in X of Swords: Magik, Wolverine, and Storm are champions who are ready to participate in the Contest of Swords. However, Cypher is not a warrior yet he must stand in this life and death fight. Even equipped with Warlock in the shape of a sword, his success is not guaranteed. Will he be able to prepare in time for the fight of his life?

NO TIME TO PREPARE

Cypher and the techno-creature Warlock are chosen to fight in the contest but Cypher is not a swordsman. As he begins to spar with Magik, it is clear that his skills are lacking. Since Cypher is the main translator for Krakoa and the mutant nation, Krakoa doesn’t want him to fight. In fact, some of the mutants try to find a way to replace him in the tournament. They reason that if they kill him, he must have a replacement in the tournament and can be resurrected later. Cypher refuses and continues to spar with Magik and reads her body language to be able to react a little better. However, as both of them take their place as Champions of Krakoa, Majik grimly says that if he gets into a fight he would certainly be killed.

This issue really foreshadows that not all mutants are going to return from this fight. There is going to be death and all the champions are beginning to accept their fate in this tournament. I have my prediction that Magik is going to fall saving Cypher but it could be a red herring. Very little action happens in this comic. We see a very good deal of sparing and a lot of threats/conversations. In contrast, Wolverine went to hell and Storm basically did a heist for her sword. However, in these quieter moments the tension begins to ramp up. The danger is becoming more real for both our heroes and the reader. And that makes this the ideal middle issue for the series.

I enjoy these slower moments quite a bit. While I don’t think the art or the coloring was as vibrant as previous issues in the arc, the writing was quite phenomenal. This is an issue you can probably skip in the scheme of the event but I have found this to be the most enjoyable so far. 4 out of 5 from me and I hope that Cypher doesn’t get killed in this event.

Cypher is chosen to fight in the Contest of Swords but he is far from a swordsman.