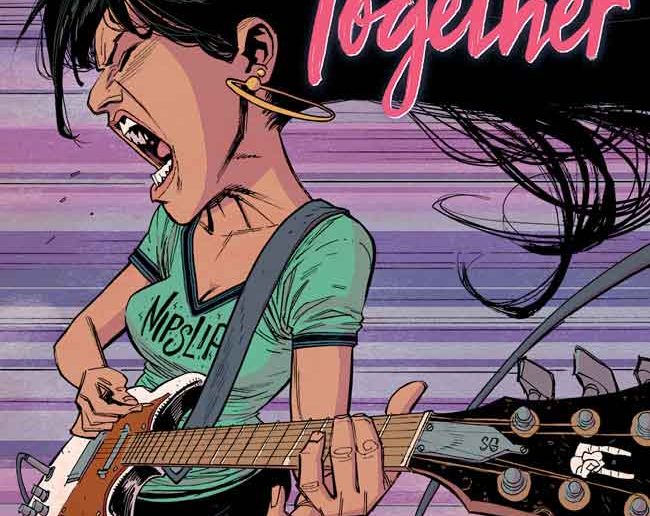 Image Comics has released a first look at the Ryan Ottley variant cover for Getting It Together #2. Is it really possible to be friends with your ex? In Getting It Together #2, Sam and Lauren try to work things out while Jack dives deeper into dating apps, which brings more surprises from his past than he expected. Meanwhile, Lauren’s band Nipslip gets an offer they simply can’t refuse. You won’t wanna miss this oversized, joyously melodramatic issue, including a bonus, Jack-centric side quest!

Getting It Together #2 is by Omar Spahi, Sina Grace, Jenny D. Fine, Mx. Struble, and Sean Konot, and is expected to his stores on November 11, 2020.