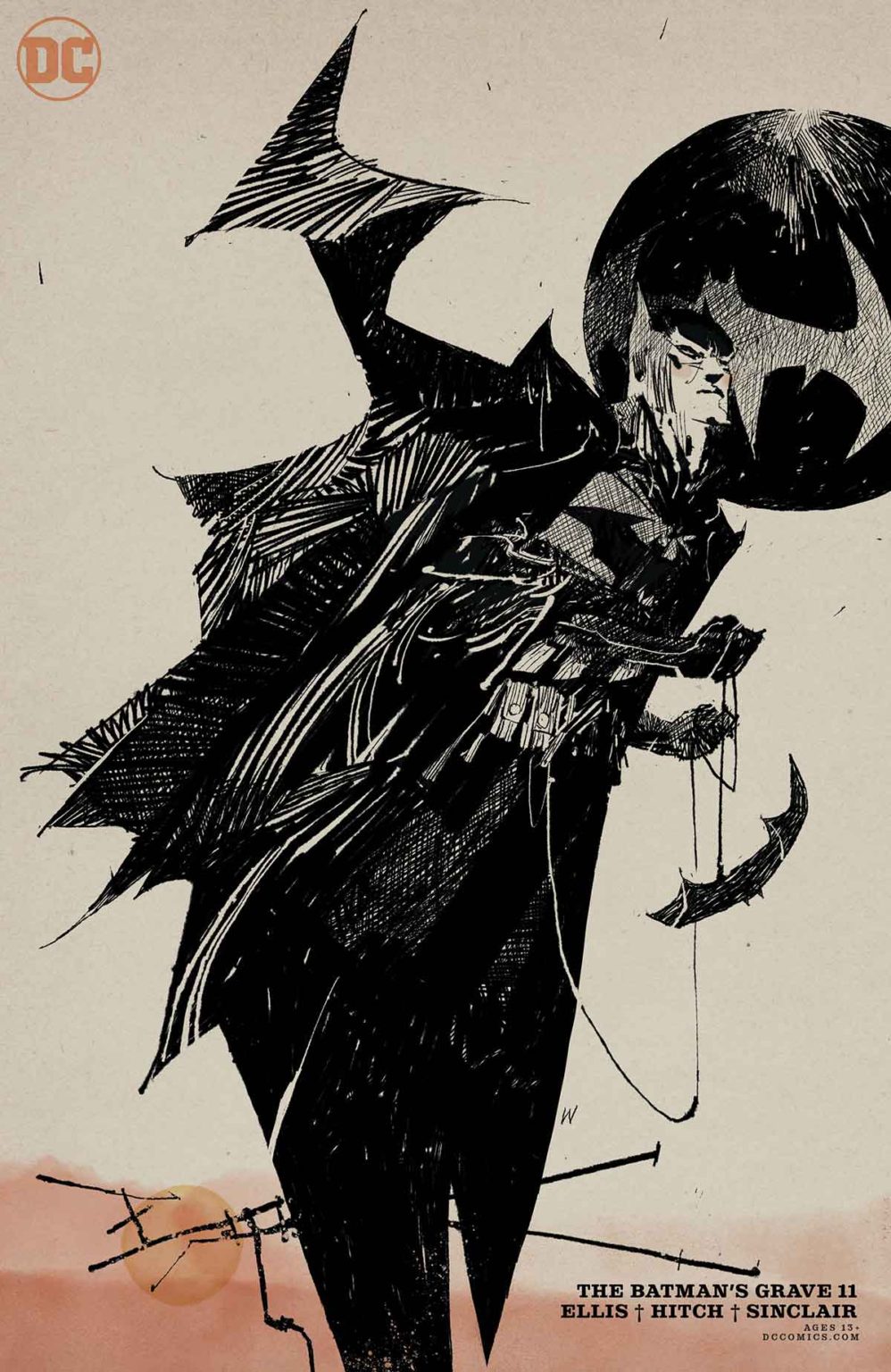 THE BATMAN’S GRAVE #11
Art by Bryan Hitch
Written by Warren Ellis
U.S. Price: $3.99
Scorn’s plan is revealed, and it is nothing less than the reshaping of the structure of Gotham City. Where the Batman imagines a city without crime, Scorn wants a city built on it. The Batman can’t think like him, though-he’s half-dead already!