[Preview] DC The Doomed and the Damned #1

DC THE DOOMED AND THE DAMNED #1
U.S. Price: $9.99
Art by: Daniel Sampere, Max Fiumara, Baldemar Rivas, PJ Holden, , Tom Mandrake, Leonardo Manco, Mike Perkins, Travis G. Moore, Riley Rossmo
Written by: Travis G. Moore, Saladin Ahmed, Marv Wolfman, John Arcudi, Kenny Porter, Amanda Deibert, Garth Ennis, Amedeo Turturro, Brandon Thomas, Alyssa Wong
It was a dark and stormy night when the creatures of the DC Universe began to emerge from their lairs into the cool evening air. Tales of the macabre, the murderous, and the morbid abound in this spine-chilling special about monsters and mayhem! What happens when Batman encounters a true urban legend after speaking its name three times in a mirror, or when Madame Xanadu enlists the help of Man-Bat to take down a shadowy specter? And who can stop an intergalactic demon from turning people into frog beasts? Only the unlikely team-up of Green Lantern and Etrigan! All this and seven more fang-tastic tales to trick your treats and bob your apples. 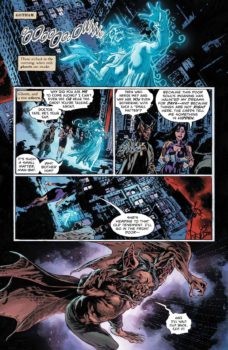 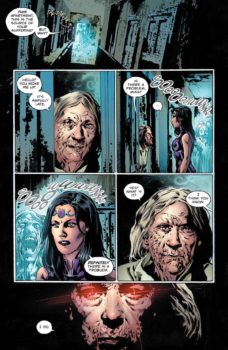 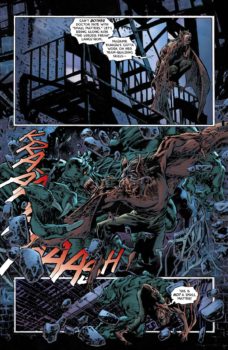 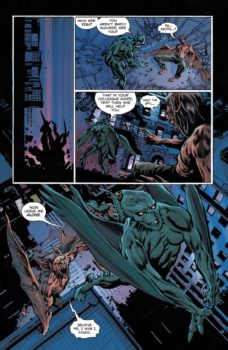 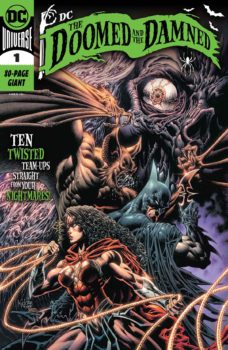 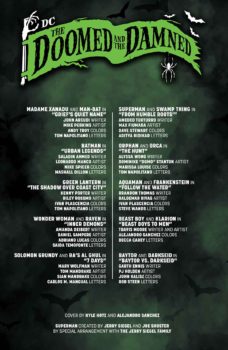