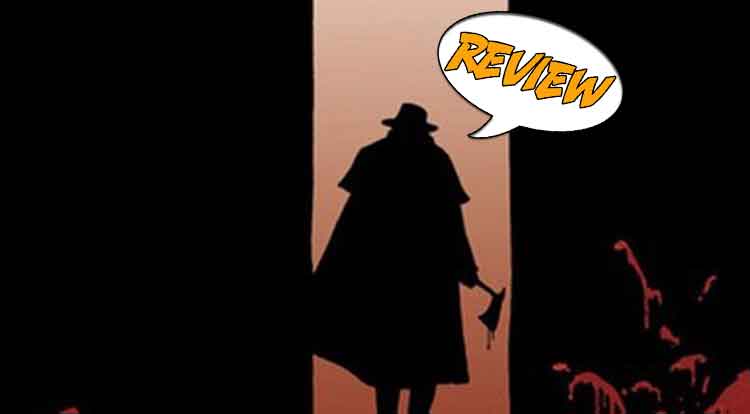 In Moonshine #21 from Image Comics, Joe and Tempest go to Hollywood, while Lou goes on a bender to stop him tearing people apart limb from limb.  But with the Untouchable Elliot Ness on his case, how long before Lous loses total control?  Find out in your next mighty Major Spoilers review! Previously in MOONSHINE: The Torso Killer continues his rampage through Cleveland, leaving a trail of dismembered bodies in his wake.  Lou Pirlo has exchanged zombies from his old home town, for werewolves in Cleveland and is suffering from the exchange.  And elsewhere, Tempest continues her search for her lost father, cozying up to mobster Joe for some answers.

Oozing the atmosphere of the 30s, Brian Azzarello’s MOONSHINE #21 is another entry in a fine series that captures an era of American history drowning in booze, violence and…werewolves?

Azzarello handles the different plot elements of MOONSHINE #21 with ease and aplomb.  In one strand, Lou Pirlo has awoken, naked, after a massive bender, designed to stop his werewolf persona from wholesale mayhem.  In another strand, Elliot Ness is hot on the trail of the Torso Killer, with Lou becoming entangled in it.  And in the final strand, siren Tempest digs her claws into mob boss Joe as she searches for her missing father, Hiram.

There is much to enjoy while reading MOONSHINE #21.  Azzarello has captured the essence and tropes of the era with ease – speakeasies, mob bosses, the brutality of the police, the harsh reality of the Depression-era, the tight and terse manner of speech.  Artist Eduardo Risso comes to the party as well, creating a world of grit and grime, of down at heel people scrambling to survive, the clothes, the hair, the crumbling ruins of an America wracked by financial devastation.

The characterization is also very good.  For all his brutality, Joe clearly has a thing for Tempest, who, for her part, is playing him as easily as a fiddle.  She might seem to enjoy the trappings of a mobster’s mole, but it is all part of her plan to find her father.  Joe and Tempest’s relationship is easily the most interesting of MOONSHINE #21, in part because there are different levels of attachment and attraction on display.  Risso’s artwork shines here, as Tempest dominates each panel she appears in, while Joe’s archetypical mobster – a violent slob – is a lovable seeming grotesque who would happily snap your fingers for talking out of turn.

The addition of a supernatural element in MOONSHINE #21 (hence the name of the series) in the form of a werewolf makes for an interesting twist.  On its own, the criminal element of the series would be entertaining enough – after all, it’s why a movie like The Untouchables was such a hit, and why the more recent Perry Mason streaming series grabbed eyeballs.  It isn’t a major part of this issue, as we see Lou attempting to cope with affliction, or at least, blunt its menace, by the expediency of consuming large amounts of alcohol.  It is only through the agency of a long chat with No Balls Tony (wait until you read that section) that Lou begins to understand Joe’s plans to stymie Elliot Ness, that the audience begins to understand why the werewolf element has been introduced.

MOONSHINE #21 is a fun read, full of extreme violence and entertaining characters who aren’t what the always seem.  The reader is given a real sense of the desperation of the times, and is full of shady characters doing whatever they can to survive in an often violent world.  The artwork is sublime, and Azzarello’s writing engages and amuses.