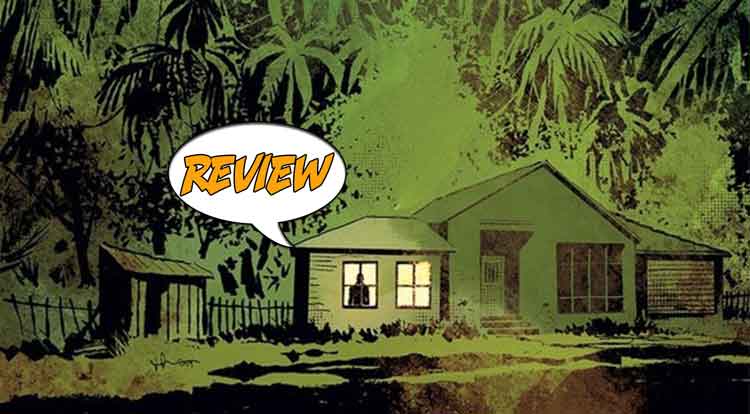 In Lost Soldiers #3 from Image Comics,  the mission to Mexico goes south in all sorts of ways, as the conflict with Burke spirals out of control.  Kowalski does all he can to survive, but the past has its hooks in him deep.  Can he escape that past?  Find out in your next mighty Major Spoilers review! Previously in LOST SOLDIERS: recruiting old soldiers for some black ops run by the government on the side seems like a good idea, until old wounds reopen and new confrontations lead to a disaster.  Kowalski and Burke’s confrontation spilled over into disaster, and the mission went sideways as a result.

Ales Kot has crafted something of a mini-masterpiece with LOST SOLDIERS #3.  It starts as a freewheeling firefight in a lonely warehouse in Mexico.  The artwork from Luca Casalanguida is stunning and visceral, displaying the raw power of modern armaments and the relative weakness of the human body when it is shredded by high velocity bullets.  The image of a dying man crawling towards his jaw, which has been blown away, will haunt you well after you finish the issue.

After Kowalski and Hawkins escape the firefight, LOST SOLDIERS #3 morphs into something more intriguing, an examination of a man’s determination to avenge the wrongs of the past.  Battered and torn, Kowalski doesn’t know whether he’s speaking with Hawkins’ ghost, but his implacable hatred for Burke renders all that moot.  Ghost or not, Hawkins’ voice of reason isn’t enough to penetrate the hardened shell of rage Kowalski has armored himself with.  The last two issues of LOST SOLDIERS promises to be a frightening examination of the emptiness of revenge.

It’s hard to overstate how good Casalanguida’s artwork is in LOST SOLDIERS #3.  With virtually no dialog in the first half, Casalanguida’s work carries the momentum of the story forward.  While the narration intones in the background of the piece, the action plays out in all its bloody glory.  Amidst the spraying blood, Kowalski and Burke’s raw hatred for each other plays out cooly as they fill the air with bullets.  Clever use of angles, and a God’s eye view of Kowalski’s body bleeding out in some abandoned junkyard, are some of the ways Casalanguida brings a cinematographer’s touch to proceedings.

WAR IS HELL, REVENGE IS WORSE

LOST SOLDIERS #3 will leave you depressed, there’s no denying it.  The story, the color palette, the easy resort to violence all combine to create something that will leave you questioning what it is humans are doing to each other.  Kowalski’s single minded pursuit of avenging decade’s old wrongs by Burke is a showcase of how men’s vision of life can be narrowed to a single, warped perspective.  Even when Kowalski, by rights, should simply lay down and die, he refuses to allow himself that grace.  His interactions with Hawkins in the second half of LOST SOLDIERS #3 is as bleak an examination of despair and rage as you’re likely to read any time soon.  Kowalski sits amidst the ruins of his life and describes how his wife left him long ago, taking their children.  Even knowing this, with the chance to walk away, he deliberately declares his intention to kill Burke – self destruction wins out over self preservation in a chilling finale.

LOST SOLDIERS #3 is a masterclass in how to tell a tale of two halves, and demonstrate character in both.  Kowalski’s rage at Burke is ably demonstrated during the firefight, as both men cooly attempt to destroy the other, while a nightmare unspools around them.

LOST SOLDIERS #3 is a deeply unpleasant read, full of violence and negative energy. It is also an essential read, about how war and violence can break men and turn them into monsters. There are very few titles in the genre today that are as willing to take an unflinching look at what people are willing to do, even in the face of clear good sense, when their emotions have been warped by a lifetime of violence.