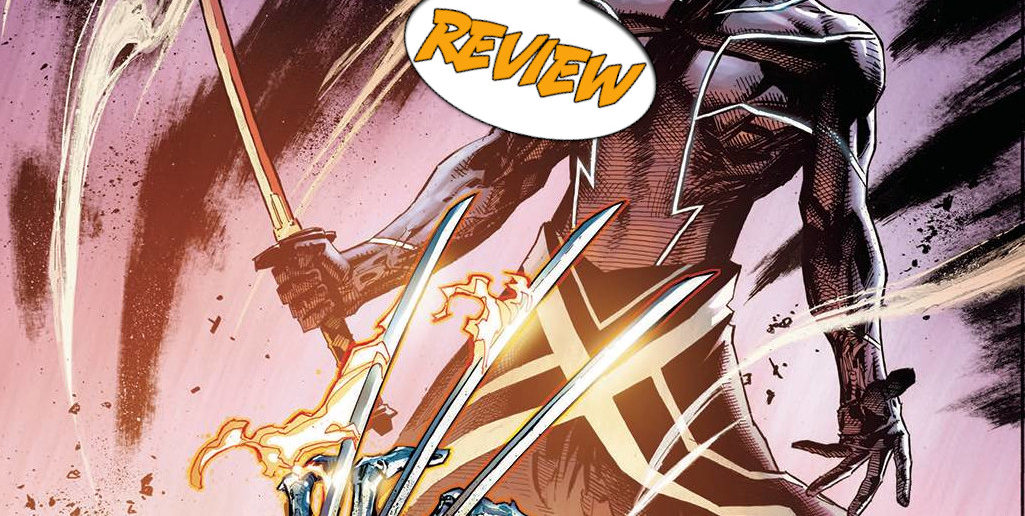 By Christopher Rondeau on October 9, 2020 0 Comments

Wolverine is in hell trying to get Muramasa to fight in the war between Krakoa and Arrako. However, what he finds is his old ally working for The Hand! Find out more in X-Force #13 by Marvel Comics! Wolverine’s skin has melted off and his adamantium skeleton is quickly thrown in jail by The Hand. He meets Solem who arrived here from the Oracle of Arrako. Wolverine takes a pot shot and realizes that Solem’s skin is made of adamantium; meaning they can’t kill each other through normal means. They resolve to work together and interrupt a ceremony between The Beasts left and right hand. The ceremony finishes with the left and right hand being gifted weapons from Muramasa. Wolverine saves Solem’s life when Solem learns the hard way that Muramasa can cut through adamantium but Wolverine is quickly overwhelmed by the Hand’s forces. Solem offers to save Wolverine and offers him one of the blades for a price. The price is never revealed by Wolverine who returns back to Krakoa and takes his place as a champion.

There are a lot of implications here. Muramasa’s swords are the only thing that Solem and Wolverine can use to kill each other. But this bargain that was struck but not revealed doesn’t make any sense if one of them is going to die in this tournament. Whatever was left unsaid between the two means that they are setting up a future storyline. Whether that is a subplot in X of Swords event or a future plot in the Wolverine title will remain to be seen.

I really am enjoying X of Swords storyline and this is the first glimpse of seeing how specific characters are going to play a part in the title as a whole. Solem is such an interesting antagonist for Wolverine because he has let himself go to his base hedonistic instinct while Wolverine always tries to fight it. Solem knows he is a great weapon while Wolverine doubts his place as the champion of Krakoa. Seeing this foil to each other play into this larger event is going to be interesting. 4 out of 5 for  X-Force #13 from me!

Wolverine is in hell looking for Muramasa but his enemy in the X of Swords tournament is also here!