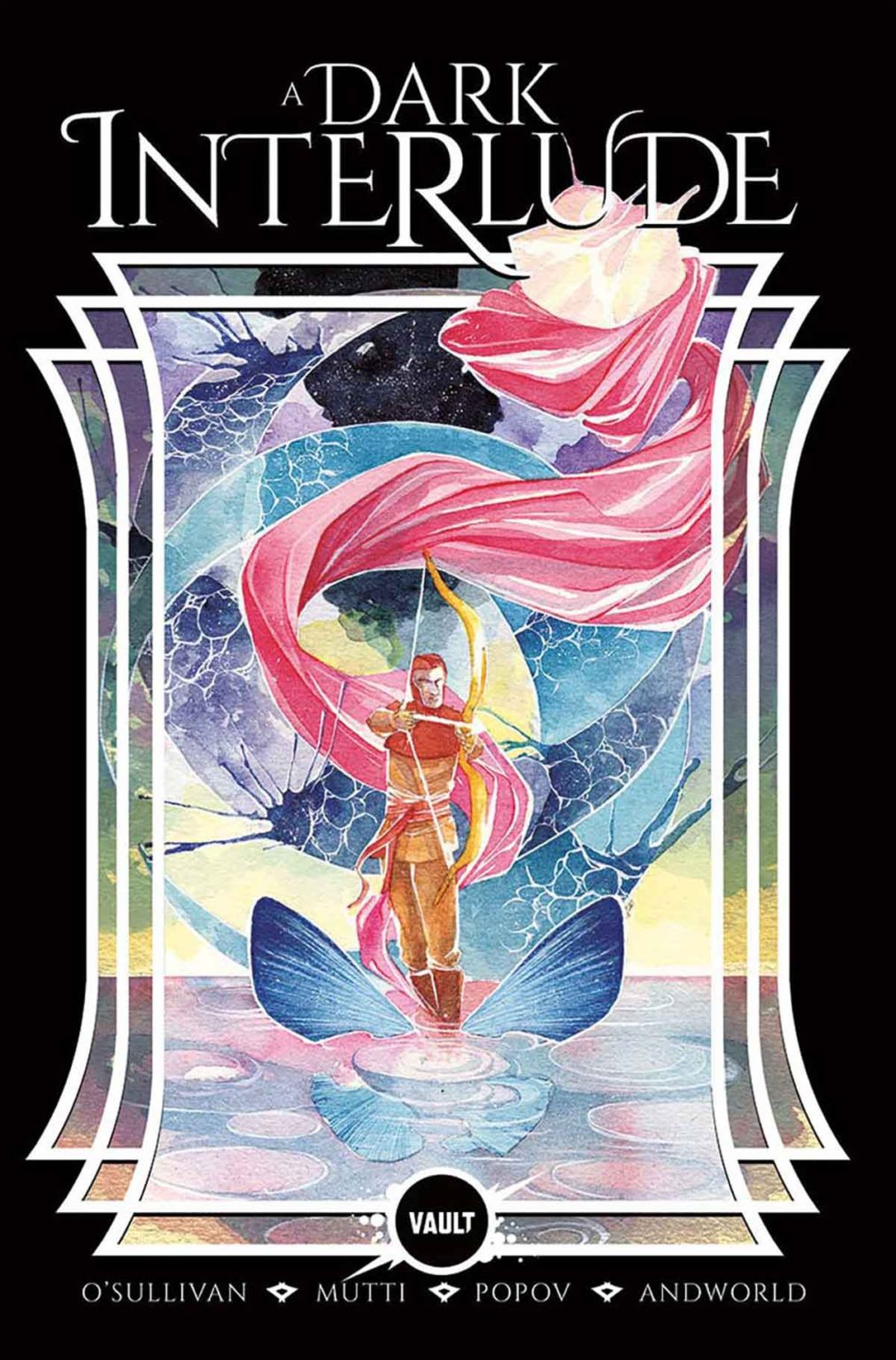 Vault Comics has announced Ryan O’Sullivan and Andrea Mutti are teaming for A Dark Interlude, the sequel to to Fearscape.

From the Vault Comics press release:

Dark creatures from a world beyond our own have us locked in a crisis of infinite sequels.

After the stunning success of Fearscape, comes A Dark Interlude, the story of– “No! The only offence to literature greater than the loathsome synopsis is the sequel. I will not stand idle while some internet marketer mangles and confuses my story, which is intact, perfect, and concluded, with this derivative drivel. Mark my words, this nonsense has nothing to do with my tale. I am not in it. I do not condone it. And you, dear reader, should not buy it!”

Forgive the interruption. That was our narrator, Henry Henry. A Dark Interlude is a stand-alone sequel to 2018’s sellout metafictional dark fantasy comic series Fearscape. The only problem is…the narrator is in denial about it being a sequel, and the entire plot of the book is that endless sequels are keeping humanity stagnant and unable to grow.

A Dark Interlude is scheduled to arrive on November 11, 2020.