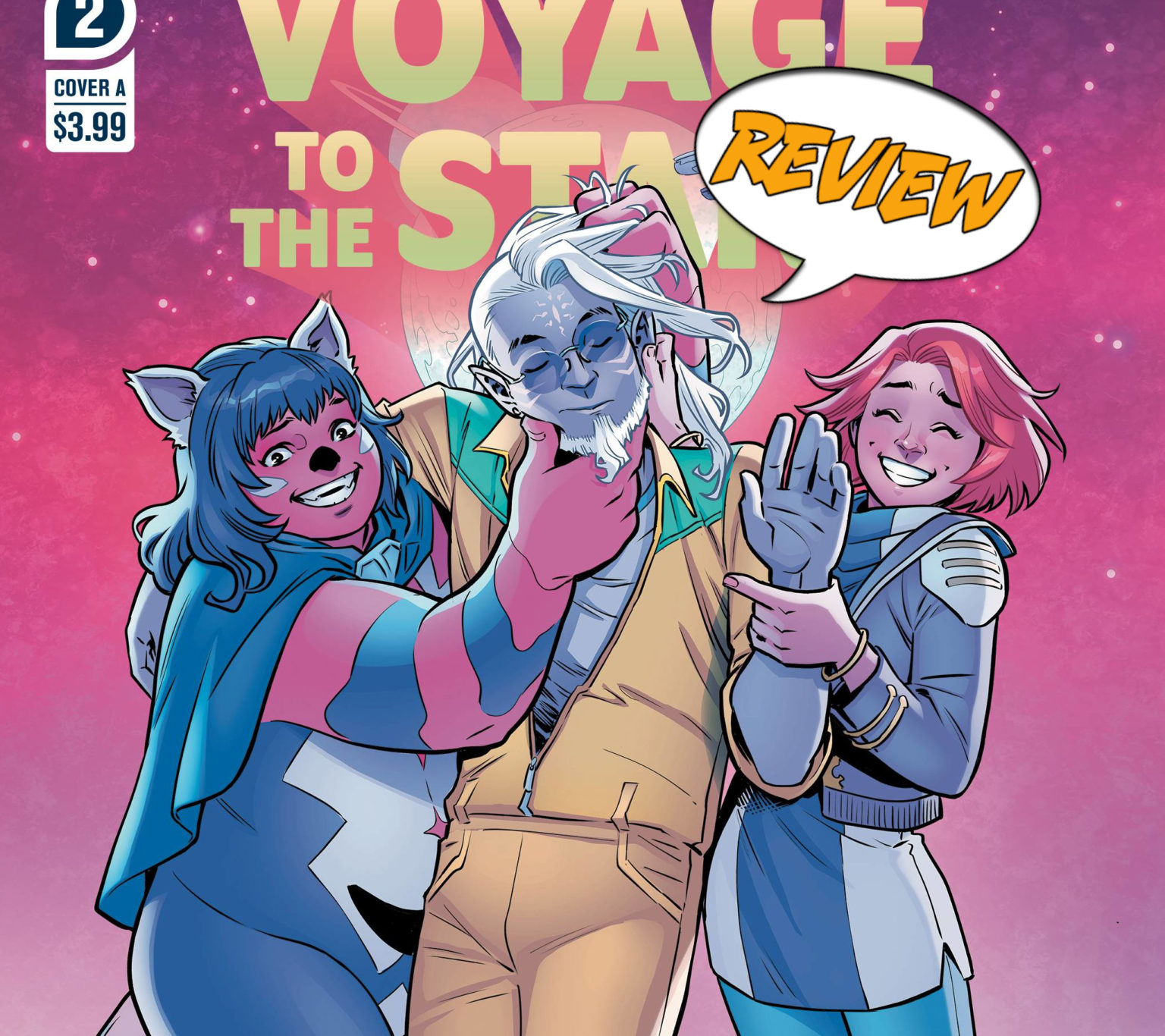 Voyage to the Stars #2 Review

Our protagonists have accidentally killed the Exemplar, the chosen savior of the universe! With the Knights Exemplar on their way what will they do? Find out in Voyage to the Stars #2 by IDW Publishing!

Previously in Voyage to the Stars: Captain Tucker threw a cup of coffee at the Exemplar and caused him to short circuit! Now who will be able to save the world from “The Nothing” that destroyed Earth! How will they be able to get back on track to saving the universe? Who will unite the people?!

The first thing the crew does after the murder of Exemplar is throw the Captain in timeout! Meanwhile, the rest of the crew tries to fake a persona of Exemplar to trick the Knights. Here it is revealed that Exemplar was to find pieces to a superweapon and has the knowledge to bring multiple worlds of people together. Unfortunately, the jig is unsustainable and a battle between Tucker’s crew and the Knights Exemplar but Janitor Stew published a new episode of his podcast! This alerts the cult of The Nothing and both groups flee. Unfortunately, due to a gluten intolerance one of the leaders of the Knights Exemplar exploded. Tucker’s crew now has a Cult and the Knights Exemplar on their tale while trying to figure out how to save the world!

THIS FEELS CLOSE TO HOME THESE DAYS

I don’t know why, but I related a little too closely to people trying to fix a bad situation but just making things worse. That is the definition of the year 2020 for me at least. Being a mediocre person trying to do grand things is just the theme of my life at the moment. And perhaps that is the theme of the book as well. People trying to do their best when they are not equipped to do so narrated with a sense of humor. And on top of that, I realize that I’m just invoking my own personal feelings on the narrative and it is probably just supposed to be a good fun time.

The pacing of the story picked up quite a bit from the last issue and is adding a lot of complexity to the story. However with only two more issues to go in this series, I hope they can begin to wrap up some of these story points. If they continue to add complexity to the comic they may just jump the shark.

You know, for a comedy comic book I was pleasantly surprised about this story. I read it at the right time for the story to ring home. Perhaps this is the correct time for a story like this to come out. If it was at a different time, I don’t think this story would have entertained me or have been effective. 4 out of 5 stars from me on this one!