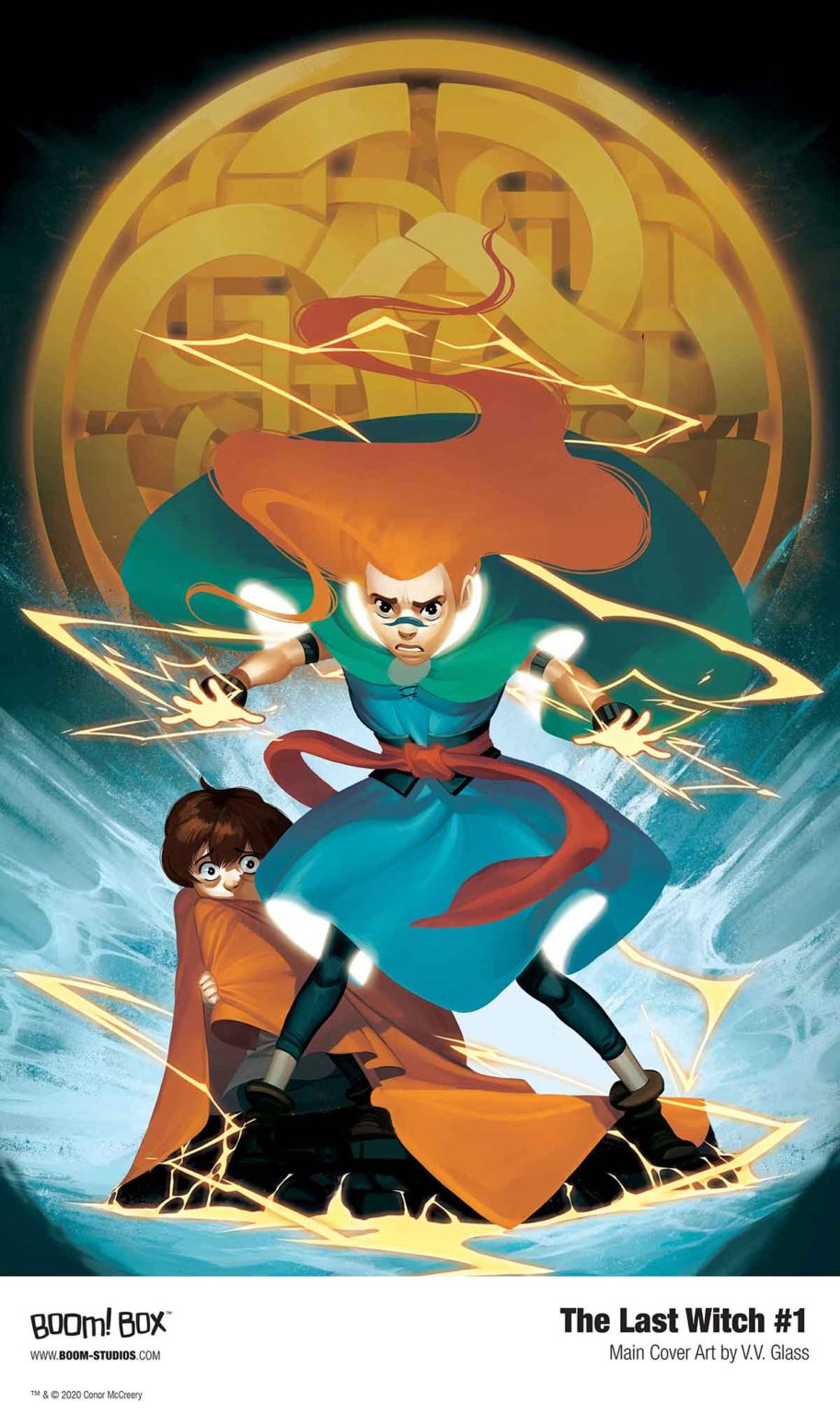 BOOM! Studios announces The Last Witch from McCreery and Glass

BOOM! Studios has announced The Last Witch from writer Conor McCreery, and artist V.V. Glass will arrive in January 2021.

“THE LAST WITCH is the perfect story for all the magical humans out there who are on the verge of discovering their destinies,” said Shannon Watters, Senior Editor, BOOM! Studios in a press release from the publisher. “Vengeance, fantasy, and fate all combine in this exciting new adventure series, and we can’t wait for readers to catch a glimpse of the magic Conor, V.V., Natalia, and Jim are brewing!”