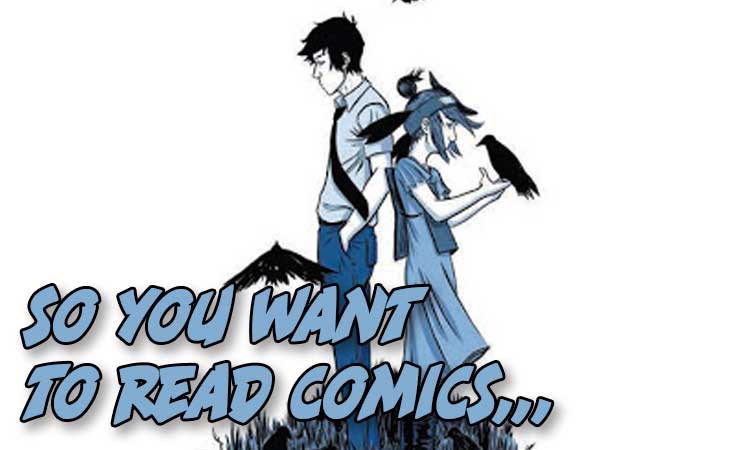 So You Want To Read Comics: Norse Mythology Edition

You must be worthy, because you now possess the power of… “So You Want To Read Comics”, our weekly feature where we focus on one topic and then suggest comics for new readers to check out based on that topic. This week we’re heading north and checking out Norse Mythology.

Last week we took a look at Greek Mythology, so it only seems fair to take a look at it’s Norse counterpart here.  While not as readily known as other groups of myths, Norse Mythology is possibly the most well represented of the mythologies in comics and comics based media.  Characters like Thor, Valkyrie, Odin, and Loki have been in comics for decades and the massively popular MCU has thrown them straight into the public consciousness.  But, these are far from the only interpretations of these legends in comics.

So let’s take a look at some comics that will be perfect for the fan of Norse Mythology.

Long Walk To Valhalla is the story of an Arkansas man named Rory who’s informed he’s going to die, after meeting a valkyrie on the side of the road.  Now while Long Walk To Valhalla isn’t necessarily a retelling or reimagining of Norse Mythology, what it does do well is take the aspects from it that it needs in order to tell a deeply personal and emotional story.  Essentially, Long Walk To Valhalla uses mythology for its purpose, to bring an understanding to something that has no explanation.  In the day they were used to explain natural phenomenon and creation, here it’s used to explain matters of the heart like love, grief, and regret. What’s really amazing about Long Walk to Valhalla is that it takes these elements of Norse Mythology, throws it into a comic book, then sets the whole thing in rural Arkansas and manages to mix it all together to create an impactful and relatable story.

Don’t let the title of this one fool you, this adaptation of Neil Gaiman’s modern classic is deeply steeped in Norse Mythology.  This is the story of Shadow Moon, a recently released convict with nowhere to go.  He’s quickly recruited into a war between ancient gods and the things that are worshipped today.  What makes this so interesting is that while this is another story that takes these gods and repaints them in a modern hue, it also hangs onto a lot of old details, some of which only real fans and scholars of mythology will catch and in turn have a deeper insight into the plot of this story.  Also, the novel that this is based on is wildly popular and known for being one of the best written in decades and this comic retains a lot of that writing transformed into classic comic book narration boxes. This is certainly a fun read for fans of Norse Mythology.

Did you check any of these out? What do you think of them? Any suggestions of your own? Let us know in the comment section below.