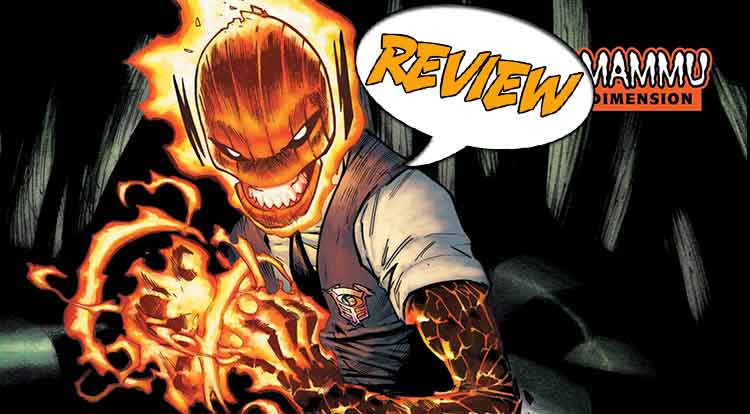 Previously in Strange Academy, the students have settled in and started forming bonds, or in some situations, rivalries.  What the students don’t know is that there are mysteries that the faculty is hiding from them.

Strange Academy #3 opens with the students of Strange Academy trying to access their third eye with the assistance of The Ancient One. Everyone struggles with the lesson accept for Emily who takes to it quickly and is able to see the interdimensional creatures that surround everything.  After this, the students are dismissed without any homework for the weekend.  They take this opportunity to hit Bourbon Street and see what their new home has to offer.  The group heads out and immediately are torn between going for beignets or checking out a voodoo shop.  So they split up with Emily, Doyle, Zoe, and Iric checking out the voodoo shop and the others going for food.  As they go through the shop the group is stopped by a fortune teller who insists on giving them readings.  She first attempts to read Emily but Doyle steps in.  When the fortune teller grabs his hand he’s shown images of destruction and death.  Eventually Zoe steps in, saying something that catches the old fortune teller’s attention. Afterwards they’re alerted to the fact that the other half of the group is in trouble with some hoodlums.  They go and confront the thugs, with Emily using her newfound connection to her third eye to scare the criminals away.  Little do they know, another group has been watching them the whole time.

Pretty Basic With Some Hints At Bigger Things

There isn’t anything really exciting or special about the plot to Strange Academy #3.  It’s a typical “group of kids hit the town without supervision, some wacky stuff happens” plot that’s popped up in countless TV shows and movies.  That’s not to say it’s bad, it makes sense, it’s just a tad rote at this point.  What is interesting is finally seeing a bit more of what’s under the surface with characters like Doyle, Zoe, and Calvin.  Seeing them react to stress and confrontation is interesting and helps expand them as characters.  This issue also does a nice job of solidifying Emily as a de facto leader of this group and seeing how she handles things, makes a case for her not being a complete “goody two-shoes” type.

For the most part the characters of Strange Academy #3 are fairly distinct with clear identifiers.  But there are a couple that do look similar like Chase and German and in this issue we just so happen to have a small action sequence with both of them.  This made it a little difficult to tell the difference.  Other than this, this series remains bright and colorful with a lot of stylish flourishes that is pretty fun to look at.

The Bottom Line:  By The Numbers Plot With Good Execution

Strange Academy #3 certainly doesn’t re-invent the wheel. But, it does manage to take a well-used plot and do it well and added enough to make it mostly fun. Other than a couple panels that aren’t as clear as they could be, the art is still colorful and enjoyable.  3 out of 5 stars.

Strange Academy #3 doesn’t do anything to shake things up, but it still manages to be a decent little adventure for a group of fun characters.