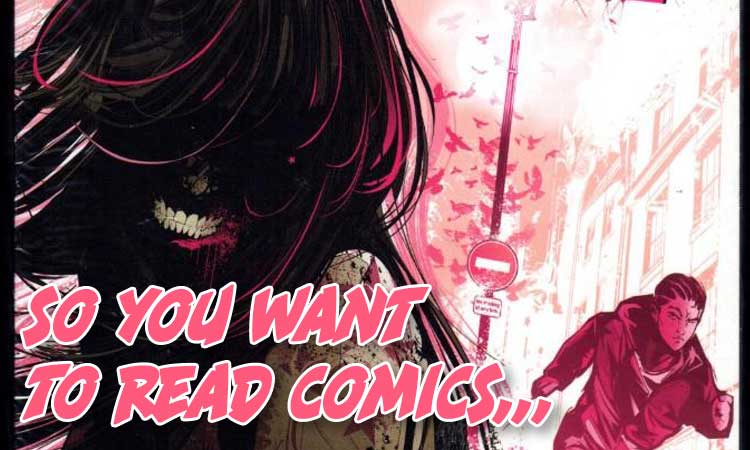 So You Want To Read Comics: Greek Mythology Edition

It’s that time to go the distance, with “So You Want To Read Comics”, our weekly feature where we take a look at topics, then recommend some comics for those who’ve been on the fence about getting into them. This week we’re taking a look at Greek Mythology.

Mythology has been a core element of history and culture since the dawn of man with some of the most famous and celebrated myths coming from Ancient Greece.  In ways, it’s this style of storytelling that would eventually evolve into comic books and the similarities are still apparent.  Gods like Zeus and Athena, monsters like The Minotaur and The Hydra, superheroes like Perseus and Hercules, adventures, treachery, drama, and tragedy, these are the things that have captivated people for millennia.  Some people even devote their entire careers to the study of them. But here’s the crazy part.

All of these things, sometimes literally, exist in comic books.  So let’s get to the recommendations.

Wonder Woman is a character that has long been steeped in Greek mythology.  But, she doesn’t interact with it as much as you’d think.  That is not the case with this volume.  In this series Wonder Woman’s origins and early history have become a cobbled together version incorporating various aspects of her actual history in comics and she must embark on an adventure to set it straight.  This journey brings her face to face with not only characters from her comic history but mythological figures like various gods and monsters, some of whom aren’t the usual names you typically here in popular culture. As an added benefit this is the first Wonder Woman volume after the company wide continuity reset DC did called “Rebirth”.  So while there are references to old continuity it’s not too bad and a decent place to start reading DC comics.

There’s no shortage of comic book series that take gods and other mythological figures and puts them into a contemporary setting. Greek Street is one of these, taking the stories of Greek mythology and resetting them in modern day London.  What sets Greek Street apart from these other reimaginings, is that it doesn’t depart too far from the source material in plot or in brutality.  In fact, the first story told is the Oedipus, one of the more troubling stories stemming from Greek theater.  What is most astounding about this series that even though it doesn’t lose the harshness that so many of those old legends contained, it never feels out of place with it’s own modern day setting.  Also, this is a relatively short series, with only three volumes total, so it doesn’t require a large time investment and will be a nice start to any collection.

Did you check out these recommendations and what do you think? Do you have some of your own? Let us know in the comment section below.