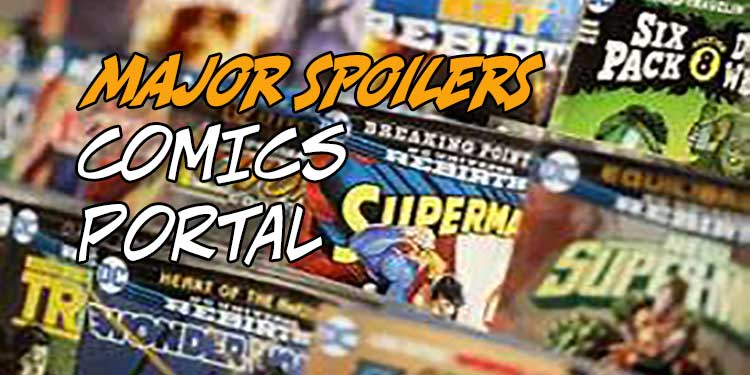 Local comics shops are doing the very best they can these days! However, I recently came across three stores, all within five miles of each other, that are doing things very differently!

WHAT WAS GOING ON? “My” local comics shop (LCS) does a terrific job of meeting my “wants” when it comes to comics and related items. However, recently her orders for DC statues were cancelled through no fault of her own, and that meant the soonest she could get the Alex Ross Batman statue would be November. Given the state of things, the owner told me she was sure she could sell it if I found it somewhere else.

Since I had already seen it in a different LCS, I knew it was out. When I went back to buy it at this other store, they had already sold it. That meant the hunt was on! As I used to tell a co-worker, it’s not the “getting,” it’s the “having!”

I checked through Facebook and discovered a store not all that far from where I live that had it, so a group of us decided to make a day trip out of it and see if we could add that statue to my collection. (Like I didn’t already have a lot of Batman statues!)

The store names have been hidden just because I didn’t want to damage the reputation of any store involved especially if I was making a bad assumption or two about them!

STORE #1: SURVIVING AND EVEN THRIVING!

The first shop we went to did indeed have the statue I was looking for, and in great shape! The owners put it behind their counter while we looked over the place.

This store was a great one! They had a wide wall full of comics, including Indie books I knew were local and even some from out of town! I had already interviewed many of those creators, and it was encouraging to see a store doing such a wonderful job of supporting them!

Then there were literally stacks of Pops! All kinds of them! While I have a few Pops, I don’t get into it, but a lot of other folks do because there were several shoppers picking out the ones they wanted to buy while I watched.

Speaking of which, the store was open and did require you wear a mask. They had a LOT of open space for shopping, mingling, playing games, and even buying some snacks and liquid refreshment of many kinds.

I spoke with the owners briefly, and they told me they have just logged the best months ever since they opened a year or so ago! And this was since they had reopened following closure due to the pandemic. I had seen some of their online sales on Facebook, and they do a great job of keeping product moving. They even said they were likely to hold more online sales once a month moving forward.

I also made a connection with a local comics creator, who I hope to talk with before long on my podcast.

It was a super experience, and we bought a goodly number of things, so I expect we’ll be back before too very long!

Whenever we travel, we always check out other comics shops to see what’s happening in the area. We discovered that there were two other stores, both within a five-mile radius. We headed to the next-closest store.

We arrived to find a sign on the door saying that they only sold comics to people who previously made arrangements so they could be delivered curbside only! Interestingly enough, the shop was half comics and half gaming, and the gaming half was open! However, you had to call a phone number and let them know you wanted to be let in to check out their gaming wares!

They kept close tabs on the number of people inside, and the comics area was cordoned off. They preferred that you not even LOOK at them so you weren’t tempted!

Fortunately, one of us is a big collector of Magic cards and the like, so he bought several items there. Me, I learned a thing or two about gaming while the comics called to me from the other side of the store.

I don’t know if they are two different organizations in one store, but it struck me odd that you could shop for games but not comics.

There was another shop a mile or two away that clearly indicated that they catered to collectors. They sold only things that were graded 9.9 or above after being rated, mostly.

I saw a Batman statue there that I had never seen before, a Steel Age Batman that cost a good $250. It was out of my price range, but I did find a hardcover Batman book I had been looking for.

When I was buying that hardcover, I spoke with the owner and told him that, even though I was a big Batman fan, I had never seen the statue they had. He told me he likes to sell things you don’t find in most other stores. He described it as a “steampunk” version of Batman. He actually had two up on their shelves, so I told him I’d keep them in mind.

If you wanted what came comics out that week, you didn’t get them here. If you are a collector, it’s heaven because of the unusual and unknown product they had.

Of course, they also required a mask, but they had fewer customers there. However, those people usually did buy an expensive item or two, so I’m sure I was something of a disappointment when I only bought a $20 hardcover! However, $20 is still $20, and it’s a place to remember when I’m after that hard-to-find Bat-thing! I have my statue ready to display at home, and I came away with an increased appreciation for store owners, all of whom are working hard at staying open—and hopefully even doing well!

What each LCS does to meet the needs of their customers is obviously very different from those even just a few miles away. It depends on the owners, their clients, and the situation they find themselves in. And this varies widely even within a few miles of each other!

The thing I want to emphasize is: If you shop at an LCS that meets your needs and even your wants, support them! Now! Of the three stores I shopped at within an hour or two, one was soaring, another was focusing on a specific clientele, and another was doing what they felt they needed to do to keep everyone safe.

It’s up to each store how they handle it now! But they need US to keep going!

What do you think? How does your LCS handle business these days? Are you supporting them? If so, how? If not, what are you doing to support the industry? Whatever your opinions, please share your thoughts in the space below!