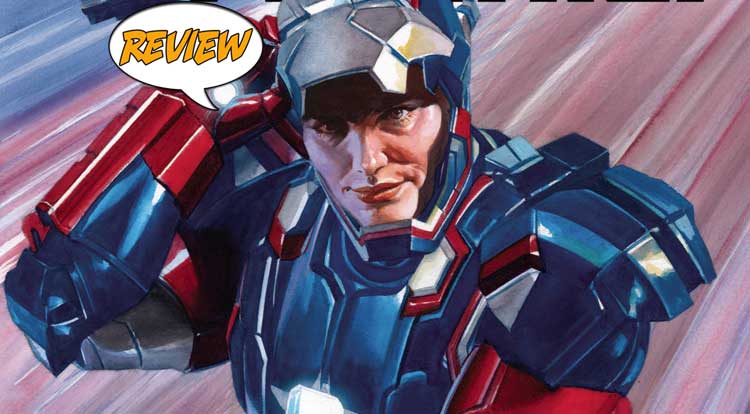 Previously in Captain America:  A restoration!  A resurrection!  A bit of redemption!

And the return of Cap’s number one foe!

Last issue, Captain America and The Falcon were taken down by Selene, the psychic mutant, only to get saved at the last moment by Peggy Carter’s Daughter of Liberty in the form of Agatha Harkness, Shuri of Wakanda and Sharon Carter, wearing the Iron Patriot armor.  The tide turns quickly, but Selene is still a bit too strong for them, leaving Sharon to handle most of the fighting as Agatha gets the victims out of the way.  The battle goes well for a bit, until Selene captures Sharon in a prison of stone, slowly crushing her to death.  Sharon uses the moment of her oncoming death to consider how her advanced age (which she gained after a couple of decades stuck in an alternate dimension by Baron Zemo some years ago.  She outwits Selene, forcing the mutant to burn out her stored power, leaving Selene helpless and capturing her to be shipped off to Krakoa for judgement.  As the issue ends, Shuri somehow reverses Selene’s powers to restore Sharon to her correct chronological age once more.

All in all, this issue makes for an insightful look into the mind of Sharon Carter, a character who often gets sidelined as “Cap’s girlfriend” or shoved into the role of enigmatic girl Friday.  This issue allows her to “talk” about her relationship with Cap, with her no-longer-dead Aunt Peggy and a long life spent inches from the superhero battles of the Marvel Universe, and it’s really well-done.  I especially like the final page splash of young Sharon, showing off Quinn’s artistic chops.  The whole combat sequence is slick and impressive, and Selene hasn’t looked this good since the old days of John Romita, Jr.  (Of course, this time she gets to wear pants.)  Given that next issue promises the resurrection of the Red Skull, I’m glad that we got this side-trip into one of the longest-running supporting characters in Captain America, especially since it finally allows her to get back to her regular age, a strange plot point that seemed to be done originally to tie her into Agent Carter’s role in the MCU.

All in all, Captain America #23 makes for a good read, with Quinn’s art making for a slick and entertaining issue and Coates’ script giving us the clearest look at Sharon’s state of mind in recent memory, earning a better-than-average 3.5 out of 5 stars overall.  I had lost track of this volume of Captain America after the first few issues, but now that I’ve read this comic, I may be back in for Cap’s monthly adventures again for a while.

This issue takes a brief detour from the ongoing narrative for a deep dive into Sharon's psyche and it works pretty well, even if it seems to mean the end of Iron Patriot.