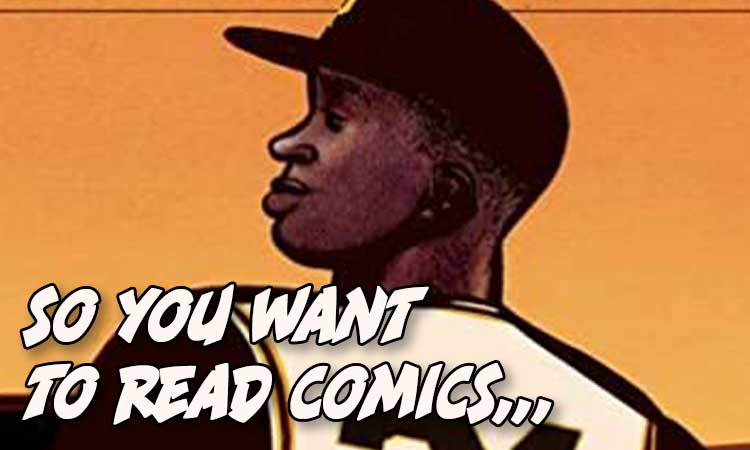 So You Want To Read Comics: Sports Edition

Hello friends, welcome to a tradition unlike any other.  It’s “So You Want To Read Comics” a weekly feature where we focus on one topic and then recommend some comics for you to check out based on it. This week we’re taking the field and looking at sports.

This has been a strange year, to say the least, and sports fans know this well.  After facing a possibility of having no sports this year, to now having professional basketball, baseball, hockey, golf, tennis, American football, and college football all going at one time. It’s truly a feast right now for sports fans, but it’s not just TV and radio where they can find the drama and entertainment that competition can bring. Comics have had a long history of immortalizing sports within its pages all the way back to the early 20th century.

So let’s just get down to it.  Here are your recommendations.

21: The Story of Roberto Clemente

Baseball, and sports in general, has no shortage of larger than life figures and Roberto Clemente, while maybe not as well known as others, is perhaps one of the most deserving of being in this position.  Wilfred Santiago takes Roberto’s amazing life story, pairs it with clean and expressive art to create a true celebration of this athlete who’s impact extended far beyond the diamond. What’s nice about this is that the focus isn’t just on Roberto’s athletic accomplishments.  There’s a sizable portion of this book devoted to Roberto’s activities outside the stadiums that in turn helped elevate the mystique of the sport. Essentially 21: The Story of Roberto Clemente manages to not only tell a poorly represented tale of not only a single man, but also the heart of why baseball holds the title of America’s Pastime.

Peng! Is a hyperactive, 4th wall shattering, and bombastic comic book devoted to the over-the-top action of a kickball tournament. Presented in the same vein as Shaolin Soccer and Volcano High, Peng! Takes something as mundane as a game of kickball and amps it up to 11.  It leaves nothing untouched either, fans of watching sports on TV will recognize the ways it takes things like product placement, inane player analysis, and press conferences, and twists them to fit into a kung-fu movie motif. One word of advice though is that you shouldn’t be afraid to read this more than once.  There’s a lot happening in these pages, with little jokes hiding in the corners and call outs to other comics scattered throughout, but none of these have any true impact on the story.

So, what do you think?  Did you like these recommendations, do you have some of your own? Let us know in the comments below.