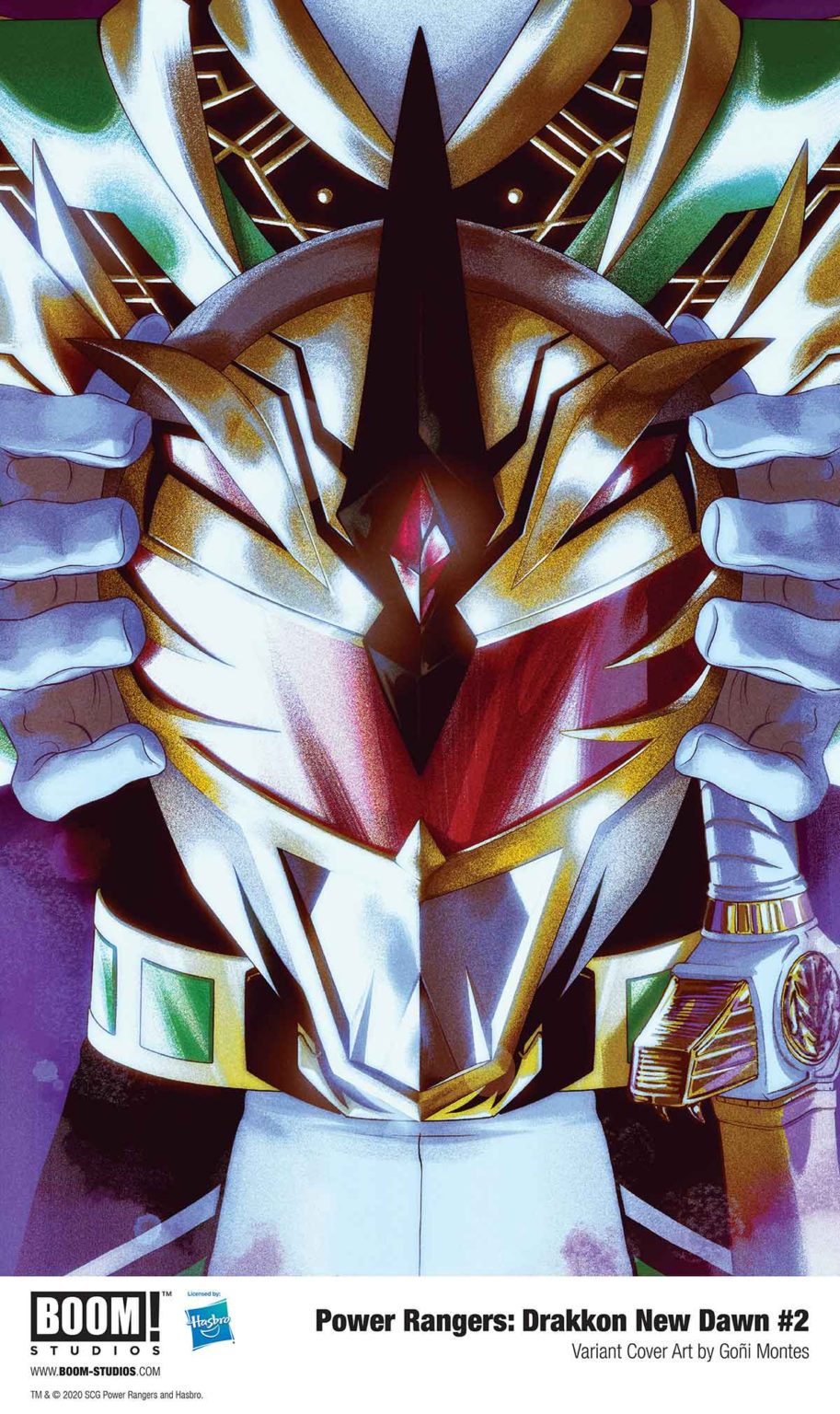 There’s a new Ranger that appears in the upcoming Power Rangers: Drakkon New Dawn #2, and we have a first look at the issue from BOOM! Studios.

Still reeling from the shocking discovery held deep in the heart of Drakkon’s prison tower Deadlock, Kimberly unknowingly triggers Drakkon’s final failsafe, sending a message deep into space that will ultimately put Kimberly face to face with an enemy even more powerful than Lord Drakkon himself. Will the Unknown Ranger she freed help her—or stand against her? And who exactly is hidden behind the mask?