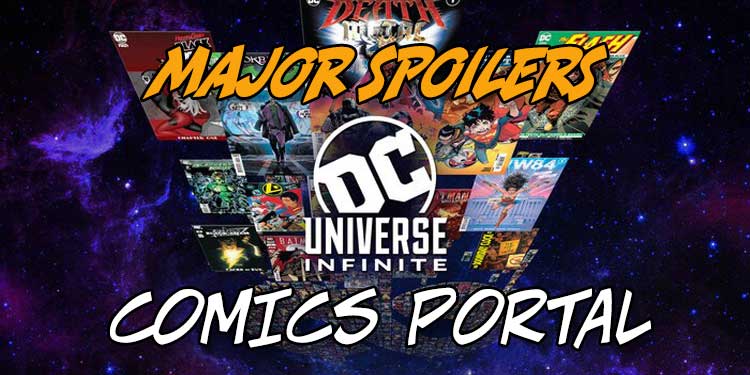 COMICS PORTAL: I Stream, You Stream, We All Stream…

One of the biggest trends going on right now is streaming, and one service I like is changing quite a bit in 2021!

WHAT IS STREAMING, ANYWAY? It’s hard to log on to any computer these days and not get someone asking you to join their streaming service. I never thought I’d sign up for any, but I recently gave in and signed up for a music service for $19.99 (double their usual price so I could get their music on several devices). I don’t know how they make money at it, but I like it! Even TV networks have similar services, like NBC has their Peacock streaming service.

Here’s one definition for streaming: “a method of transmitting or receiving data (especially video and audio material) over a computer network as a steady, continuous flow, allowing playback to start while the rest of the data is still being received.”

You can download some streaming content depending on the service. But streaming lets you access content any time, from any place, for as long as you want. For more on streaming and how it works, I recommend this article.

Of course, comics streaming services don’t want to compete with your LCS, so often the newest content takes a while to arrive there. If you don’t buy comics on a weekly basis (like I do), you might be okay paying less to get more. Here’s the most important paragraph:

What this basically boils down to is that DC Universe, which provided a lot of original content of various types, is now morphing into DC Universe Infinite, and they’ll only provide online comics.

A year or two back at SDCC, I saw DC Universe’s launch and was intrigued. Of course, I’ve loved their original shows, including Titans, Young Justice, Doom Patrol, Swamp Thing, and Harley Quinn, and I’ve also watched specials on the Batmobile and the psychology of Batman. However, the live-action shows, the animated material, and any other specials are all now shifting to HBO Max, a Warner Bros.-focused streaming service. (You know, the one with Zack Snyder’s version of Justice League coming to it!)

The good news for many is that the message boards apparently will continue when Infinite arrives. That helps keep people who read the books online (or get the paper versions) talk about the goings-on in DC with other fans. I talk with people at my LCS, but not every store likes customers talking. Some shops prefer the “library” approach in which you quietly pick up your stuff and leave right after paying for it. I like to chat about the latest news myself.

We already have HBO Max where I live, and I enjoy that service as well, but what I’ll miss most from DC Universe will be their animated shows and movies. For instance, I’ve been watching The New Adventures of Superman from 1966 a lot recently. One night when I couldn’t fall asleep, I watched Batman Ninja, which featured the Dark Knight and his friends and foes being transported back to feudal Japan. It was action-packed, so it didn’t help me go to sleep, but at least I got to see it!

On the other hand, when I had fallen behind on DC’s Batman Beyond comic, I got to catch up by reading early issues of the current run on DC Universe. (I’m still going to miss it when it ends at #50 soon!)

Like their Marvel counterpart, DC Universe Infinite will not be putting out the most current of content. It seems to vary based on the title, but it often looks like streaming content on these services runs at least two months behind, though it can be longer than that at times. (Of course, if you want to pay per issue to read the latest content, go to comiXology.) In this column and in my podcast, I often wonder out loud just where the comics industry is headed. I’ve talked about trades taking over from single issues (or “floppies”), digital FTP sites replacing your LCS, and other possible directions.

Now, a lot of people are saying streaming is the wave of the future. We won’t even go to an FTP site to download comics—we’ll just log in to the streaming service we prefer.

Personally, I don’t think this is what will happen. I mean, digital sales have pretty much stayed the same over the years. They haven’t replaced paper copies—not by a long shot! That doesn’t mean I don’t buy digital comics when I can’t find a paper copy. If I want to read a book, I will definitely order the “floppy” and pay for the digital version so I can read it right away. I call this “double dipping,” and I’m sure creators LOVE it when I do that! They get my money twice for the same product!

In the end, though, I think streaming is the latest “trend,” and by that I mean something that will stick around for a while only to be replaced by something else before too very long. I liken it to plastic albums that became CDs that went to digital downloads and are now streaming. It’s the NOW thing that will only last until the next NOW trend comes along.

That’s okay, but it’s not here to stay!

I’ll get DC Universe Infinite because it will be helpful to have, but I will now have two streaming services where I once had one. I’m sure Warner Bros. just loves to hear me say that!

What do you think? Did you have a subscription to DC Universe? Will you subscribe to DC Universe Infinite? Or will you only get HBO Max? Maybe you’ll skip the whole streaming thing! Whatever your opinions, please share your thoughts in the space below!