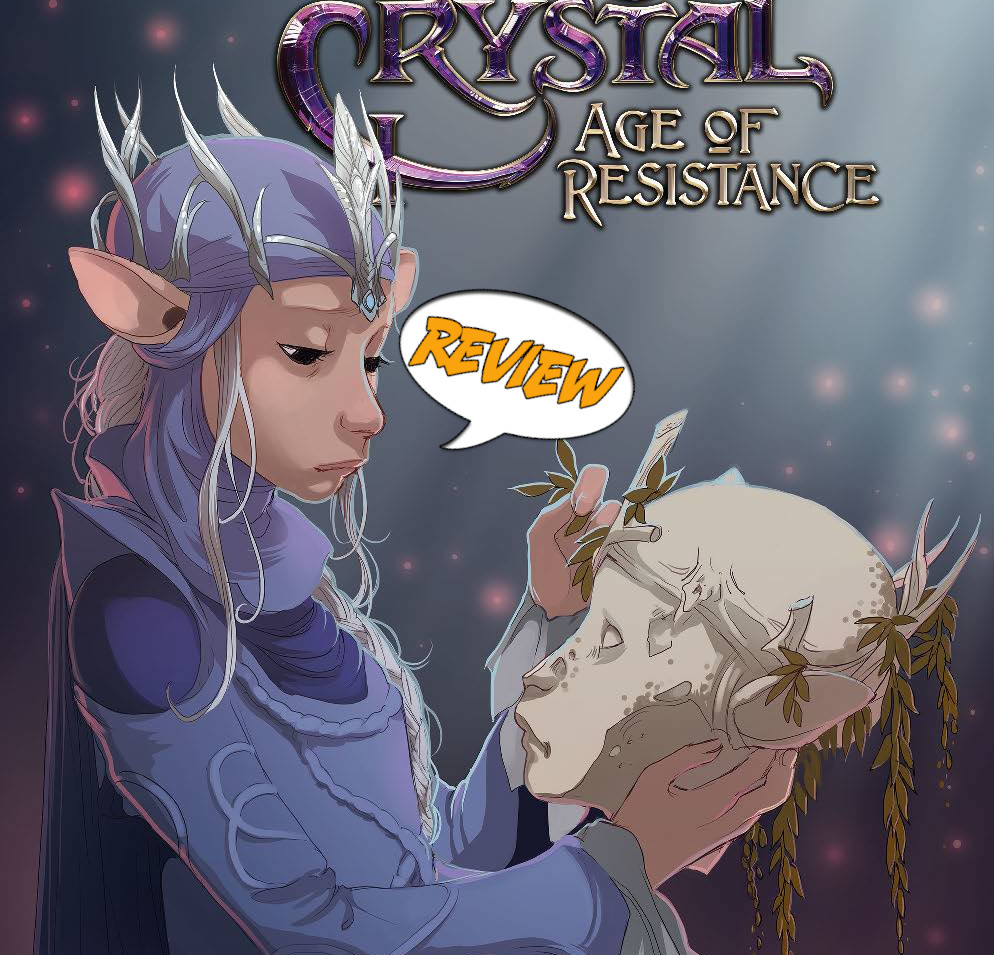 All-Maudra Mayrin and Kam’lu and still stuck in the belly of a fish! Will they be able to escape and reunite the Gelfling before civil war breaks out? Find out in The Dark Crystal: Age of Resistance #11 from BOOM! Studios.

Previous in The Dark Crystal: The Sifan Clan are trying to break off from the united Gelfling race. All-Maudra Mayrin heads to parley with them after her coronation. On the way there, they are escorted by Captain Kam’lu, a Sifan loyalist but unfortunately, the ship is attacked by Mondo Leviadin and swallows Mayrin and Kam’lu whole. Led by Princess Gunda, a podling who lives within the belly of the beast, they head to the blowhole to try and escape.

Princess Gunda lead Kam’lu and Mayrin to the gateway of the Toothrakes; a dangerous path that they must traverse. They are immediately attacked by Zoa which are a unique type of poisonous Arathim. Kam’lu is injured in the fight but they continue to move on despite the wound. They find an abandoned ship that once belonged to Mayrin’s mother which connected Mayrin and Kam’lu to a mutual understanding. Despite the cute moment, they are again attacked and Kam’lu and Gunda stay put to let Mayrin escape. But Mayrin disagrees and defies her own limits to fly and save both of them. Meanwhile, the council is meeting to discuss Sifan independence and while many want to wait until a new All-Maudra can be elected, Counselor Dot’leth returns to take Mayrin’s place in the negotiations.

The issue ends on a surprising theme. Throughout this arc, Mayrin views her mother as a cold person who pushed her too hard. Now the comic book tries to teach us that her mother’s actions made her strong and it almost sounds like the comic is trying to excuse her mother’s harshness. We have one more issue in the arc to explore the theme, but it will leave a dry taste in my mouth if we forget the emotional abuse that Mayrin endured.

The story picked up quite a bit since the last issue. I finally became attached to the two characters. I think that as the protagonist began to like each other I in turn began to like them more. Through them seeing the best parts in each other, I finally began to enjoy the story and the adventure. The writing and art was stronger and has regripped my attention into the series.

I am reinvigorated to finish out the series. Now I am excited and sad that the next issue will be the last but I want to see if Mayrin can unite the Gelfling again. And what about Kam’lu? Will his loyalty lie with Mayrin or the Sifan people? I anxiously await the ending to this great mini-series about a world I didn’t know I was interested in. 4 out of 5 for Jim Henson’s The Dark Crystal: Age of Resistance #11.

The Dark Crystal: Age of Resistance #11