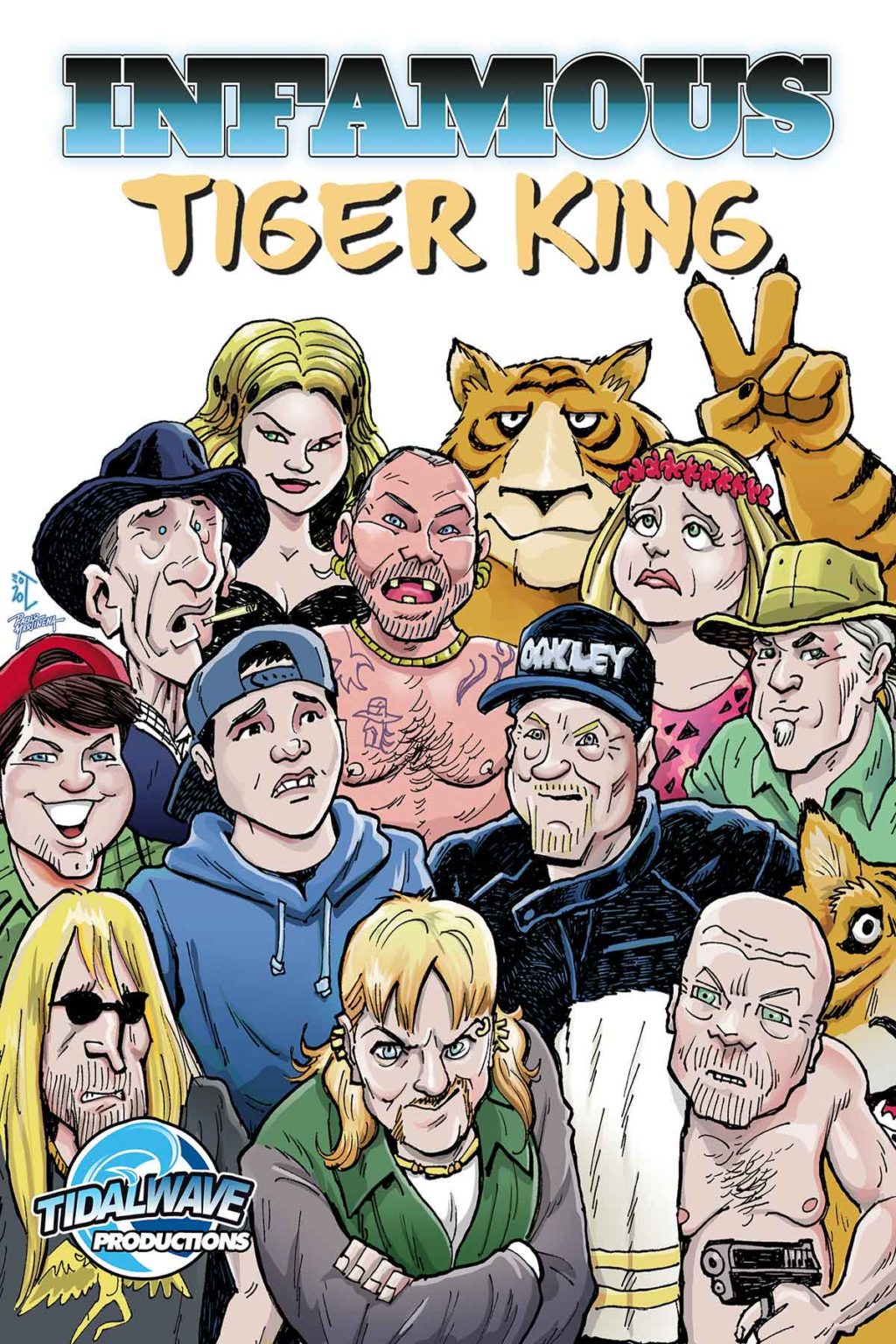 Tiger King comics gets a sequel at TidalWave Productions

TidalWave Productions is back with a sequel to its popular “Infamous: Tiger King” comic book based on the popular Netflix documentary series “Tiger King.” “Infamous: Tiger King 2: Sanctuary” will be available in November. TidalWave will be working again with People for the Ethical Treatment for Animals (PETA).

The all new 22-page comic book biography will be done by the same creative team as the first issue, Michael Frizell and drawn by Joe Paradise with coloring by Pablo Martinena.

The comic book will be available in both print and digital with two collectible covers by Joe Paradise and Jesse Johnson. The Joe Paradise cover is an homage to “Justice League” #1 cover by Kevin Maguire.

“Infamous: Tiger King 2: Sanctuary”: Viewers worldwide were riveted by Netflix’s seven-episode reality series exploring the infamous and self-proclaimed “Tiger King.” Joe Exotic’s jaw-dropping antics and the bewildering choices he made led to a conviction for attempted murder, violations of the Lacey Act, and twenty-two years in Federal prison. But what happened to the animals at his GW Zoo? With the assistance of PETA, TidalWave is proud to present their stories.

“PETA is delighted to team up with TidalWave Productions again for a new comic that puts big cats front and center, where they belong, and shows why everyone should shun shady roadside zoos,” says PETA Foundation Deputy General Counsel of Captive Animal Law Enforcement Brittany Peet. “With ‘Joe Exotic’ behind bars, the animals he abused for years are finally free from his cruel stunts and thriving at reputable sanctuaries—and that’ll make for a good read in PETA’s book.”

TidalWave publisher Darren G. Davis said, “The first issue was so much fun to work on and it also gave us a chance to bring a bigger light to the big cat problem in the US.”

Writer Michael Frizell said, “In issue #1, we explored the lives of Carole Baskin and Joe Exotic before the events of Tiger King. For issue #2, I wanted to provide readers with what happened after the cameras stopped rolling. I found it helpful to work with PETA as the comic developed. Since the Netflix show didn’t tell us much about what happened to the animals at the GW Zoo, their information and expertise were invaluable.”

Artist Joe Paradise said, “When I first watched Tiger King, I viewed it as a real life cartoon. Just when I thought it couldn’t get crazier, it did. Over 7 episodes it just got crazier and crazier and what I originally thought was this “where did they find these people?” reality show circus turned into something a whole lot darker.”

The biography comic format allows TidalWave writers to delve into the history of newsworthy figures and explore what shaped them. Several media outlets, including CNN, FOX News, TMZ, The Today Show and Time and People magazines, have featured the company’s line of biographical comic books.
Issue #1 of “Infamous: Tiger King” the biography comics is still available on Amazon and various comic book stores. Digital versions are available from iTunes, Kindle, Nook, ComiXology, Kobo and wherever e-books are sold.