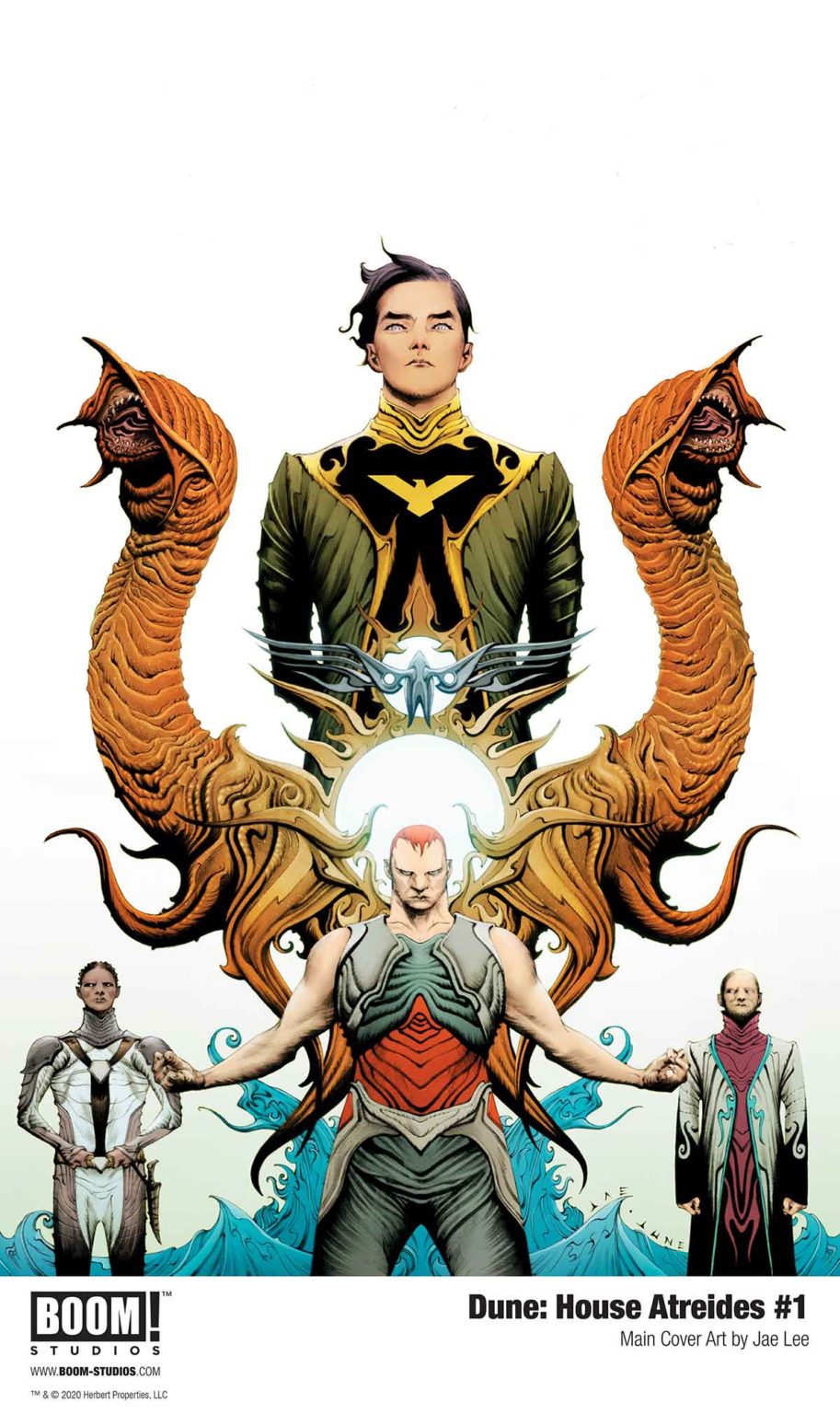 BOOM! Studios sent Major Spoilers this first look at Dune: House of Atreides #1, the first in a twelve-issue series that serves as the prequel to the novel Dune.

Meanwhile, a violent coup is planned by Shaddam Corrino, the son of Emperor Elrood; far away, an eight-year-old slave Duncan Idaho seeks to escape his cruel masters; and a young man named Leto Atreides begins a fateful journey. These unlikely souls are drawn together first as renegades and then as something more, as they discover their true fate – to change the very shape of history!