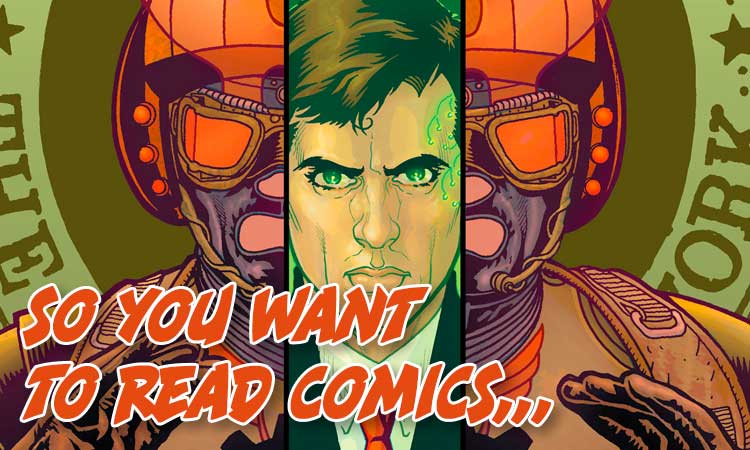 So You Want To Read Comics: Politics Edition

There’s really no escaping politics, especially in this era of social media and an abundance of news sources.  And, while most of the political coverage is designed to sway and influence, there is something legitimately fascinating about what goes into democratically electing government officials and comics have a unique ability to capture and comment on this process.  Comics are excellent at taking the political process and making large and small changes to things or placing the whole thing in a fantastical setting that allows us to look at what we consider mundane in new light and understand how it could be altered in our real world.

But, enough with that. Bring on the recommendations!

Ex Machina is a series that centers around the life and political aspirations of Mitchell “The Great Machine” Hundred, the first person to have superpowers in the world, hero of 9/11, and mayor of New York City.  What makes Ex Machina a good series about politics is that it can be read as a long running commentary on the effects of power in politics.  Rather than the typical sort of power we see though, like money, influence, and connection, we have a much more visceral example with superpowers. It’s not hard to make the jump from seeing how The Great Machine leverages his abilities and deeds to secure authority to how a billionaire may use their money and connections to gain a position within the government. While there is plenty of philosophizing about the morality of having power, a good portion of this story is simply showing how someone could use their power to rise up in society without clearly saying if it’s right or wrong.

On The Stump is a series about an alternate United States where after a particularly brutal election, political positions are obtained through physical combat. And while the elections are more decisive, injustice is still present and this series focuses on a duo who seeks to navigate this barbaric system to root out that injustice. While a lot of criticisms and commentaries try to be subtle and clever, On The Stump wears its on its sleeve.  This is a pure satire of just how ugly and at times, ridiculous U.S. politics can be. What’s fun about this comic is that you’ll start off reading it as a bit of a silly fantasy “what-if” sort of story but it soon becomes apparent that there are far more similarities with this made up world and our real world than you’d care to admit. But even if you’re not interested in engaging with a satirical take, the fights and action in this series is pretty fun.

So, did we earn your vote with these recommendations?  Do you have some of your own? Let us know in the comments below.