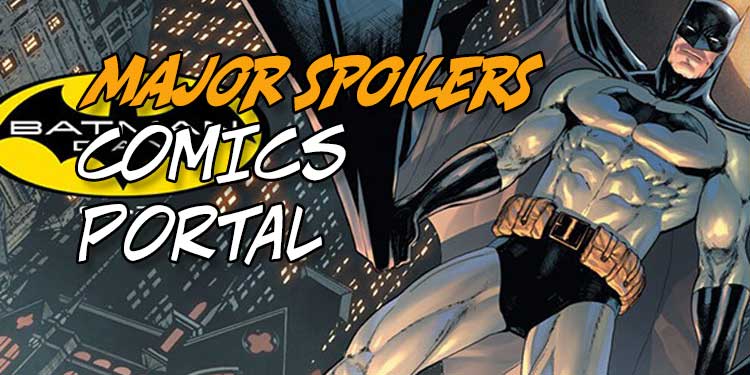 By Wayne Hall on September 14, 2020 0 Comments
This Saturday, September 19, will be Batman Day 2020! Now a yearly event, this celebration actually will be a week long, yet some activities will be paired back due to the pandemic. It still will recognize how big the Dark Knight has become!

The unofficial kick-off to the week took place on Saturday, September 12, with the second phase of DC FanDome. The parts that didn’t happen a few weeks ago were available for about 24 hours, and that included a multiverse approach. There was a Watchverse, an Insiderverse, a Youverse, a Funverse, and a Kidsverse as well as the Hall of Heroes rerunning videos from just a few weeks ago.
Some news was released, including the renewal of Doom Patrol for a third season, an addition to the Legends of Tomorrow cast, a plot reveal for The second series of Pennyworth, that the new season of Young Justice will be subtitled Phantoms, and the presentation of a video featuring the stunt team from Supergirl. Sadly, the news that DC was cancelling their Batman Beyond title with issue #50 also came out around the same time.
There was far more than I could ever have watched even if I was doing nothing but viewing all 24 hours in a row, but I did catch an interview with Batman voice actor Kevin Conroy and several videos on the history of the Dark Knight and his vehicles, among other things. I enjoyed it and hope there will be more DC FanDome in the future! I’ll be fascinated to see how well this day did when compared to the first one. The after-link is: https://www.dcfandome.com/thanksagain.

LEADING UP TO THE BIG DAY Several activities are helping get ready for Batman Day, including a virtual 5k or 10k walk/run you can sign up for here: https://dcbatmanrun.com/virtual/. You can take part in this until December 1, in fact.
DC Universe Online has, between September 14 and 20, an in-game Batwing form change trinket free for all players as well as a Riddler-inspired aura for all members.
HBO Max will have a “Batman Takeover” that will begin the day before and run all through Batman Day.
You can also shop for Batman stuff extensively at Amazon, Target, iTunes, Walmart, Game Stop, and other locations—not to mention dccomics.com.

The big day will be celebrated This Saturday at comics shops around the world, and that will include the release during the week of Detective Comics #1027 (1,000 issues of Batman in that title) and Batman #99 (only one issue until the conclusion of the Joker War). Look for costume contests and other special happenings to take place that day, so check with your specific store to see what will be happening.
For the latest, go to https://www.dccomics.com/BatmanDay. The official motto for 2020’s celebration is: “Capes Out, Cowls On!”
This year’s event is even more interesting given the recent events at DC. Based on what’s been going on there, the Dark Knight will be huge in the months and years ahead for the company.
Let’s face it—Batman is a massive seller of everything from comics to clothes to games. In fact, I recently saw a Bat-shaped phone holder for car dashboards that I could buy. Hey, I even have a face mask with Bat-logos all over it that I wear when shopping!
For a Bat-fan like me, all this is good news. However, I still am sorry about the Batman Beyond cancellation given the apparent focus DC is giving the Dark Knight. But even Batgirl was recently axed, so you have no guarantee of lasting even if you have a member of the Bat-family as your focus.
As a long-time fan, I do worry some about overdoing a good thing. I mean, Wolverine used to be smoking hot, but he’s not what he once was to fans. Things go in cycles, so DC needs to be careful with Batman. Too much done the wrong way, and there could be a Bat-burst. I’d hate that!
Until then, though, I’m going you enjoy Batman Day, and I hope you will, too!
What do you think? Do you celebrate Batman Day? If so, how? What is DC doing right with the Dark Knight? What are they doing wrong? What member of the Bat-family do you feel deserves the spotlight? Whatever your opinion, be sure to share it in the space below!