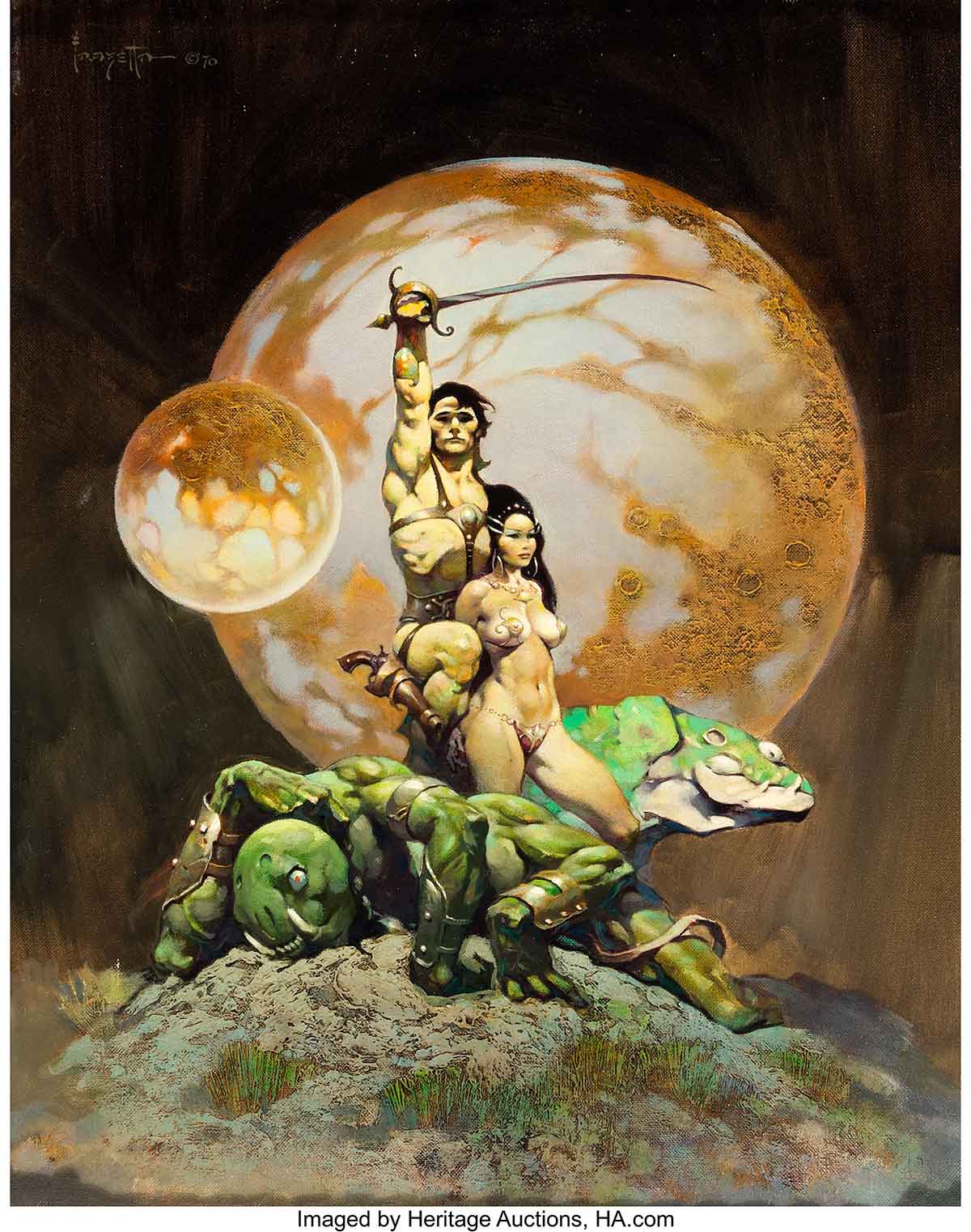 Iconic The Princess of Mars painting sells for $1.2 million

Heritage Auctions struck the gavel for the last time on the Frank Frazetta’s The Princess of Mars – one of the most iconic fantasy paintings out there – for $1.2 million. “The trick was making a living, providing for his family, while being able to retain his originals until the day that they realized their full potential,” said the Mannarinos, who, in the 1980s, began representing Frazetta. “The solution: work for publishers, be paid for the image and have the art returned. Hence, Frazetta would not produce a work unless the art was returned. This resulted in Frazetta and his family making numerous sacrifices. It is gratifying to see Frank and [his late wife]Ellie’s confidence and their family benefiting from the sacrifices they made.”

The painting, of beautiful people on faraway planets in fantastic settings, was one of two Frazetta made for cover of Edgar Rice Burroughs’ A Princess of Mars, which Doubleday republished as hardback in 1970. Frazetta sent the first take to the publisher, and was so enamored and proud of the piece he immediately began painting another for his own collection, which remained with the family following his death in 2010. It was clear how much Frazetta adored the piece because of the small details included in the second version not visible in the first. Friends and family said Frazetta liked the second painting better than the one filling fantasy readers’ bookshelves.

$1.2 million is quite a chunk of change to throw out there. However, this is most definitely a painting I would hang on the wall at the Major Spoilers HQ.