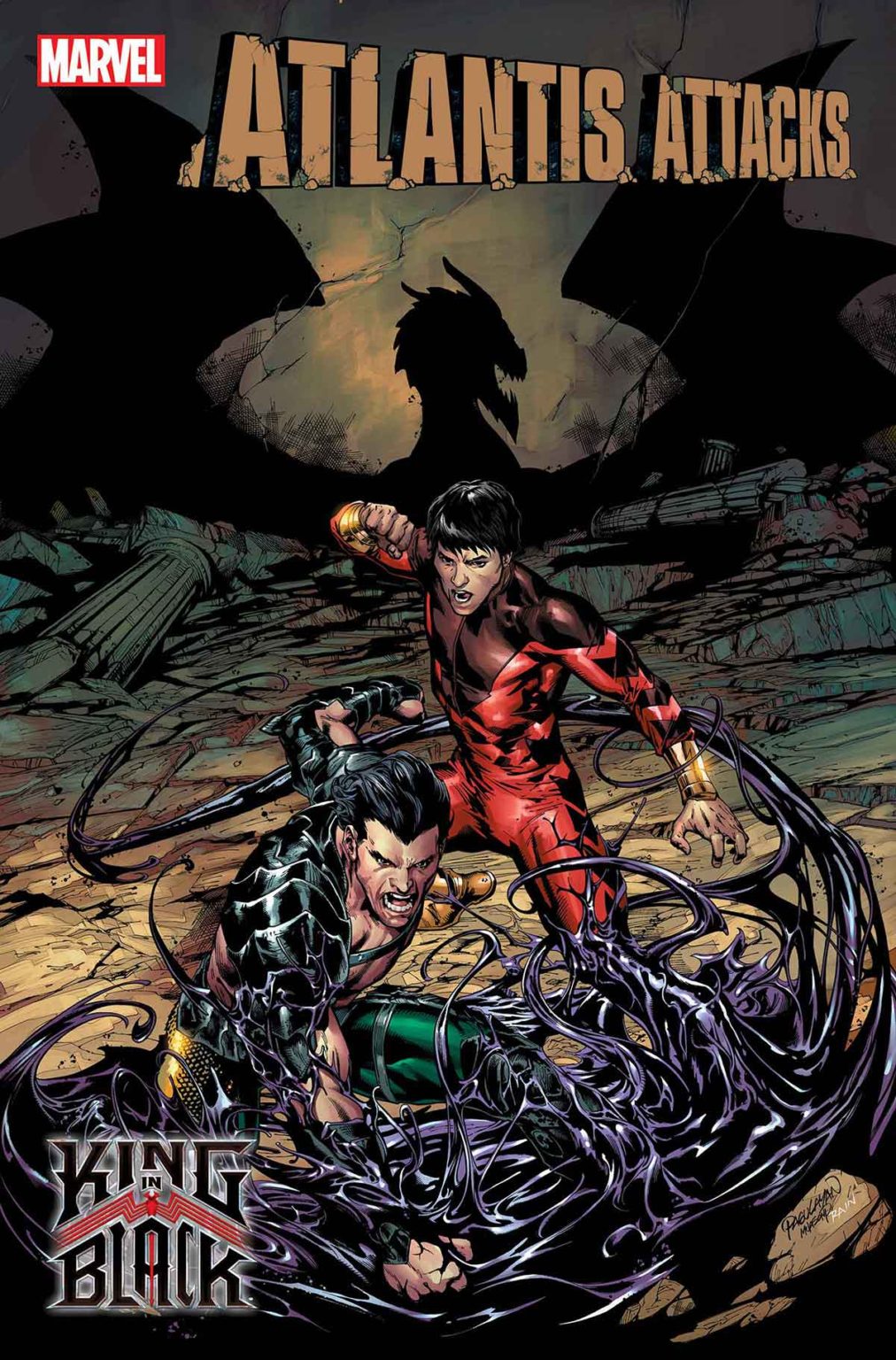 When the war between the Agents of Atlas and the armies of Atlantis comes to a conclusion in December, Marvel Comics will lay the ground work for the next big event – King in Black. Atlantis Attacks #5 is written by Greg Pak with art by Ario Anindio.

With the fate of the world hanging in the balance, all will be revealed in this titanic tale of love and betrayal featuring Namor, Shang-Chi, Silk, Wave, and more. And when the dust of one war settles, a new enemy will emerge from the depths…

Amidst this epic clash between the Atlanteans, the Sirenas, and the interdimensional Pan will be a tantalizing tease of Marvel’s upcoming event, KING IN BLACK. Knull, the God of the Symbiotes, has arrived to forever shroud the Marvel Universe in his unflinching darkness.

“It blows my mind that we’re now capping off our third big miniseries for the new Agents of Atlas,” Pak said in a press release from Marvel. “Huge thanks to all the readers and retailers who have made this all possible with their huge support for this team. We’re pulling out all the stops with huge payoffs and turning points for key characters—dontcha dare miss it!”