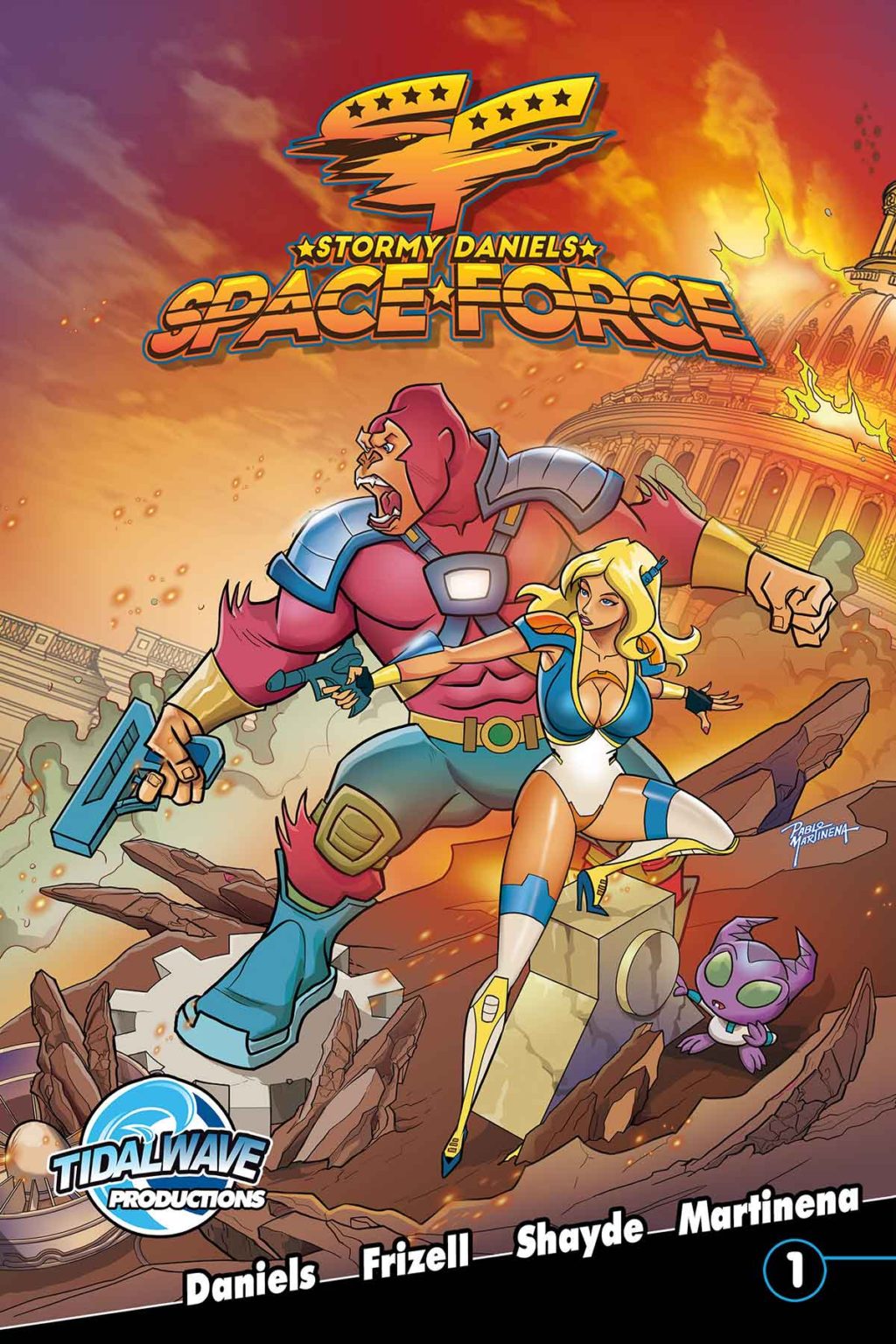 Space Force: Stormy Daniels #1
Writer: Stormy Daniels, Darren G. Davis, Michael Frizell & Andrew Shayde
Artist: Pablo Martinena
Alternate covers by: Bill Walko and Agung Prabowo
Release Date: 10/14/2020
Print Price: $5.99
Hard Cover: $19.99
Digital Price: $3.99
Captain Stormy Daniels commands the for-hire U.R.E. Helix, a United Republic of Earth starship. Led by OrDon, a self-proclaimed “very stable genius” and Ruler for Infinity, the U.R.E. seeks to exploit the galaxy’s untapped riches with little regard for who – or what – is out there. On a mission to rescue a scientist responsible for the creation of a devastating weapon capable of destroying the Earth, the U.R.E’s flagship is captured by the maniacal Red Queen. Only Captain Daniels, her second-in-command, Dax, her droids, and the mysterious alien, Munch, can save us! It’s Barbarella meets Star Trek meets Stripperella in a racy comedy and action and adventure series starring Stormy Daniels. Wrath of the Titans: Force of the Trojans #3
Writer: Chad Jones
Artist: Pramit Santra
Release Date: 10/21/2020
Print Price: $5.99
Digital Price: $3.99
The epic story continues. Who is the shadowy foe behind the creature, and what does he want with the twin gods of Olympus? Female Force: Kamala Harris
Writer: Michael Frizell
Artist: Juan Burgos
Release Date: 10/21/2020
Print Price – $5.99
Digital Price: $3.99
Kamala Devi Harris is only the second African-American and first Asian-American Senator from the state of California. A lawyer, prosecutor, and former attorney general, Harris has devoted herself to bettering the lives of her constituents while focusing on social issues that help minorities and women. Full of grit and determination, her no-nonsense approach and bi-racial heritage have made her a popular member of the Democratic party. All books are digital and available in print on AMAZON and various comic book retailers.