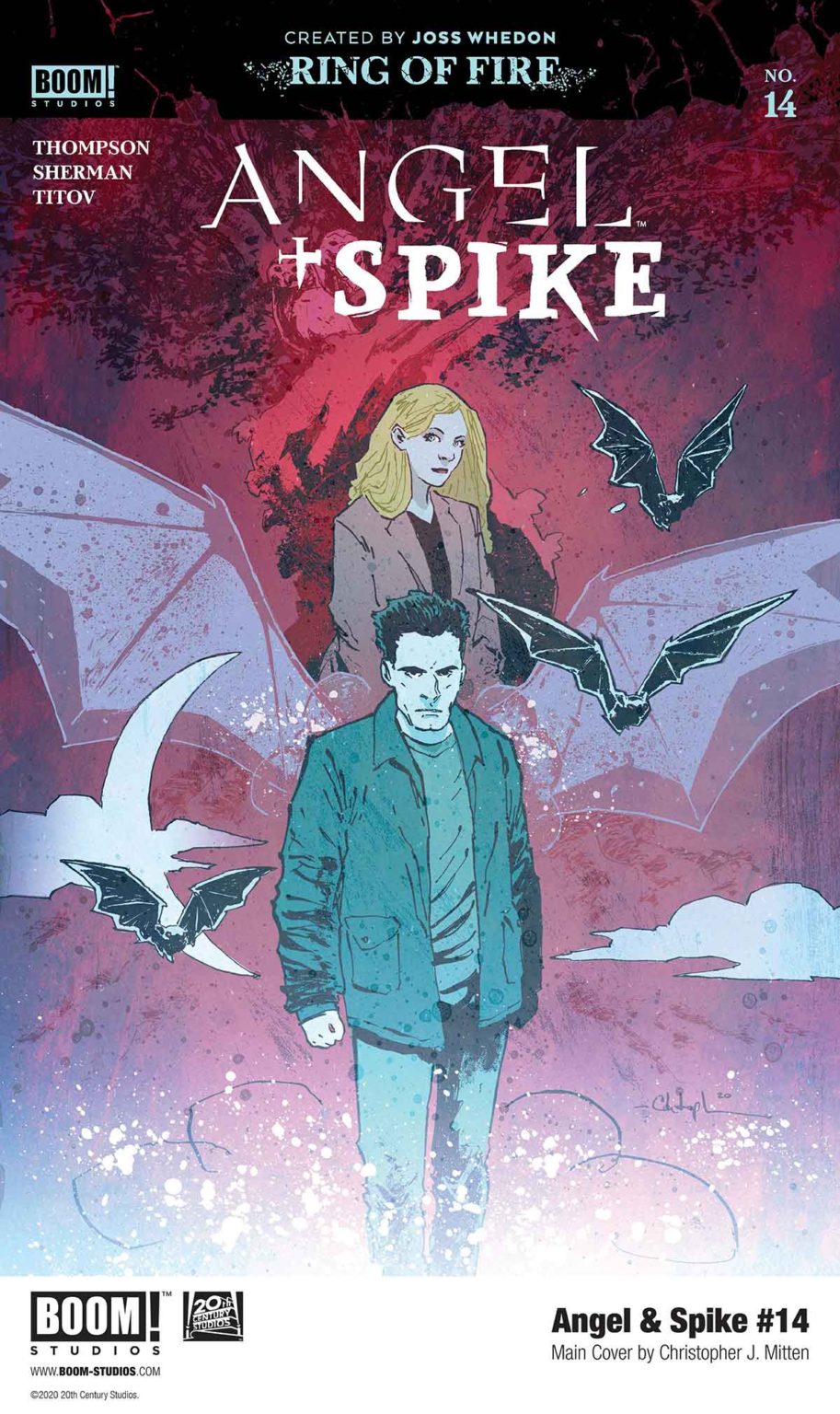 Ever since BOOM! Studios took over the Buffy the Vampire Slayer series, everyone’s been asking, “Where’s Oz? Where is our favorite teenage werewolf?” The answer is Angel and Spike #14.

Detective Kate Lockley is getting pulled further into Angel’s supernatural world, but may have a connection to his violent past that neither of them ever expected! Meanwhile, Fred taps into a dangerous new magic…and that may just be part of Wolfram & Hart’s master plan. As the supernatural crime fighting team faces more danger than ever, they encounter a brand new threat and a familiar face in a strange new place . . . the fan favorite werewolf Oz!

Angel and Spike #14 is written by Zac Thompson with art by Hayden Sherman. The issue feature the first appearance of Daniel “Oz” Osburne is scheduled to arrive on September 23, 2020.