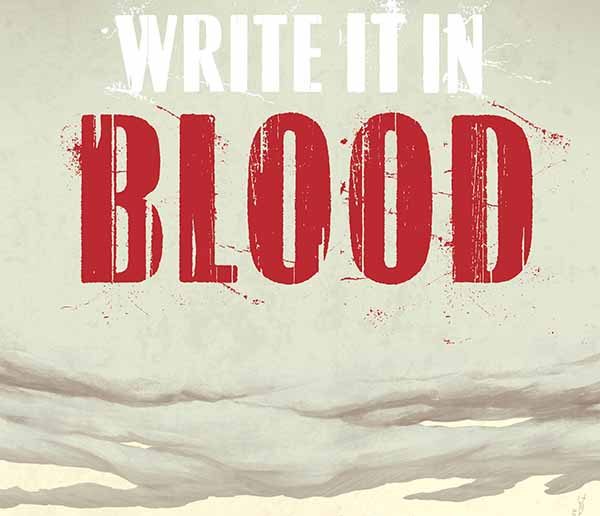 Rory McConville, Joe Palmer, and Chris O’Halloran have teamed up for Write It In Blood a new crime series from Image Comics. On the eve of their retirement, two hitmen—Cosmo and Arthur Pryce—drive through the Texas countryside with the infamous Little Harkness in the trunk of their car. The brothers are meant to deliver Harkness to their boss, but matters become complicated when Arthur’s recklessness jeopardises Cosmo’s retirement plans and puts a target on their backs.

“I’m thrilled to have been a part of making this book happen,” said Palmer in a press release from Image Comics. “Rory’s a great writer and has crafted a really tight crime thriller. The fact that Image comics is publishing it is a dream come true! If you’re into Coen brothers’ movies and crime stories with a streak of humour you’ll love this.”