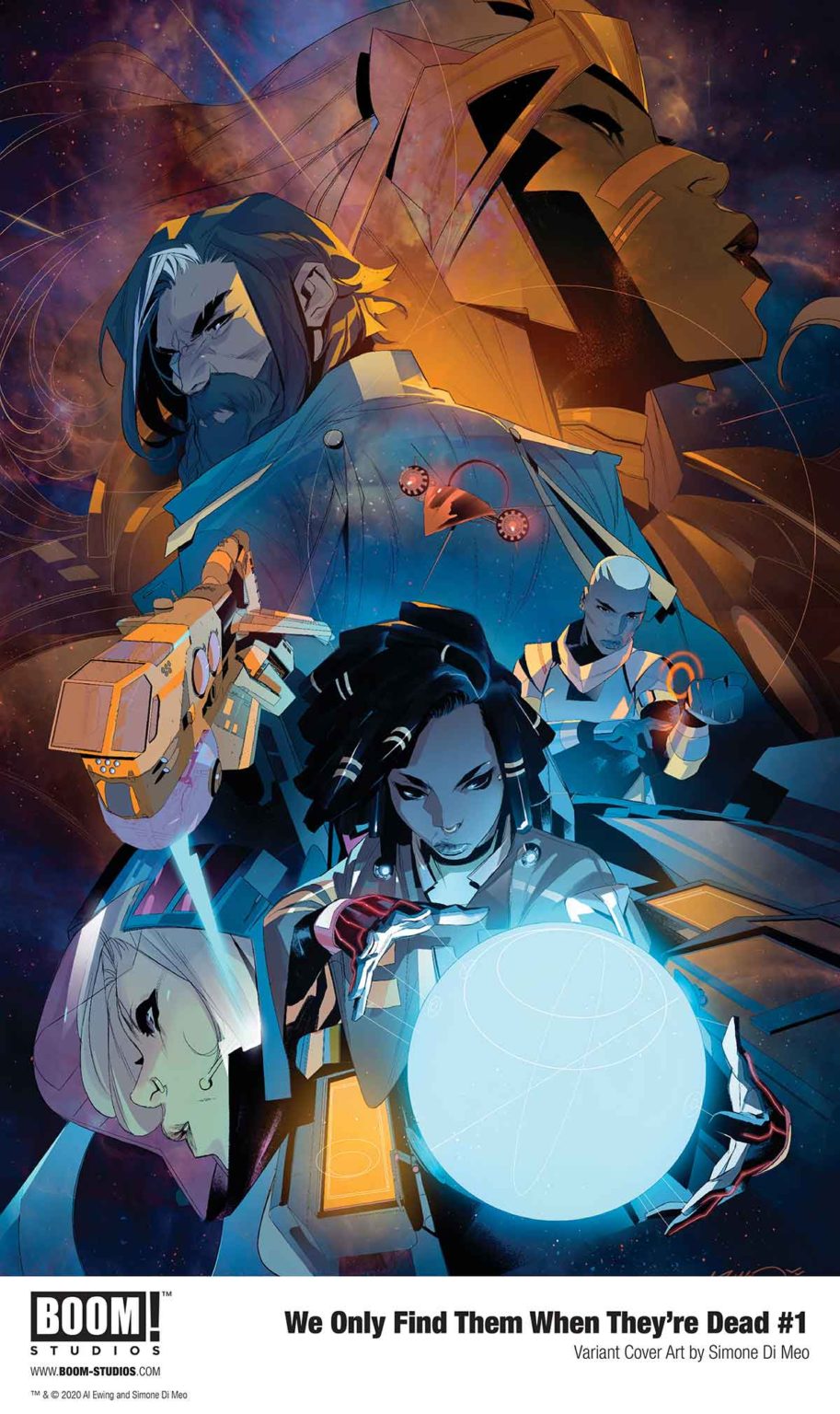 BOOM! Studios reveals We Only Find Them When They’re Dead #1 variant cover

BOOM! Studios has revealed a new retailer Thank You variant cover for We Only Find Them When They’re Dead #1 from Simone Di Meo.

Meet Captain Malik and the crew of the Vihaan II, a spaceship that harvests resources from the giant corpses of alien gods found on the edge of human space. While other autopsy ships race to salvage the meat, minerals, and metals that sustain the human race, Malik sees an opportunity to finally break free from this system by being the first to find a living god. But Malik’s obsession with the gods will push his crew into danger at the darkest reaches of space—unless the rogue agent on their trail can stop them first…