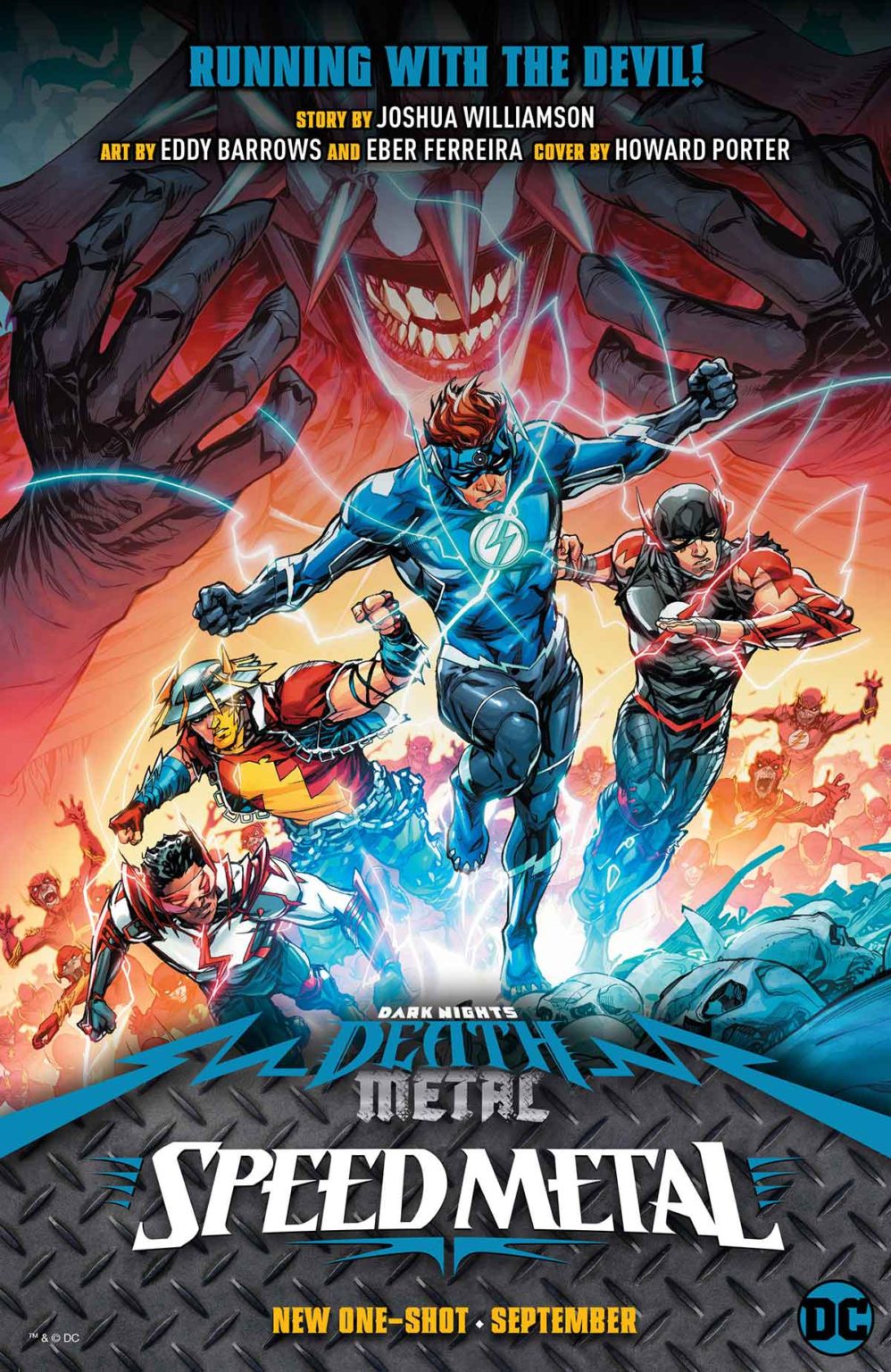 Are you ready for Speed Metal?

DC Comics has announced the Speed Force is bursting out of the Death Metal series this month, and we have a sneak peek of Dark Nights: Death Metal Speed Metal.