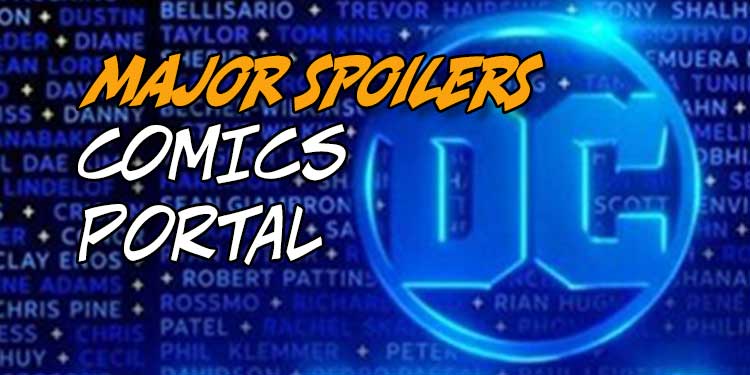 If DC wanted to get positive buzz on their product, they couldn’t have done much better than DC FanDome did this past Saturday!

WHAT IS DC FANDOME?

On Saturday, August 22, DC launched their first-ever DC FanDome online experience. It ran for 24 hours from 1 p.m. ET on Saturday until it wrapped up a day later at 1 p.m. on Sunday, the 23rd.

Originally, it had several levels to it but, at the last moment, it seems, they decided to delay major portions of it until Saturday, September 12, running during the same schedule, from 1 p.m. on that day until 1 p.m. the following day. That meant that on the 22nd, only the “Hall of Heroes” portion was held, which largely focused on DC’s multimedia offerings, although there was still a lot of attention given to the comics.

On September 12, the other areas will happen, including a “WatchVerse” with panels that didn’t run on August 22; “KidsVerse” with Karoake, LEGO Building, and Cosplay; “YouVerse” with Q&As with the casts of several films, celebrations of fan art and cosplay, and makeup displays; “FunVerse” with looks into Six Flags parks, a selfie station, and quizzes; and “InsiderVerse” with interviews with artists around the world, creating several DC “worlds,” and sessions on how to break into comics.

FanDome was completely free, and it dominated much of social media both during and immediately after it ran. The trailers from several events were all over, including the ones for WW84, The Batman, Suicide Squad, The Flash Season 7, and Black Adam as well as upcoming video games, just to name a few. The Zack Snyder cut of the Justice League film coming to HBO Max also got lots of love and a teaser trailer. There were plenty of fan questions, new and previously aired videos, and hosts from around the globe.

They ran in eight-hour segments, with the content rerunning in the same sequence as they did in the initial hours. If you missed something, you could check the schedule and catch up with it during the second or third airing. I appreciated that! There was also a sweepstakes and a store you could buy exclusive merchandise through, so that worked for me as well! The trailers were the newsmakers of the day, and they were all over many of the various comics and related fan websites. But they weren’t alone.

Comics news also made headlines, including the announcement that the Milestone properties are expected to debut in new (digital) comics in February of 2021, reprinting the previous offerings in the preceding months, and a possible Static Shock show returning to the airwaves. Then, too, a black Batman is to be the subject of the upcoming book by John Ridley that will explore Lucius Fox and his family.

It’s always a treat to hear Kevin Conroy voice Batman, and we saw at least two new short videos with him in them. The first had Conroy as the older Bruce Wayne and the new wearer of the cowl from Batman Beyond. The latter one in the day also had voices of other animated Batmen, including Batman: The Brave and the Bold and the LEGO Batman as they discussed dealing with the current pandemic.

I saw some folks criticize the ZOOM videos and such as being “too slick,” but they were easy to watch, especially when the inevitable people-talking-over-each-other happened. It was cool to see these creators interact even if it was over the Internet.

Another good thing was that the individual parts were never too long, varying from the longest at 30 minutes to the shortest at 5 minutes or less.

My favorite panels/discussions included The Batman (held until last because they just knew the interest for it was the highest of the bunch), Milestone (called the “Surprise Panel” in the schedule), WW84, “The Snyder Cut of Justice League,” the Shazam! panel (the funniest of the day), “I’m Batman: The Voices Behind the Cowl” that featured voice actors from around the world, “Introducing Flash” about the upcoming film, “Legacy of the Bat” about the various incarnations of Batman, and “The Flash TV Panel” focusing on the show, its actors, and how the pandemic affected it.

I’m not a gamer, but I know several people who are, and they loved the gaming segments about the Suicide Squad versus the Justice League and Gotham Knights.

The part of the day that I thought was in poor taste was the first animated video with the older Bruce Wayne and Batman Beyond. They accessed video of Batman ’66 and pretty much savaged it. I know a lot of fans of that series and its actors who took offense to that. It’s easy to light into past incarnations of the Bat, but ALL of the shows after it are standing on its shoulders. This was the part I wish they had not done, frankly.

Also, the timing of this whole event couldn’t have been worse. Having this happen only days after the announcement of letting go many of the established veterans of DC kept ringing in the back of my mind as I watched this presentation, which obviously cost a goodly amount of money to produce. Maybe they should have funneled some of these funds into keeping some of those creators around? I know this was scheduled long in advance, but they should have considered holding that bad news until after this happened. Really.

Speaking of timing, the delaying of much of the event until September happened only a short time before it all began, leaving some people questioning if DC had given up their comics in order to focus on games, TV shows, and movies. Well, when you talk about Wonder Woman’s 80th anniversary (as one discussion did), you can’t help but talk about the comics, so that didn’t bother me. I just wish they had given people more time to plan ahead.

Related to that was the almost constant presence of Jim Lee, who remains at DC (as of this writing). It was easier to count the presentations he was NOT in than the ones he was. He did make some interesting comments about fan art at times, but it would have been nice if someone else could have shared the spotlight, although I have no idea who that could have been.

I know that the pandemic has delayed much of the creation of many movies and TV shows, and it was important to get the word out about upcoming projects, but it made for some uncomfortable moments on camera. Granted, Zac Levi did a stellar job of having fun with it with Shazam!, but the Aquaman panel featuring James Wan and Patrick Wilson (King Orm) wasn’t short enough for my tastes.

Then, too, having the cast of WW84 play the “Werewolf” game during an entire 20-minute portion wasn’t worth all that time.

For me, the CNN portion dealing with “real-life” heroes was a great chance to catch dinner and hit the bathroom. Other than that, it was a loss since it was something one could easily catch at almost any time on their 24-hour network.

As much as I liked Jim Lee’s designs for the FanDome setting, it was kind of busy when it comes to something to look at for so much of the event. He does explain why he did what he did at one point, but I would have gone with the “less is more” idea to keep the focus on the creators and the upcoming projects. If all the sections were functioning, it would have made more sense. And the hosts were fine, but the flipping one to another happened without any sense to it. Only one or two had something to do with the interviews or subjects. Fewer hosts who changed less might have been a better choice. I’d also have had them conduct the interviews more than some of the press people. Just my preference, I guess.

WAS IT WORTH IT?

Given the massive coverage DC FanDome has already garnered, I’m sure DC is high-fiving each other today. Yes, there were many great announcements that pleased fans like me. The schedule was varied enough to keep me hanging on most of the day. I also got to catch up with segments I had to miss because real life got in the way occasionally. So I would say, it was a great event, one I’m glad I got to go online and watch.

The challenge for moving forward is to get the audience as excited to come back in a few weeks for the second set in September. Will there be as many big announcements and draws? Looking over the upcoming schedule, there are parts I’m already looking forward to, but many of the DIY sections I will pass on. We’ll see.

As I big DC fan, I want this to succeed. I think the initial part of the event worked, but as an industry fan, I’d like to have seen more on the comics. But I am overall very pleased with the beginning DC FanDome. To attend the September 12 event, go to dcfandome.com.

What do you think? Did you attend DC FanDome? If not, why not? Were you interested in what they were showing? Are online events like this something you would like to see more of, less of? If so, should they continue to do this in the future when the pandemic finally ends?  Whatever your opinions, please share your thoughts in the space below!