Grab some popcorn and a soda and prepare to be transported across the galaxy with 40Seconds, a widescreen, sci-fi adventure available from comiXology Originals. Writer Jeremy Haun (Red Mother), acclaimed artist Chris Mitten (Witchfinder: The Reign of Darkness), colorist Brett Weldele, and letterer and designer Thomas Mauer have created an epic, 5-issue mini-series that spans the universe, featuring amazing creatures, epic vistas, character drama, and just a bit of horror. Part of the comiXology Originals line of exclusive, creator-owned content, 40 Seconds debuts August 25th with issue #1.

When a team of science explorers set out to answer a distress call a galaxy away, they have no idea what they’re in for. Their mission: make it to Terminus. Tasked with investigating what happened to the previous team and gathering data, they find themselves traveling through a series of alien gateways, jumping across the universe through strange and beautiful landscapes only to be hunted by a vast inexplicably unstoppable horde. Truths lie at the final gate. If only they can make it in time.

“Chris Mitten and I had been planning on doing a project together for…ever,” says Haun. “When the stars aligned and we were both available to do something, I asked what he wanted to draw and he said ‘big sci-fi fantasy’. I had just the thing. And 40 Seconds was born. Chris Mitten is brilliant at everything he does, but when he draws science fiction fantasy it’s just… perfect.”

Perhaps best known for illustrating Hellboy stories, 40 Seconds marks Mitten’s return to sci-fi. “Summer is about big, blockbuster storytelling and, with 40 Seconds, the chance to zip around the universe is just a click away,” said Mitten.

“I love the big weird sci-fi comics from the 1950’s, the wild science fiction of the ‘70’s and the blockbusters of the ‘80s,” said Haun. “More than ever we need big fun escapist stories. We can’t really get that in the theater right now. We can’t quite go on grand adventures. With a comic story like 40 Seconds, we can bring an epic, world-hopping adventure straight to readers.” 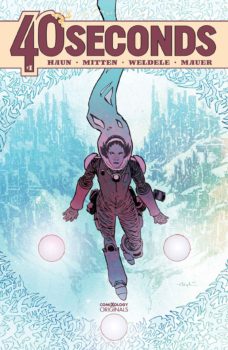 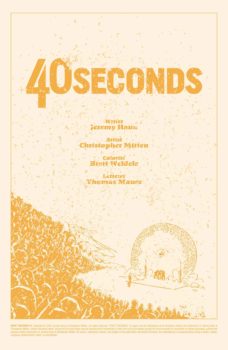 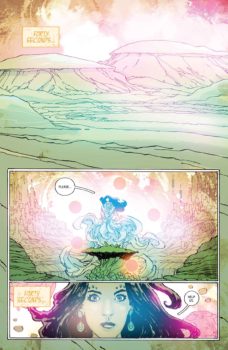 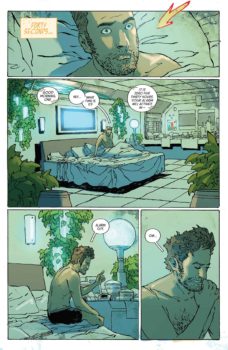 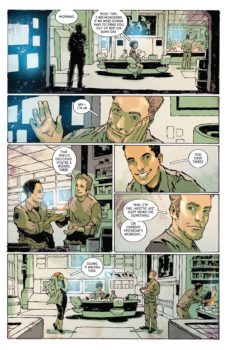 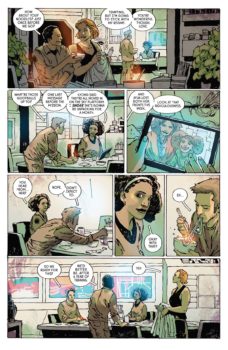 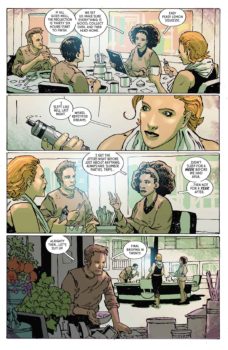 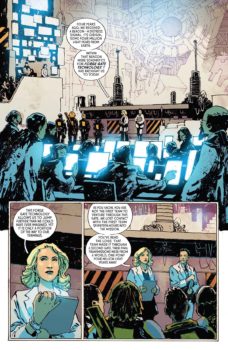 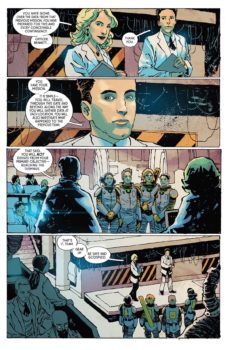 About the Creators
Jeremy Haun is currently writing 40 Seconds from comiXology as well as Red Mother from BOOM! Studios. He is the artist on Final Witness from Valiant. Jeremy is also the artist and creator on The Realm and The Beauty, from Image Comics. Other projects include Batwoman, Constantine, and Wolf Moon. Jeremy has worked for nearly every publisher in the industry as well as doing self-publishing via Kickstarter. Jeremy resides in a crumbling mansion in Joplin, Missouri with his wife and two superheroes-in-training.

Christopher Mitten is originally from the cow-dappled expanse of southern Wisconsin, he now spends his time roaming the misty wilds of suburban Chicago, drawing little people in little boxes. Christopher is best known for his work on Hellboy: The Return of Saturn, Witchfinder: The Reign Of Darkness, Rise of the Black Flame, Rasputin: The Voice of the Dragon, Wasteland, and Criminal Macabre. He can be found online at www.ChristopherMitten.com and on Instagram @Chris_Mitten.