The Future is now! Clementine is being forced to go to the city which she hates. Will she be able to escape the city’s control and be free? Find out in Join the Future #4 by Aftershock Comics. 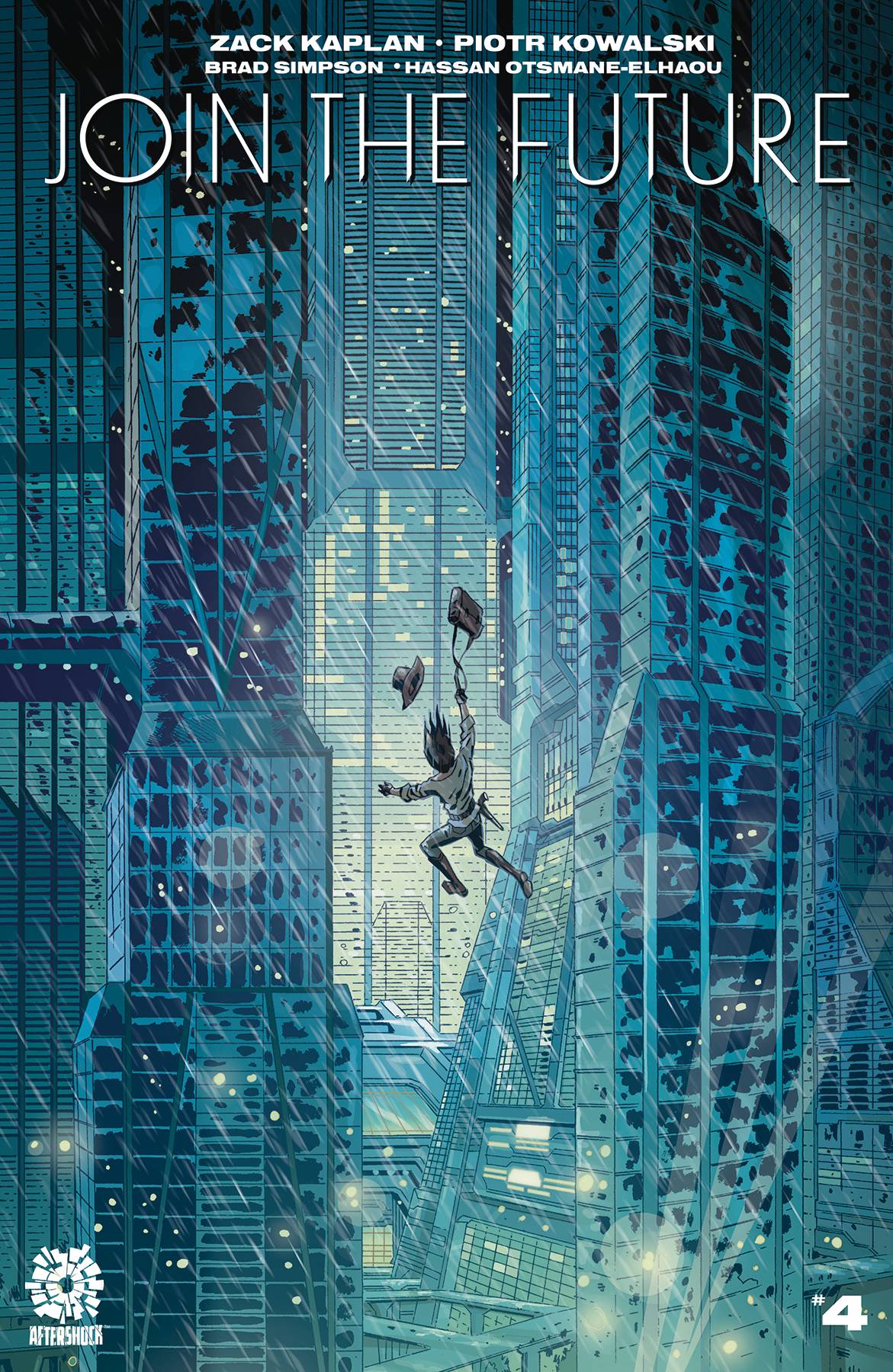 Previously on Join the Future: The rural town of Franklin has been sold out by the city and is on its ways to demolition. In the negotiations, Clementine lost her family and is trying to find revenge. However, she is a terrible shot and has no experience. When she tried to take out the city officials, she lost and was arrested.

Clementine is given a choice, to sign her life to the mega city or to die. When she opts to die, someone signs for her and they begin to transport her to the futuristic city. Luckily, she finds an opportunity to run and escapes. As the police hunt her down, she is able to knock one out and escape. She meets up with the Trader who tries to plead for her to come with him because her path will certainly lead to death. She refuses and attempts to take a stand against the terraforming demolition tanks. Clem figures that she can mess with the radar with smoke and has made her stand by lighting three trucks on fire.

WHO IS THE BAD GUY?

The theme that interests me here, is that everyone Clementine comes into contact with in this issue is trying to save her life. They actually have no intention of killing her. Certainly they try to scare her into making a good decision but never is there any actual bloodshed. Clementine on the other hand seems to be pretty aggressive with her actions. She jumps off a bridge to escape, tries to shoot a guard (and fails), and then electrocutes him for an unknown consequence. The last scene of her standing near an on-fire truck makes it seem like she is an anarchist. I know the city takes away free will but they certainly look like the good guys here.

Visually, the book doesn’t really set itself apart with the art. I liked the attention to detail though. There are signs in the background that you can read and glean more information about the setting and lore. The best image was when Clem is swimming in the river and sees an underwater city that has been destroyed by time. That is a vivid image that shows a little bit about the direction humanity has taken in recent years. Good attention to detail by the creative team.

The issue is trying to build upon what has already happened and move towards whatever the conclusion of this first arc is going to be. With that, I didn’t think we learned very much information here besides seeing Clementine’s tenacity and a small weakness in the robots system. I therefore hope they pick up the pacing a little in future issues. 3.5 out of 5 for Join the Future #4.

Clem is trying to deal with her emotions after the death of her family. She has the option to sell out to the mega city but we all know she isn't going too.