Look up! Space squids and space whales are overhead. The apocalypse has arrived in Season Three of Ask For Mercy written by Richard Starkings (Elephantmen, The Beef) with art by rising star Abigail Jill Harding. Issue #1 of the hit comiXology Originals series and Comicraft’s #1 monster comic is available August 11th.

“This season of Ask For Mercy is set in both 2023 AND 2020 … and yes, the 2020 everyone on the planet has been living through with all its pandemic craziness,” says Starkings. “Abigail and I plotted a story in 2019 that couldn’t have been more poignant or relevant … but, yes, it’s full of monsters and at long last we bring our team back together—though not without them suffering through some major challenges along the way!”

In Ask For Mercy Season Three: A World of Disquiet it’s 2023 in Leeds, England and the apocalypse is here. A great evil has befallen the world. Strange squids and whales appear in the sky above cities all over the Earth. While Mercy and Ratmir fight monsters on the street, they meet a young girl named Becky and are charged with looking after her. Is there more to Becky than meets the eye? Is she the key to peace and saving the humans? 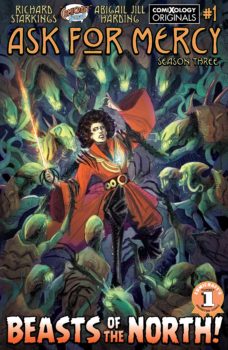 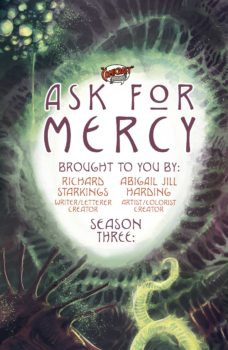 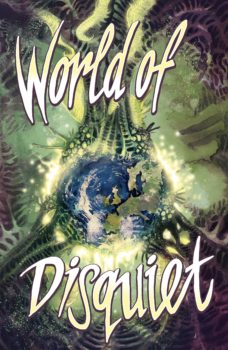 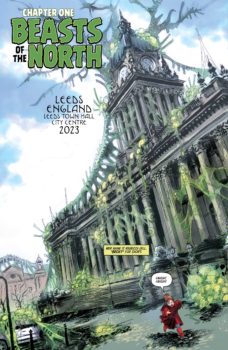 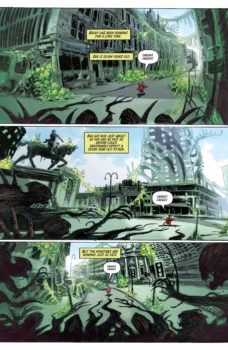 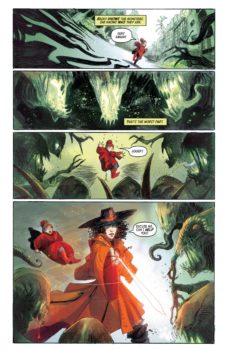 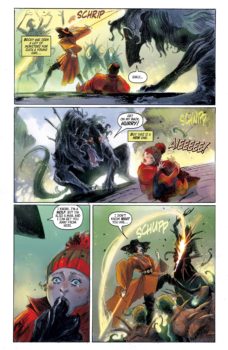 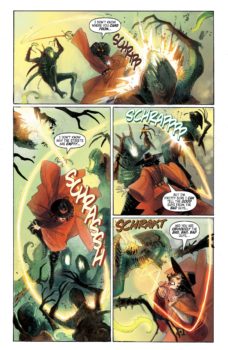 Previous volumes of Ask For Mercy include:

Ask For Mercy Season One: The Key To Forever—A World War II fantasy horror story in which Mercy is snatched from her own place and time to join a team of Monster Hunters, who together, have to take on a Pantheon of Hideous Creatures summoned to our world by Nazi evil.

Ask For Mercy Season Two: The Heart of the Earth—Kasa takes Mercy, Ratmir and Budgie on an adventure where the course of history is at stake! Summoned by Lakota shaman, Medicine Bear, Mercy and her band of monsters discover that Ikto’mi, the Spider-trickster, is interfering with the lives of the people of the Black Hills and the American soldiers intent on driving them out!

Part of the comiXology Originals line of exclusive digital content, all three seasons of Ask For Mercy are available to read at no additional cost for members of Amazon Prime via their Prime Reading benefit, Kindle Unlimited and comiXology Unlimited and for purchase on Kindle and comiXology. Prime Reading offers all Amazon Prime members a rotating selection of thousands of top Kindle books, magazines, short works, comic books, children’s books, and more – all at no additional cost. Kindle Unlimited offers over 1 million titles, thousands of audiobooks, and select current issues of popular magazines for just $9.99 a month with a 30-day free trial at amazon.com/kindleunlimited. ComiXology Unlimited now offers over 25,000 comics, graphic novels and manga for just $5.99 a month with a 30-day free trial at comixology.com/unlimited.

About the Ask For Mercy Creative Team:
Richard Starkings is the creator/writer of Elephantmen; co-creator/writer of Ask For Mercy and co-creator of The Beef with Tyler Shainline and Shaky Kane. In the course of a distinguished career in comic books, Richard edited for Marvel UK in the 80s and founded the lettering studio Comicraft in the 90s. He has worked as a lettering artist on just about every comic book you might care to mention, including Batman: The Killing Joke, and has written for The Real Ghostbusters, Zoids, Transformers and Doctor Who.

Abigail Jill Harding is a young English illustrator and comic book artist from Yorkshire, whose first professional comics work appeared in Elephantmen #72, written by Richard Starkings whom she met at a signing at Travelling Man in York. Abigail graduated from York College with a BA honours in 3D Art and Design in 2015 but continued to concentrate on her illustration work and did small comic projects. Abigail had been showcasing her mixed-media skills at the yearly Leeds Comics Arts Festival, Thought Bubble and it was the short strip she contributed to the festival’s 2015 print anthology that caught Richard’s eye. Since then she has done cover work for Titan Comics.