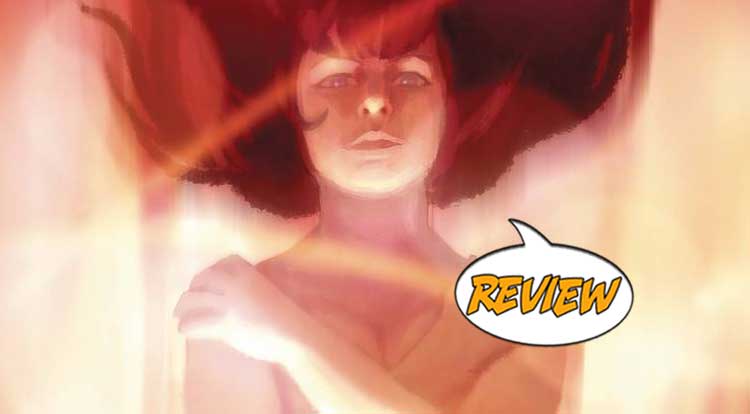 The end* is here… Your Major Spoilers review of Sex Criminals #30 from Image Comics awaits! And more importantly, will Suzie and Jon finally be together?

“I THOUGHT I HAD MORE TIME.”

Issue #28 ended with a massive explosion that seemed to consume both Badal (our big bad) and Suzie herself, with #29 dedicated to Jon dealing with the consequences of that, winding up with Jon in jail. This issue picks up with Suzie, moments before the end*, worrying that she thought she’d have more time… and then, suddenly, she does. Suzie finds herself somehow outside of time itself, but still able to see and experience the moments of her life, “like a filmstrip, wadded up in a ball.” She relieves some of the most important, the happiest and most memorable bits of her life, but keeps sticking on one particular day, the last time she saw her father alive. Somehow, that loss has become a focal point of her not-life, forcing her to think about that trauma over and over, before realizing that it’s the way she’s been living her entire life.

And living life like that, she reasons, isn’t being alive at all.

When this series began, it seemed like it was all building to a wacky, sexy heist movie ending, but it’s impossible to read the progression of the characters without equating it to the progression of the creators, as seen in the letters column each month. Matt Fraction apparently decided that he just didn’t want to do the ending* that the story had been building to, instead veering off into different narrative territory. This issue becomes about acceptance, while last issue was all about Jon dispelling his anger, with both of them realizing that “The Quiet” wasn’t a super-power at all, but a crutch that they had to let go of. I like the way this issue ends, with Jon and Suzie reunited (after an absence of THREE MONTHS), but realizing that they’re still alone, only together, and that’s okay. Zdarsky’s art is just beautiful, once again, especially the blocking and storytelling in Suzie’s memories of her late dad, and the realization that she can’t even remember his face is both heart-breaking and perfect.

BOTTOM LINE: I BOTH LOVE AND HATE WHEN COMICS MAKE ME CRY

In short, Sex Criminals #30 is neither the ending the book seemed to be aiming for nor the one that I though I wanted, instead presenting a heartfelt, messy, all-too-human ending* that seems as perfect as we could hope for, earning 5 out of 5 stars overall. Much like real life, it’s a fleeting and inconclusive thing, and I love it more for that very reason.

*In case you’re wondering, this “Last Issue” is actually not the final issue of the book, as Fraction & Zdarsky have planned a postscript chapter, with a time jump, so they can give us closure for the cast and also get in one last bit of lowbrow humor as they jump to issue #69. Heh.

This issue is as good as I hoped the end would be, and while it doesn't feel like the ending that was planned, in some ways, that makes it even more appropriate.