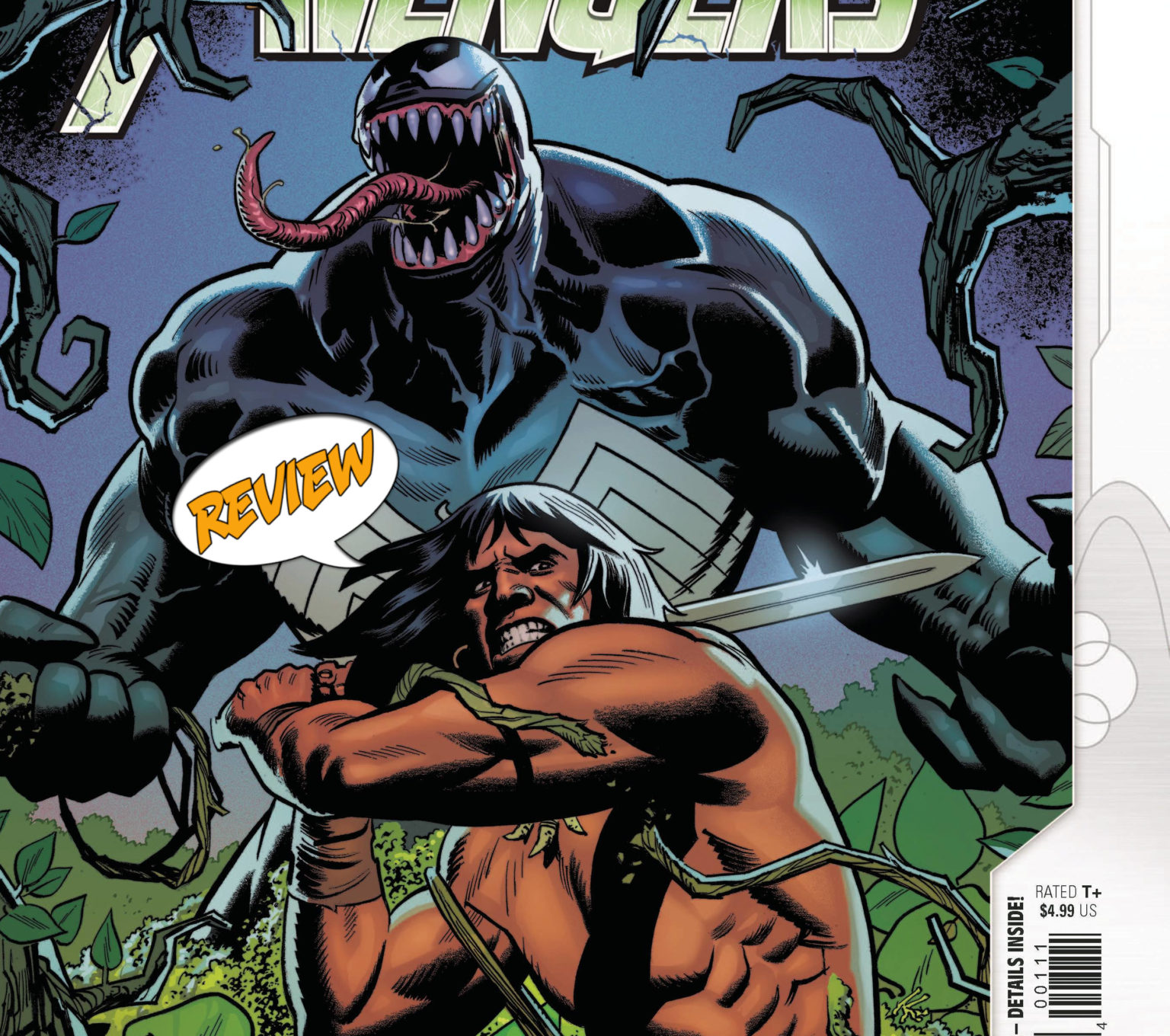 Conan was stranded in the modern world after a battle with sorcerer Kulan Gath. Now that the Cotati are attacking, maybe he is exactly where he needs to be. Find out his story in Empyre: Savage Avengers #1 by Marvel Comics!

Previously on Empyre: The Kree/Skrull empire has made an enemy of the Cotati when they sought to exterminate them. Now the Cotati have taken over Earth’s moon and are planning their revenge. However, their revenge is not limited only to the Kree/Skrull empire but all non-plant based lifeforms. Conan the Barbarian finds himself in Mexico City hunting down Kulan Gath who has been making his life a living hell.

Conan is watching a Lucha Libre match when a Cotati mothership suddenly lands in the arena. The war between the Cotati and Earth have started and Conan is now on the front lines! Grabbing a long knife from a food stand, he runs into battle but is poisoned by an arrow. He is awakened by Venom who decides to work together to fight off the invaders. Conan distracts the Coati by driving a soil roller right into the army while Venom throws a gas tanker truck into the mothership. They survive the battle and opt to go to that food stand, return the knife, and get some food.

I like the idea of Conan in the modern world and it was interesting to see him thrown into the Empyre event. However, it doesn’t feel like anything really happened. We have a Venom and Conan team up and they overcome a fight but nothing has progressed the crossover event. At a $4.99 price tag, I wanted a little more. My theory is that they are going to meet Captain America since his Empyre book has him coming down to Mexico and South America. But there was no foreshadowing of this in the book, just a lot of fun action sequences.

Visually, the art was decent. Venom always has an engaging look to him. He is one of those characters that take a huge presence on the page. I wish they did more with the symbiote as he was really just a side character to Conan this issue. The standout image was Venom and Conan striking a pose before engaging in a life-threatening fight.

The story is action packed and informs us what these two characters are up to in the Empyre storyline but it didn’t really add to the story. It didn’t introduce any new villains nor did it have any character development. I couldn’t see any foreshadowing either but at least It was fun! 3 out of 5 stars for Empyre: Savage Avengers #1.

Conan the Barbarian is thrown into the Empyre event! How will he handle himself against the plant-like Cotati!