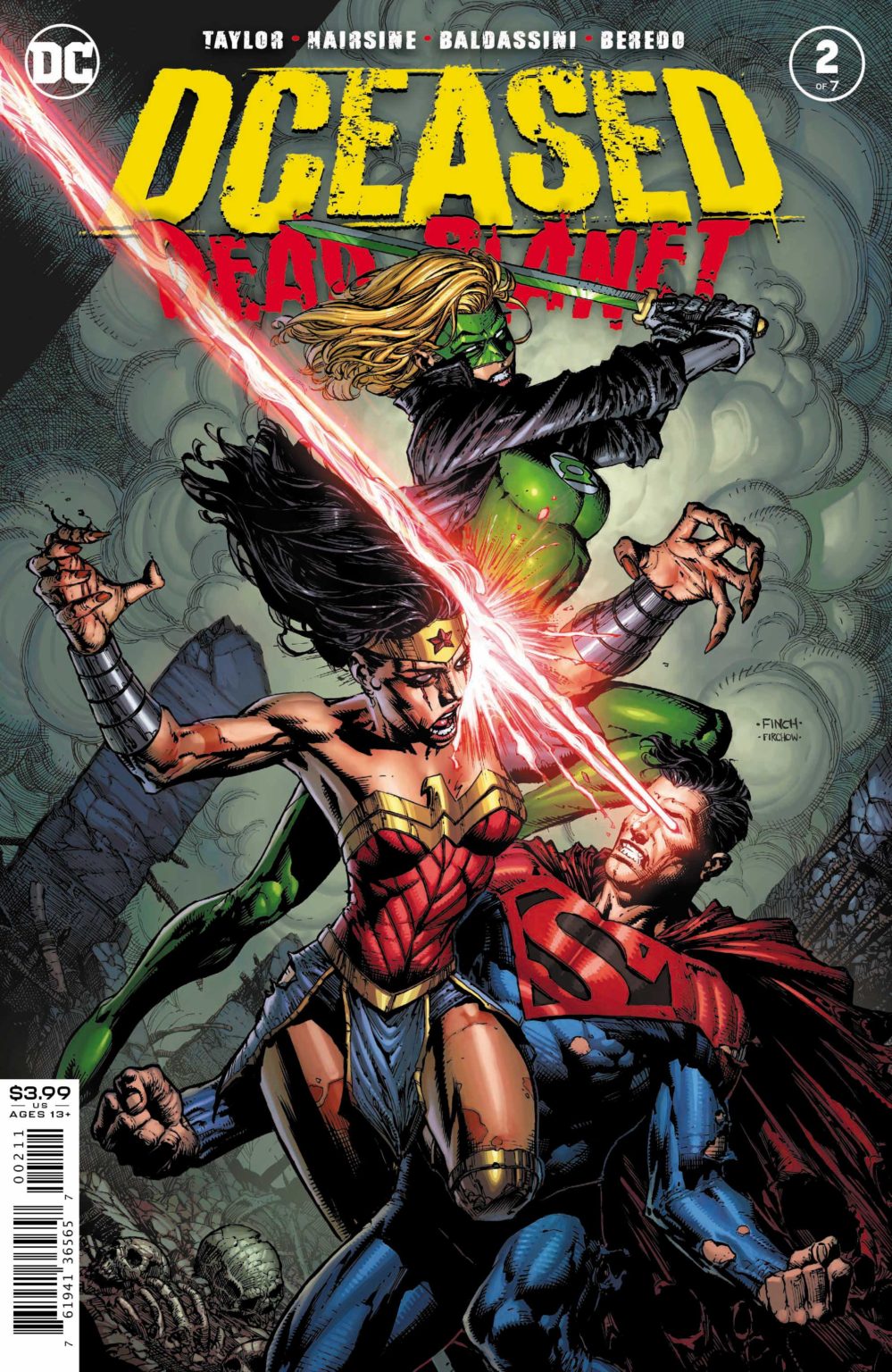 DCEASED DEAD PLANET #2 (OF 6)
DC COMICS
Story by Tom Taylor
Art by Trevor Hairsine, Gigi Baldassini
Cover by Francesco Mattina, David Finch, Ben Oliver
The sequel to the bestselling miniseries continues! The Justice League is trapped on Earth, and they’ve discovered that life still survives on this dead planet! Survival is precarious, though-and with billions of infected still roaming the surface, death lies around every corner. But it isn’t just the anti-living our heroes have to worry about, because John Constantine, Swamp Thing, and Zatanna are about to discover another evil growing…
ON SALE 07.08.20
In Shops: Aug 05, 2020
SRP: $3.99