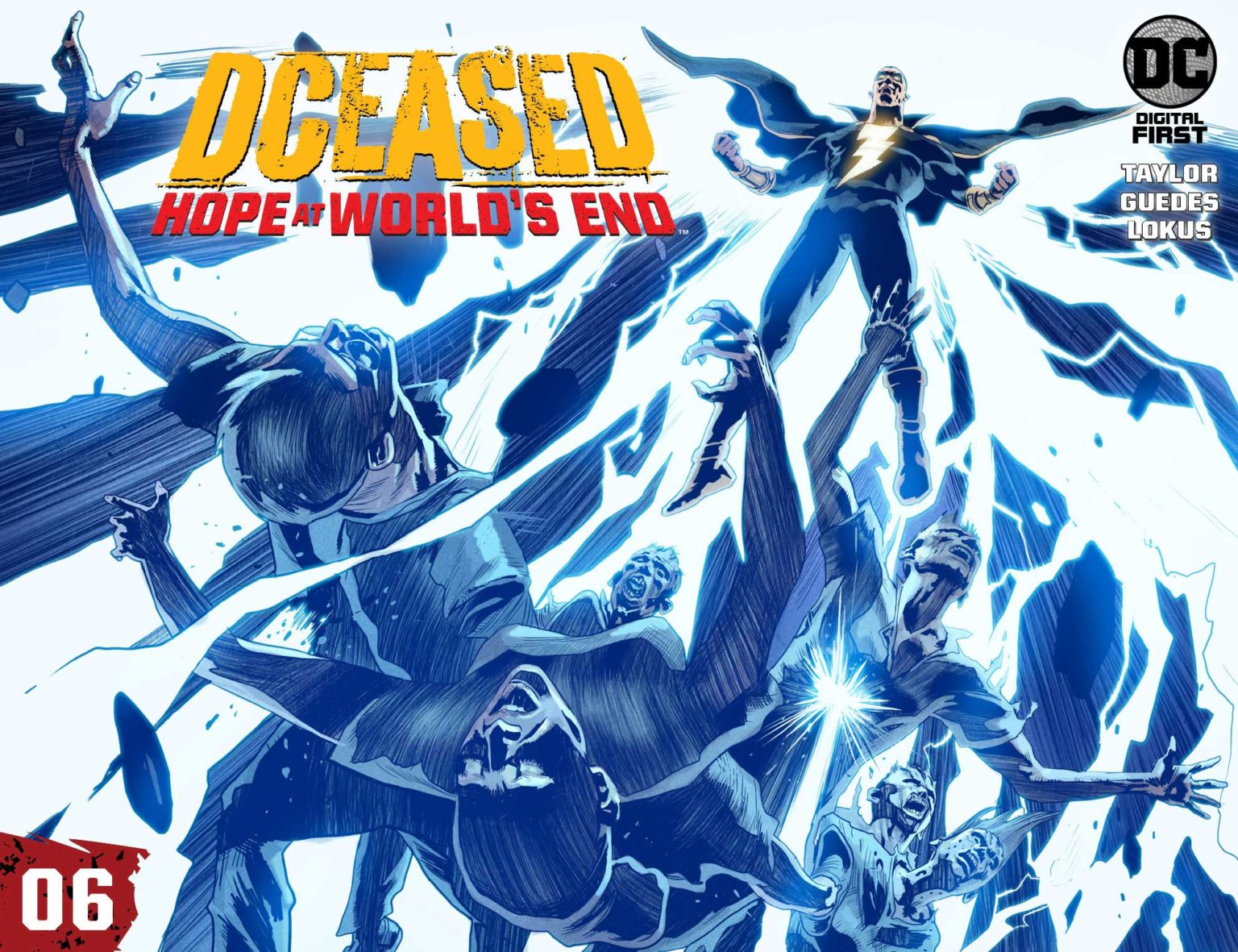 The sixth chapter of DCeased: Hope At World’s End has arrived! A new story featuring DCeased: Dead Planet’s Wink and The Aerie, set before the Earth’s surviving population fled to Earth-2.  Black Adam and his Anti-Life army have arrived at Jotunhueim and a fierce struggle for survival begins! Can the impenetrable fortress hold out until help arrives? Will anyone survive this first battle of the Anti-Life War?!

You can purchase this issue right now on comiXology.