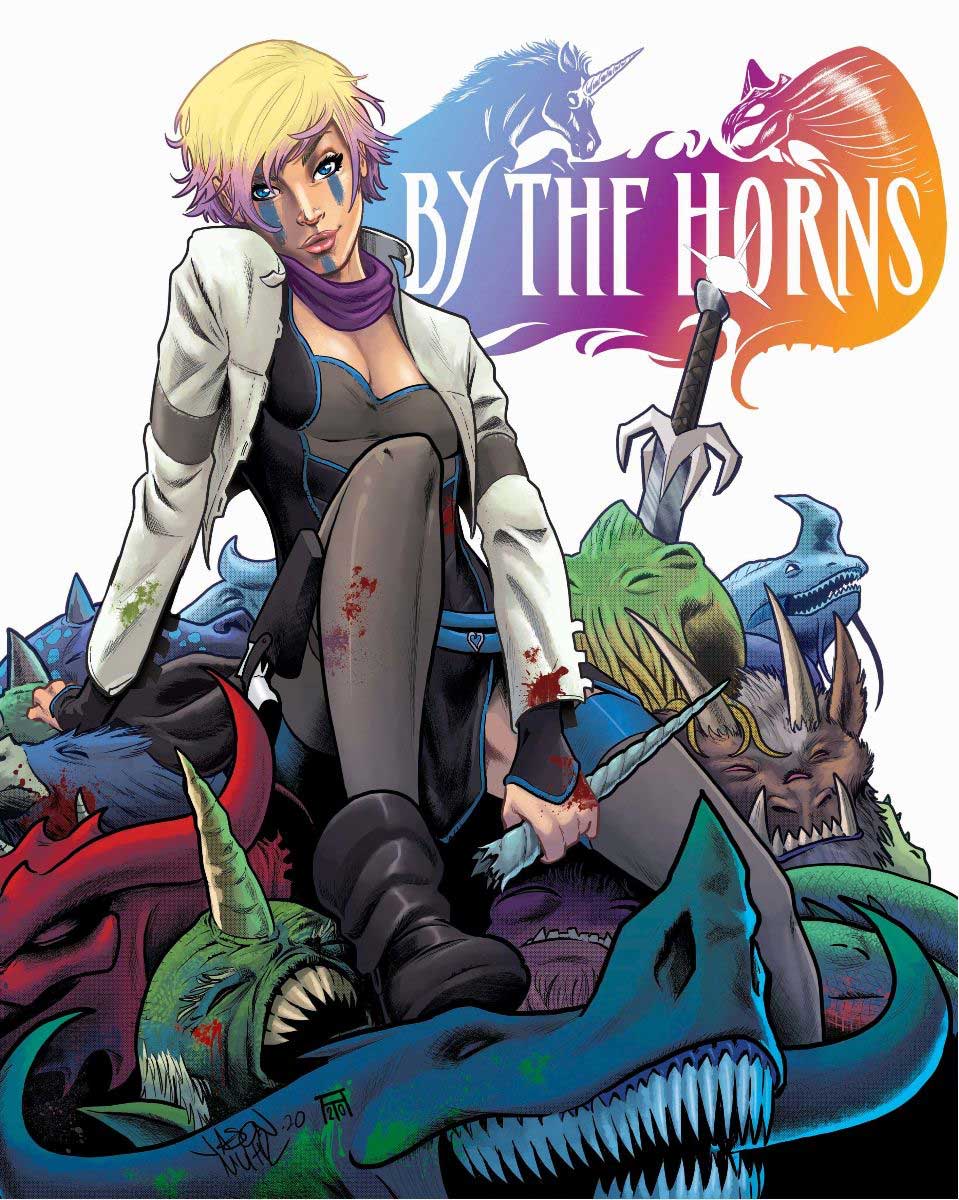 Scout Comics announces By the Horns

Scout Comics has announced By the Horns, a new series from writer Markisan Naso and artist Jason Muhr.

Elodie hates unicorns. For nearly a year, she’s been hell-bent on tracking down and killing all the elusive horned creatures responsible for trampling her husband, Shintaro. Now, exiled from her farming village of Wayfarer for selfishly neglecting her duties, Elodie and her half wolf/half deer steed, Sajen, search the continent of Solothus for clues to the whereabouts of unicorns.

When Elodie discovers that four ancient wind wizards are abducting unicorns and other mystical creatures so they can extract their magic, she means to go through them at any cost to exact her revenge. But she’ll need to rely on an increasingly reluctant Sajen, a floating-eyeball guide named Evelyn, and two unicorn prisoners – Zoso and Rigby – who grant her the ability to rip off their horns and combine them to form wizard-slaying weapons. Will she use their gifts to save the captured unicorns, or destroy them all?

By the Horns is set to arrive this Winter.