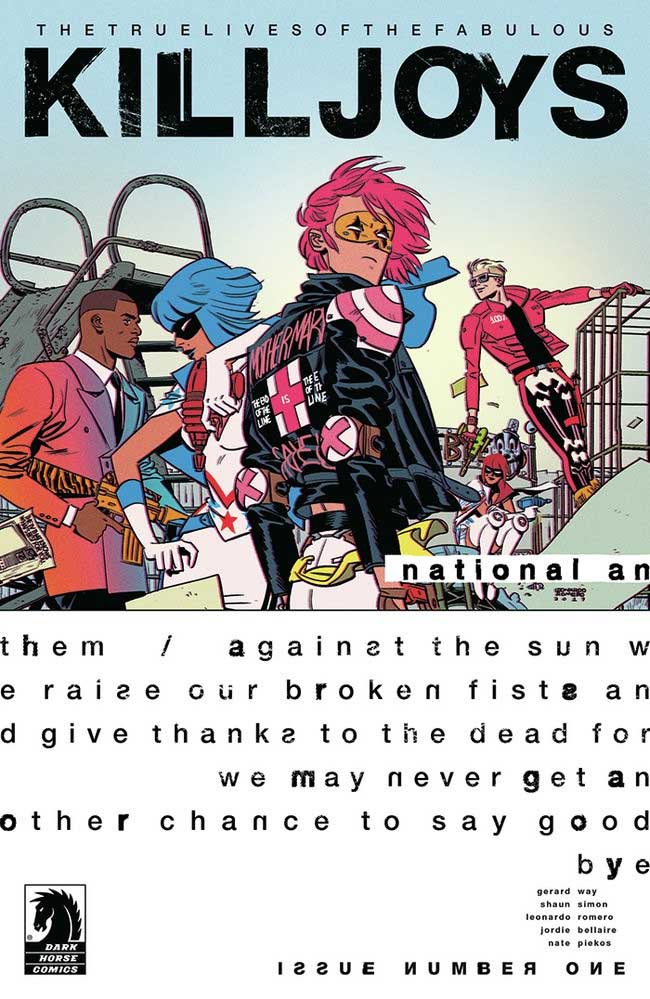 The Fabulous Killjoys return in October

Dark Horse Comics has announced that Gerard Way, Shaun Simon, and Leonardo Romero are teaming for an all new Killjoys series. The True Lives of the Fabulous Killjoys: National Anthem arrives in October 2020.

The Fabulous Killjoys, once a group of teenage exterminators determined to save reality, have lost their way—and their memories. After a period of mental confinement, former Killjoys leader Mike Milligram gets de-programmed and hits the road to bring the gang back together for a final showdown against an evil pharmaceutical corporation, their monstrous hitman, and savage gang rivals. The True Lies of the Fabulous Killjoys: National Anthem is a six-issue mini-series with the first issue arriving on October 14, 2020.