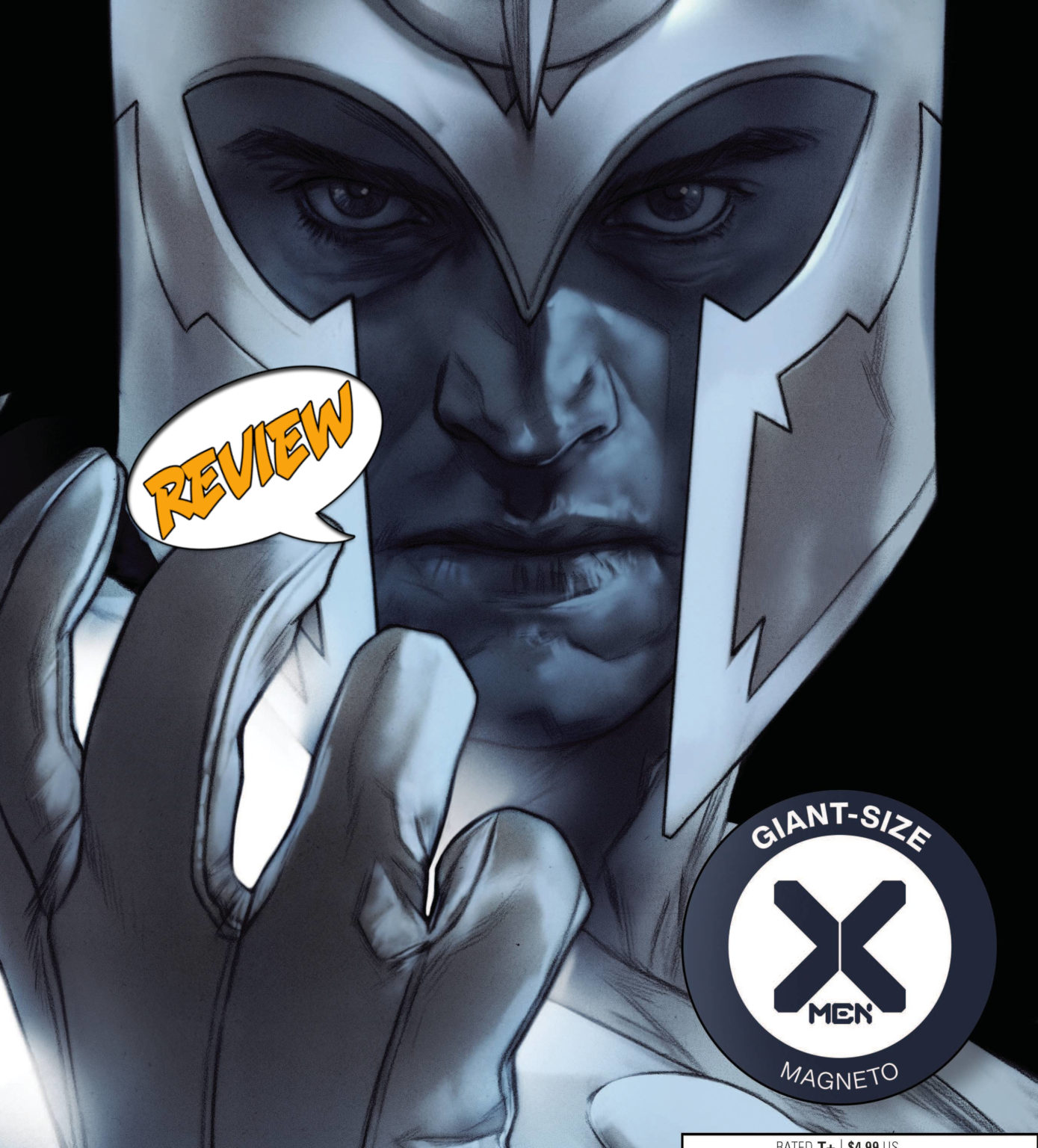 Magneto has been dealing with the stress and responsibility of being a hero on Krakoa. Could he actually be successful in creating a safe-haven for mutants? Find out in GIANT-SIZE X-MEN: MAGNETO #1 by Marvel Comics!

Previously in X-Men: The X-Men has had a crazy time recently. After finding the sovereign mutant nation of Krakoa, mutants finally have a safe place to exist. Allies and enemies alike have come together to the closest thing to peace. For the X-men universe, many titles have been rebooted and new storylines have been formed. Amongst the leaders is Magneto who has nearly completed his goal of unifying mutants.

Magneto is on the island of Mykines. He waits patiently for the owner to buy the island for Emma Frost but the owner is none other than Namor. Namor recruits Magneto for a mission in the deep dark sea. They find a spiral of the Old Kings of Atlantis. Magneto opens the spiral and immediately is attacked by a Kraken but Namor is able to defeat it.

The Kraken was defending three hags and told Namor and Magneto to choose between a spiral or a stone; one gives life and one gives death. Namor chooses the spiral and gets attacked by the item. Magneto looks towards the stone but he realizes that there are three hags and therefore there must be a third option. He chooses the third option and receives an artifact. After returning to the surface, Namor gifts him the island and he throws the artifact into the ocean.

I have loved the progression of X-Men in the last couple of years. Powers of X led into a new era of stories. X-Men has always talked about mutant persecution and the topic is becoming increasingly relevant in these trying times. Magneto is perhaps the most aggressive person who fights for mutantkind and their right to exist. However, the Magneto written here is calm and collected. Even fighting the hags, he showed wisdom and clarity in that moment where I thought he would become furious. This version of Magneto is a well-developed character but he still has stories left in him. His mind seems distant and his art depicts a man who isn’t happy. I’m enthralled with where we are going to take Magneto in the future.

This comic provides a foundation for future X-Men storylines. Magneto dropped something into the ocean that is certain to be important to someone. Emma Frost has a new base of operations and is certain to have ulterior motives in any upcoming series. I also want to see how Magneto will develop as a character. Is he going to keep the peace or become a tyrant? He could really lean either way. Characters who have inner turmoil are always interesting.

The art was pretty good throughout the issue. I really like Magneto’s costume. The outfit stands out but also fades into the background quite uniquely. It is like, he is camouflaged but you know he is there. It is symbolic. He is a leader that you know is present but is secondary to the other characters in other titles. It seems well thought out but I am unsure how intentional it is.

I am excited to see if the X-men team can keep up the momentum of the stories. The concept of mutant persecution is interesting and especially relevant in the current day and age. It is a recipe for the start of a masterful era for this title. With any recipe though, things can go very wrong. 4 out of 5 stars for Giant-Size X-Men: Magneto #1!