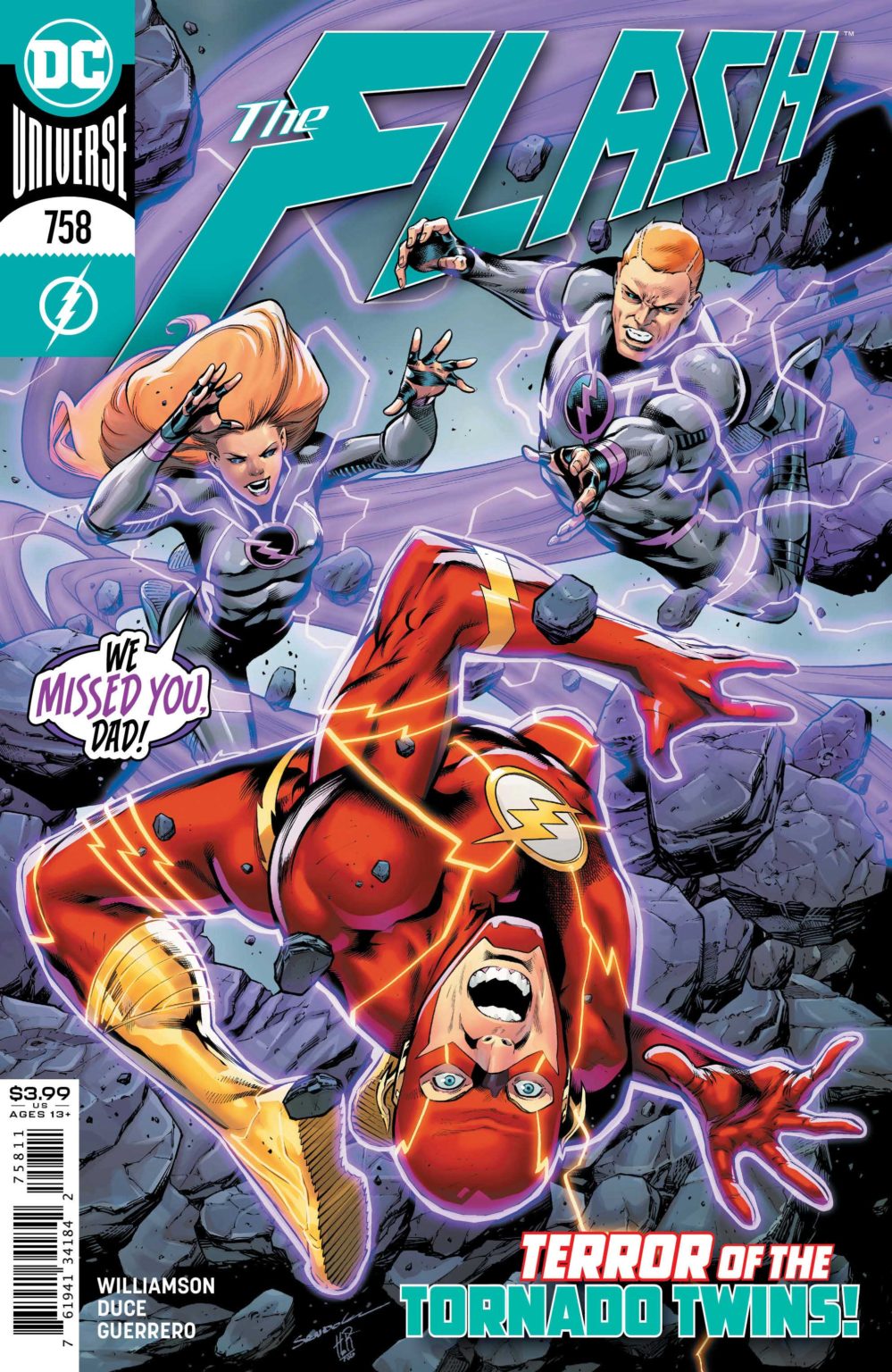 THE FLASH #758
Art by:
Christian Duce, Scott Kolins
Written by:
Joshua Williamson
U.S. Price: $3.99
“Legion of Zoom” part two! Central City is reeling from the recent attack, and Barry Allen lies broken and helpless! To uncover his foes’ next target, the Flash must solve a mystery from his past…but before he can, he’s attacked by the corrupted Tornado Twins-his children from the future!