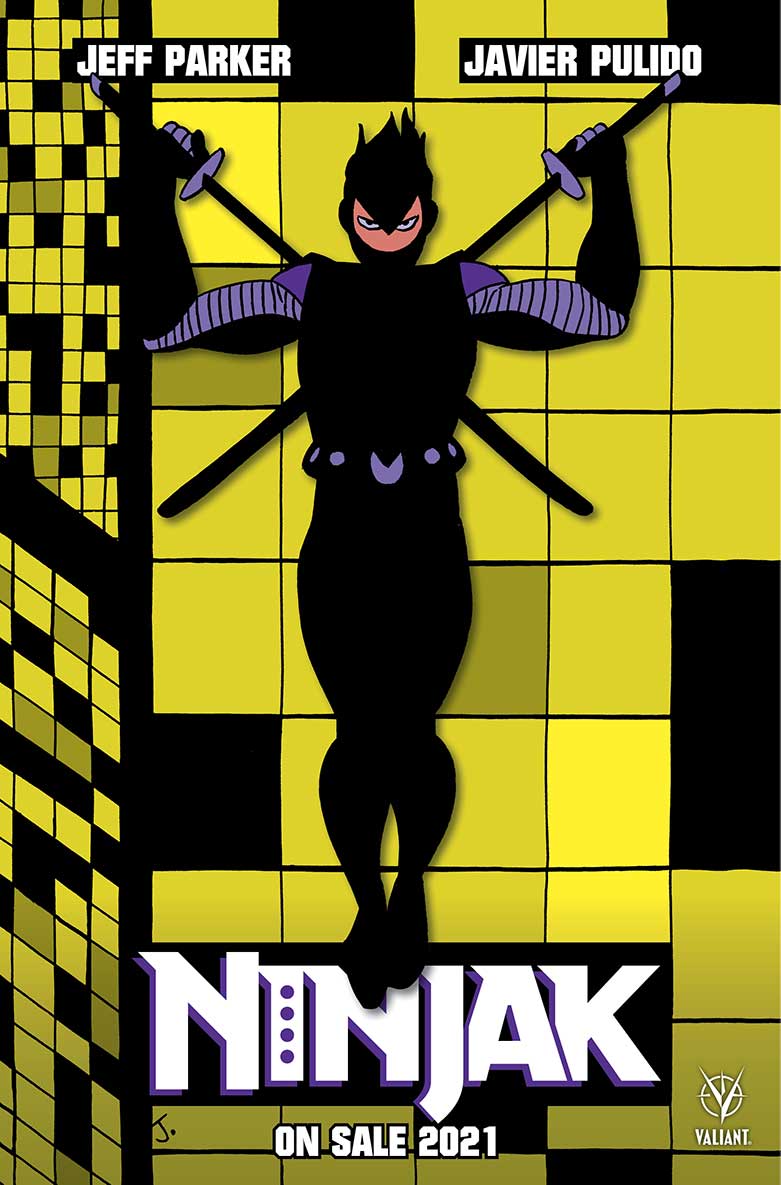 Valiant Entertainment has announced that Jeff Parker and Javier Pulido are teaming for a new Ninjak series that will debut in 2021.

Colin King is NINJAK, an ex-MI6 superspy who is second to none in the Valiant Universe. There is no target that Colin cannot strike, no mission that he cannot complete. But what happens to the world’s greatest secret agent when all of his secrets are exposed? The entire criminal underworld has Ninjak in their sights… How will the undercover operative survive when there’s nowhere left to hide?

“I love how Javier’s mind works,” said Jeff about the acclaimed artist in a press release from Valiant Entertainment. “He comes up with the most brilliant panel progressions and layouts, and very striking compositions that look so simple but you have to be a next-level talent to attempt a lot of what he does.”