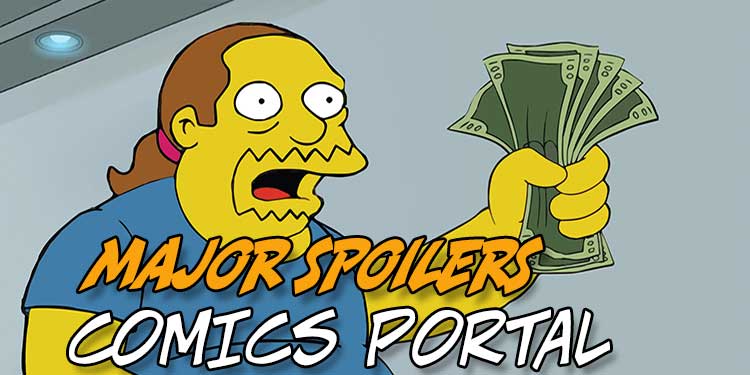 Somebody, somewhere must be hiding massive amounts of profits from producing comics! I mean, on a very regular basis, a new effort to make money from the industry keeps popping up!

Grant Morrison is writing a new comic called Proctor Valley Road for UCP Graphic, a new comics company that is a part of NBCUniversal. BOOM! Studios is slated to print the series.

“Proctor Valley Road tells the story of a group of teenage girls suspected in the disappearance of several teen boys in a 1964 California beach town,” reported Variety.

“Similar to our strategy with launching UCP Audio, we want to offer storytellers the opportunity to create for multiple content platforms including graphic novels,” said UCP studio president Dawn Olmstead. “Our goal is for UCP to be a home for great storytelling, no matter the medium.”

Then, too, Keanu Reaves is coming out with BRZRKR through the aforementioned BOOM! Studios, which you can read more about here.

Am I getting cynical over time, or does this sound tremendously familiar?

WHY GET INTO COMICS?

I’m always intrigued when entertainment companies discover comics and decide to dive in. A good example is Legendary Entertainment, who jumped into comics feet first back in 2011. They were adding comics to their movie offerings, sometimes even basing comics on their films such as Pacific Rim. There was even a Grant Morrison book in there, and it was called Annihilator. I remember it because I bought and read it. There was also a Mark Waid OGN called Axiom that explored superheroes. I particularly enjoyed The Infinite Adventures of Jonas Quantum from Marc Guggenheim of the Arrow TV show fame.

Sadly, when I check their website, the last comic they released came out in March of 2018. Sigh. And I was enjoying their books, too!

I was listening to site Head Honcho Stephen Schleicher discuss all this during his most recent Finally Friday show. He brought up an interesting point that jives with what I’ve been hearing creators say a lot recently. It’s important to get your concepts out in print so you hold their precious “IP,” or Intellectual Property.

I knew there must be some way to make money off comics. Unfortunately, you don’t make all that much off printing paper copies or selling digital versions online. Silly me! I thought it was for the love of storytelling!

THE STORY’S THE THING, ISN’T IT? I guess I get discouraged when the “business” part of show business is the dominant element in it. Granted, creators have to pay bills just as much as company owners and execs and us fans. I just wish what mattered most was the storytelling. And I wish people got into making comics because they loved the medium, not that they want to make sure they get paid if someone takes a liking to their concept.

On the other hand, I’m very happy to see Cleopatra in Space debut on the new Peacock streaming service, also a part of the previously mentioned NBCUniversal.

I’ve watched several of the episodes, and I’m thrilled by how true to the original Mike Maihack books the show is.

Now, I’m sure money has exchanged hands here, but it hasn’t been the BIG part of this story. What I’m particularly happy about is that Mr. Maihack spent many years going to comics conventions to raise awareness about his books, which is how I became familiar with them. He clearly paid his dues getting the word out!

I’m patiently (well, almost patiently) waiting for the final book in the series to come out very soon. And I’m hoping I can arrange an interview for my podcast with him as well!

I love it when an original concept comes out of nowhere and knocks me off my feet. That’s how the Harry Potter books and franchise started, after all.

Because I brought Cleopatra in Space up, here’s the description from Wikipedia: “Cleopatra in Space is an American graphic novel series targeting children, drawn and written since 2014 by Mike Maihack, and published by Graphix, a division of Scholastic. The premise of the series is that a teenaged Queen Cleopatra is brought to the far future to attend school and fight a space tyrant together with her friends Akila and Brian.”

I hope this show takes off like crazy. Why? Because it’s a GREAT series based on a GREAT comic! The characters rock, the adventures are fun and mysterious, and the animation is very close to Mr. Maihack’s fun style on the series. What’s not to love?

If we had more Cleopatra in Space and less show BUSINESS, I’d be happy because I’m convinced that would benefit the comics industry. Great stories can attract fans new and old to the medium, and we need every single fan, including those who enjoy Grant Morrison regardless of the company producing his comics!

What do you think? Do we need more people trying to make comics financially successful? Or should we stick to the folks already working on that? Whatever your opinions, please share your thoughts in the space below!