Here is your first look at Harley Quinn Black and White and Red Chapter Four: Who Dis? available now from DC Comics.

In Tim Seeley and Juan Ferreyra’s story, the Joker is a master of many things, but one of them is not the mic. When a mythical recording of the Joker’s disastrous rapping turns up as the grand prize in Gotham City’s most elite rap battle tournament, Harley Quinn enters the contest to win this most excellent way to humiliate her awful ex. But who are Gotham’s fiercest rappers? Can Harley Quinn hold her own? The answers will shock you. 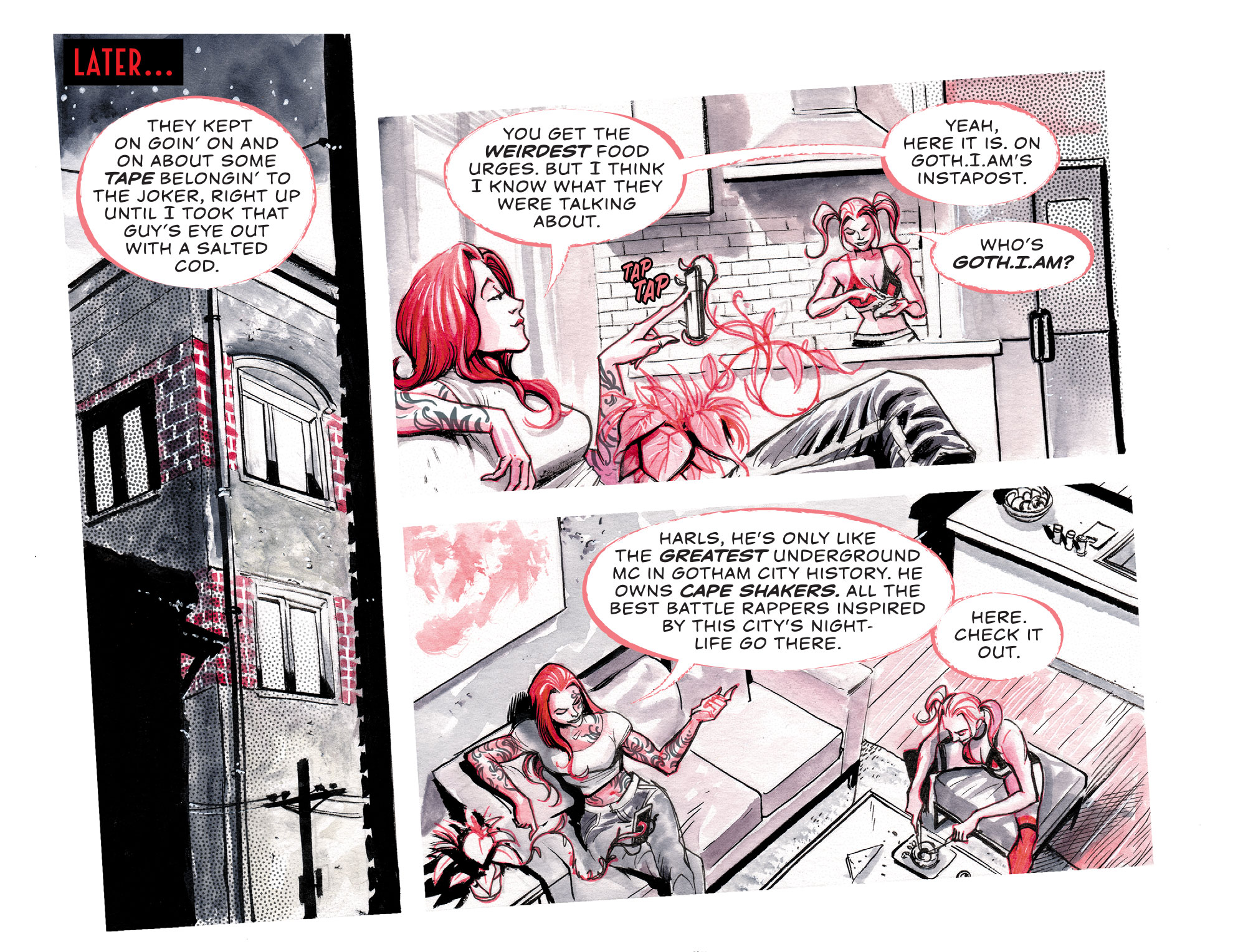 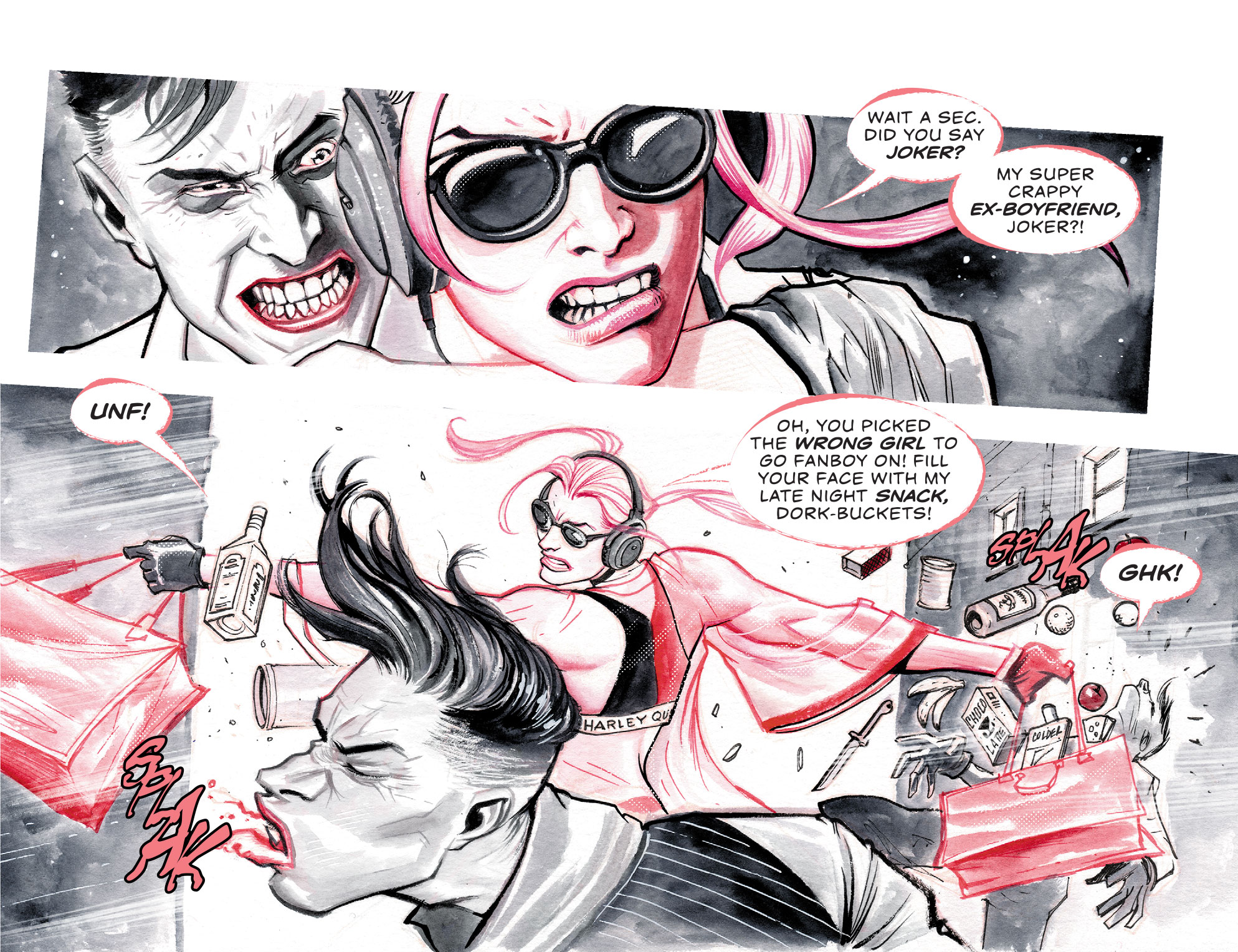 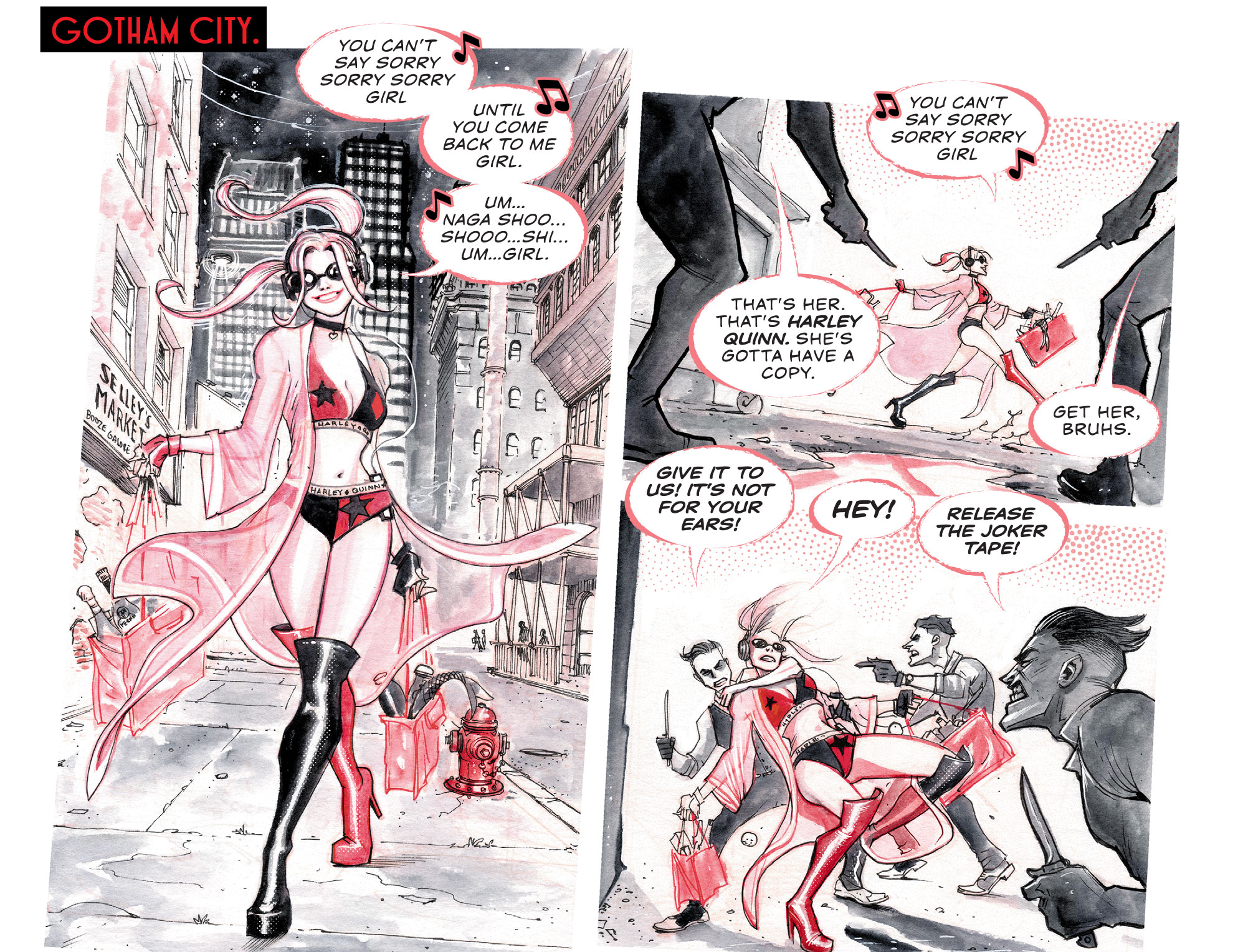 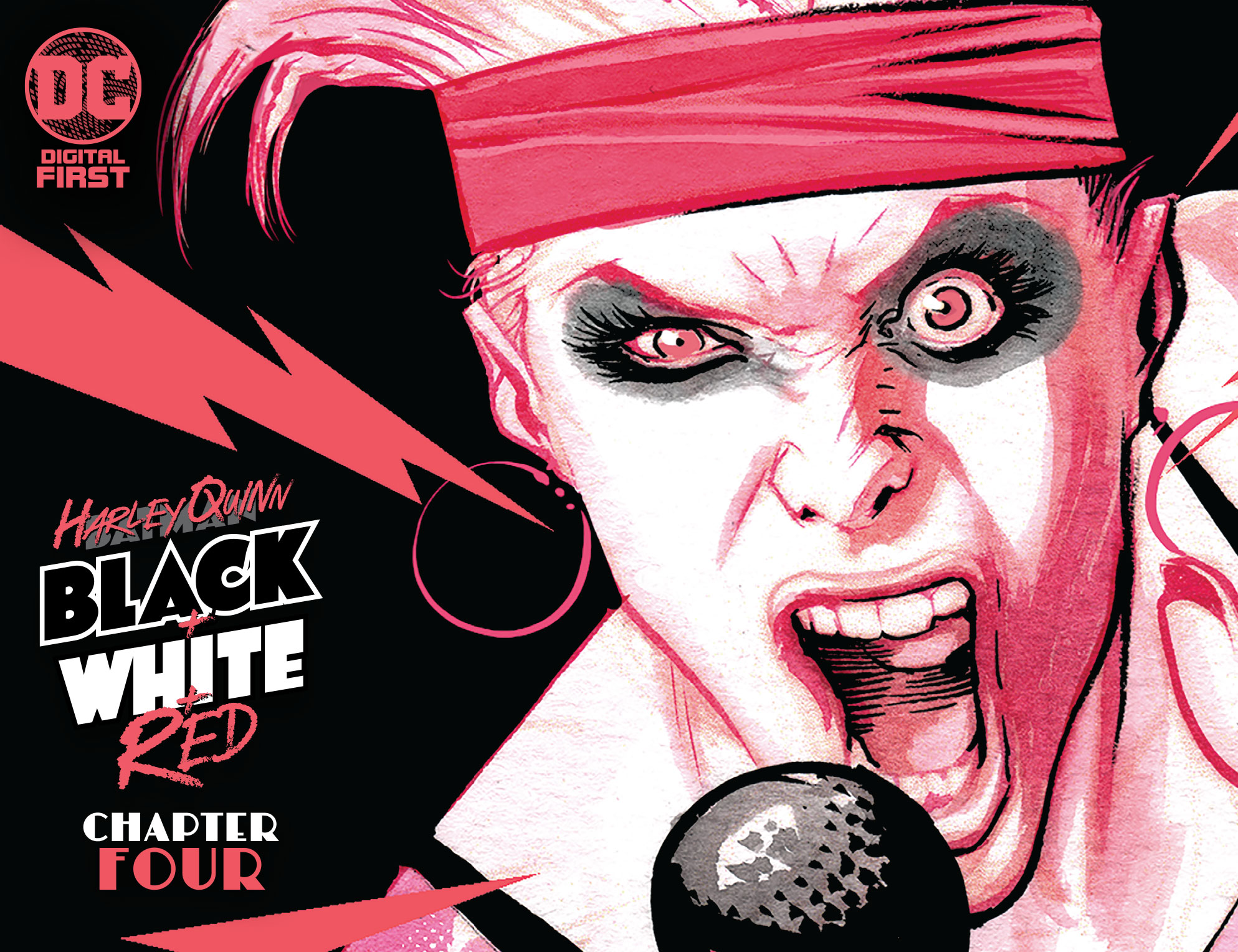