Origins debuts as limited series from BOOM! Studios in November 2020

BOOM! Studios has announced its latest sci-fi series will debut in November 2020.

But even with the help of Chloe, his first creation and the android that revived him, he may not be enough to reignite the spark of humanity or stop the AI overlords who plan to eliminate the last hope for mankind. David and Chloe must embark on the greatest journey of their lives, as he seeks to find redemption and discover if humanity can – or should – have any kind of future. 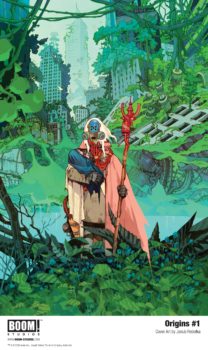 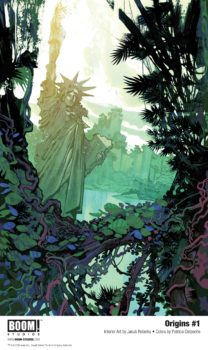 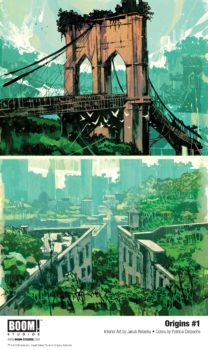 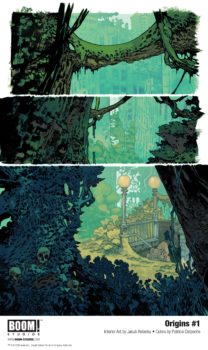 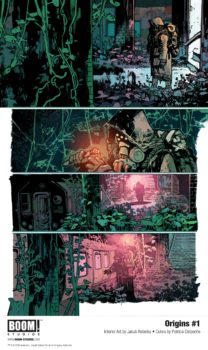 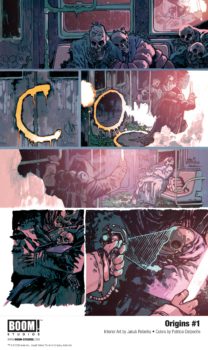 “ORIGINS has everything a sci-fi fan could want – a distant future run by AI run amok but also a beautiful dystopian world where the line separating life from death is tenuous at best. It’s a fight for survival, and it’ll keep you guessing who’ll win until the very end.” said Dafna Pleban, Senior Editor, BOOM! Studios in a press release. “This is an epic story that we couldn’t wait to get in the hands of sci-fi fans and readers everywhere so we’re very excited to be launching the series in November with a first issue you won’t want to miss.”

We will be on the lookout for Origins when it arrives in stores in November 2020.