Batman: Gotham Nights #13 is available today as a digital-first issue, and we have a preview of the issue from DC Comics, after the jump.

Batman: Gotham Nights #13
“Nothing 2 See Here…” by Michael Grey, Carlos D’Anda, Luis Guerrero and Ryan Christy.
Damian Wayne, the most powerful adversary crime has ever known, sits alone in the Batcave, twiddling his thumbs. Where is Batman? Why won’t he allow Robin to help? And most importantly, why has he left Damian to die of boredom?
“Incorruptable Force” by Scott Bryan Wilson, Christopher Mooneyham, Ivan Plascencia and DC Hopkins
Two-Face and Commissioner Gordon walk into a bar. When old grudges are resurrected and new plots are revealed, it’s a coin toss as to who walks out. 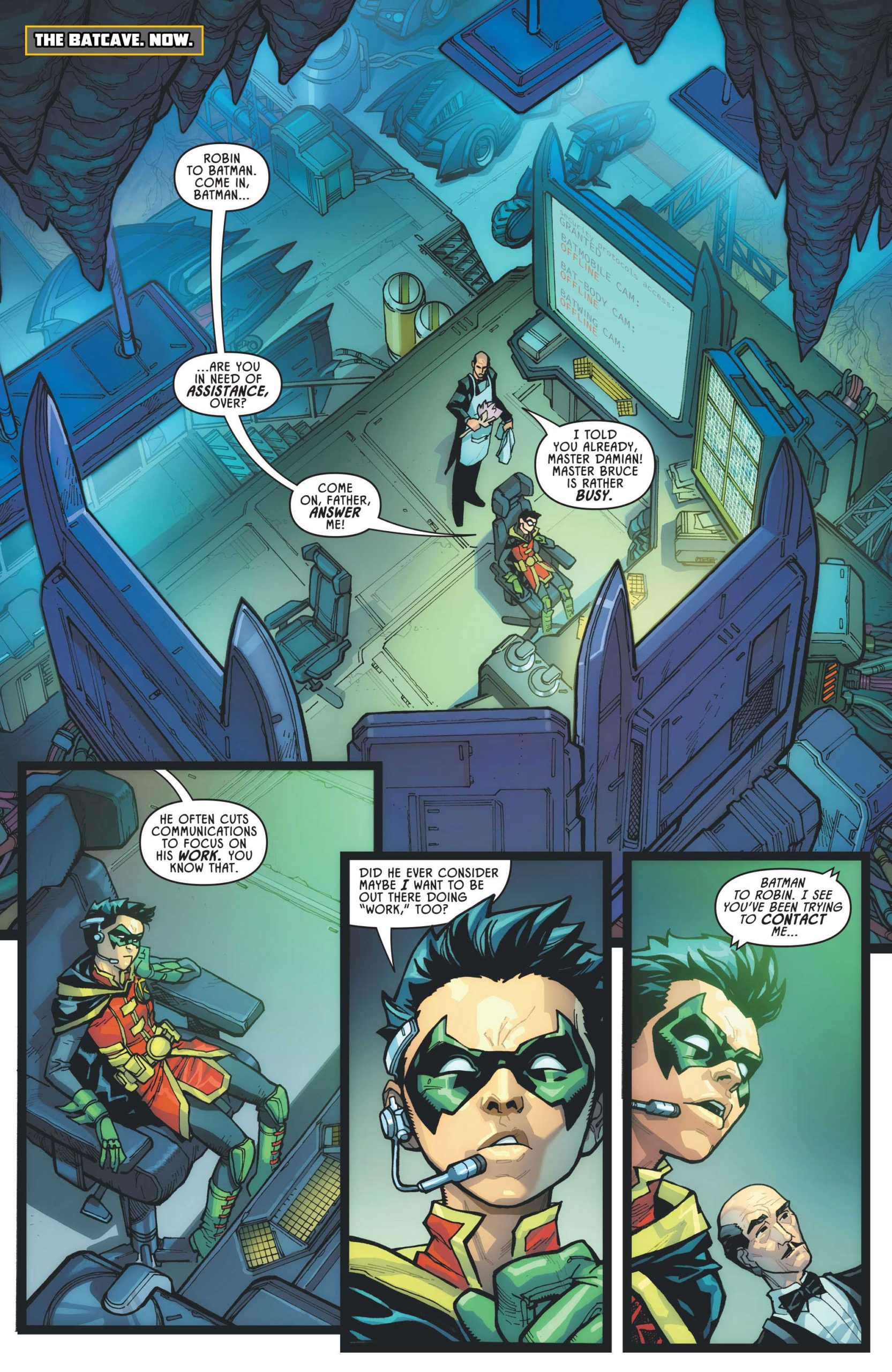 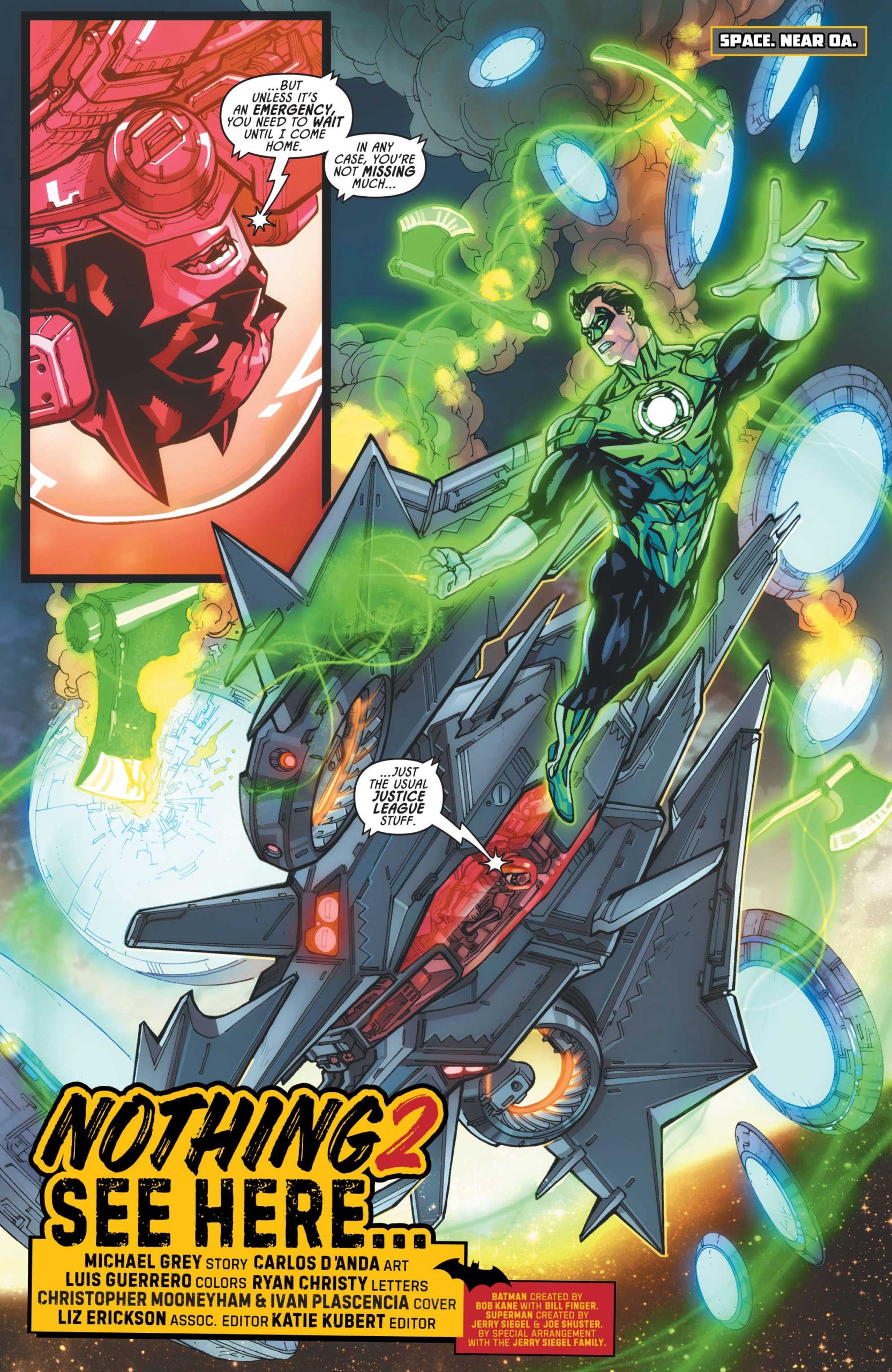 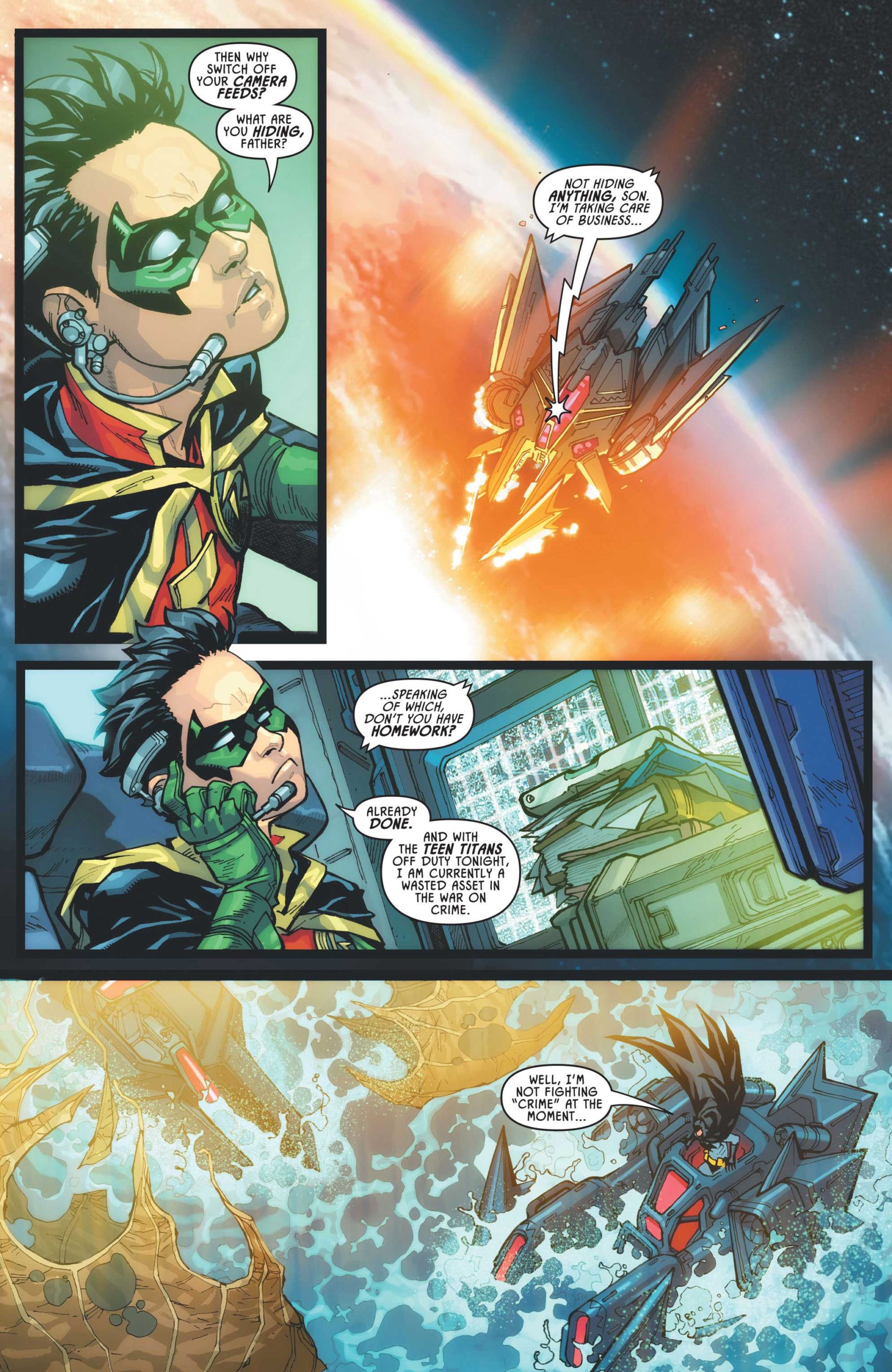 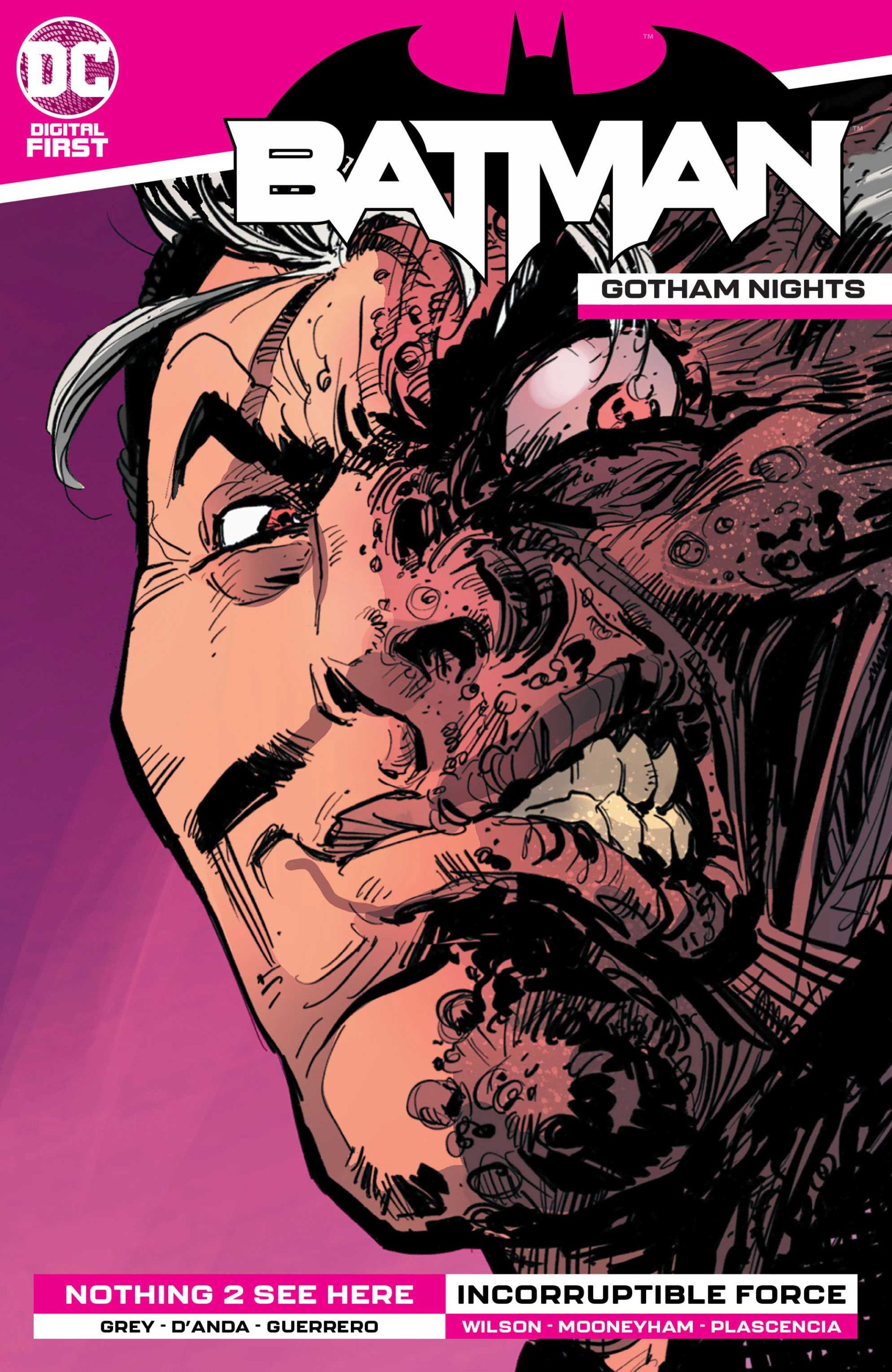