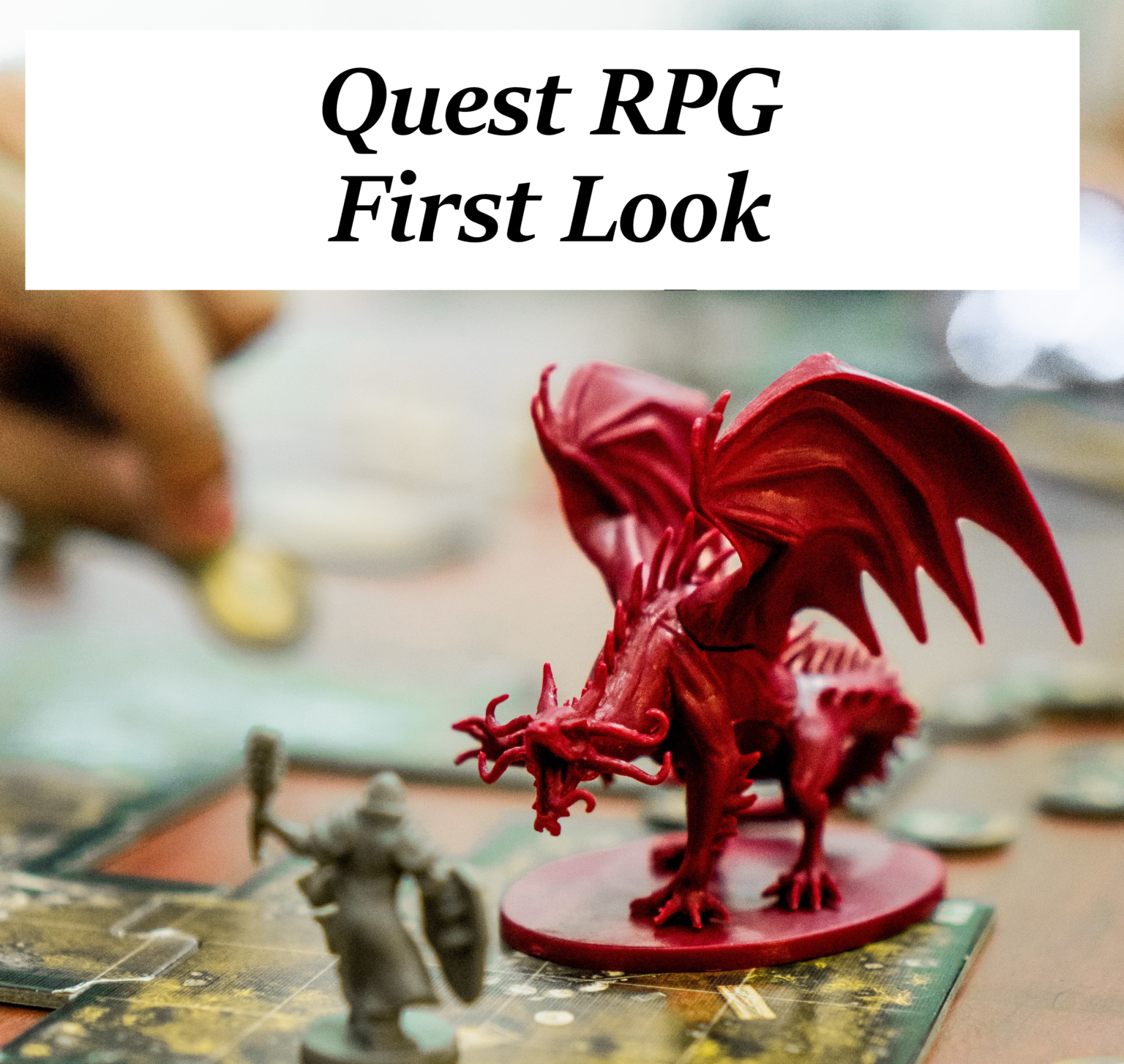 With everyone looking at new systems due to the state of the industry, it is a good time to check out Quest RPG! Come check us the TTRP CORNER look into this tabletop system.

If you are looking for another high fantasy game to replace your weekly game; Quest could be the option for you! With a simple rules system, this could be a gateway to introduce your friends to the TTRPG world. Even with an easy to understand rules system, the mechanics of the game allows for long term play with consistent advancements in combat mechanics. This game is built for 4-6 players with one player being the Guide who sets up and leads the story while the other players create characters to participate in the game.

First and foremost, the system is built on a single d20 system that dictates every outcome of a roll.

This is an exciting moment. You automatically succeed at what you were trying to do, and you may even find added fortune. If you’re dealing damage, double it.

You accomplish what you were trying to do without any compromises. If you’re dealing damage, you deal the standard amount.

You succeed in your action, but there’s a cost. The Guide will give you a choice between two setbacks.

You fail your intended action and face a setback of the Guide’s choice. You might lose equipment, take damage from an enemy counterattack, or face some other misfortune.

Oh no. You automatically fail, and you may suffer a severe setback

It is a simplified system that allows a player to easily know if they succeed and fail without working about the excessive math that many other games have. I was playing a game of Dungeons and Dragons 4th edition this past weekend and the amount of math I had to keep track of slowed down combat. In theory, this system is simple because once you know what you  rolled and then you can quickly find the result. From there the Guide can easily control the narrative and tell you what is happening in the story.

RESPECTING THE TABLE AND BUILDING THE CHARACTER 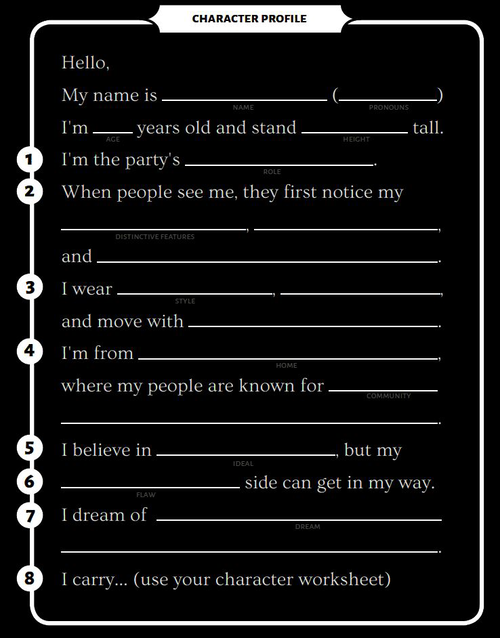 The game also includes a bunch of questions to help develop the character. This includes ideals, dreams, and vulnerabilities. You could make a man who wants justice but is a little bit melodramatic in his approach. The system seems to encourage depth in character creation. It forces players to be more proactive than reactive in the story. A lot of tabletop games have an issue called Villain problem. The villain has the crazy plan but the protagonist is simply reacting to them. Then people actually enjoy the villain more than the hero. (We see this with Batman all the time) With rules that develop the character it should allow player characters to be more proactive in their efforts and make the heroes more relatable.

The game has 8 classes that you can play and each class has some unique abilities for you to follow. The game is built on Paths that your character can develop as they go through the game. A fighter for example can choose a path in Dueling, Tactics, Camaraderie, Leadership, and Body. The player then gets to decide if they want to specialize in one of these paths or to scatter their abilities within several of them. In theory, you could create a very diverse character that is still competent regardless of how they build the character. I like that. In many other systems there are certain builds that work really well and if you deter too far from the cookie cutter build you lose your viability. I think you really get freedom in your character this way without sacrificing any viability.

PLAYING THE GAME AND ADVANCEMENT

Beyond the dice mechanic, the game uses a limited resource called Adventure Points (AP). Some abilities expends this limited resource to activate. Interestingly enough, you start the game with ten AP points and you get awarded with more AP at the end of session or if the Guide deems it appropriate. It is interesting to see a mechanic that doesn’t necessarily recharge on a rest but rather on your own force of will. When you succeed on your objective, your force of will increases. Quite unique in my opinion.

Additionally when you finish a session, the Guide can allow you to take another ability in one of your paths. Your ability to get stronger comes in the form of the choices of what you can do with your character. Additionally, if the Guide feels the story allows it, you can gain legendary abilities that have story relevance. A fighter for example can create an extraordinary bond with its weapon and can use it with great mastery. So not only is their natural character advancement there is story advancement as well.

I think the game is actually quite cool. It has an emphasis on the story but still has mechanical complexity. I find a lot of problems with rules-light systems is that it focuses on short term campaigns. This system seems to be able to withstand a long campaign where characters can continue to further develop their character mechanics and stories.. I like it and I think it could be a gateway into the drug that is tabletop roleplaying. You can check out more here.