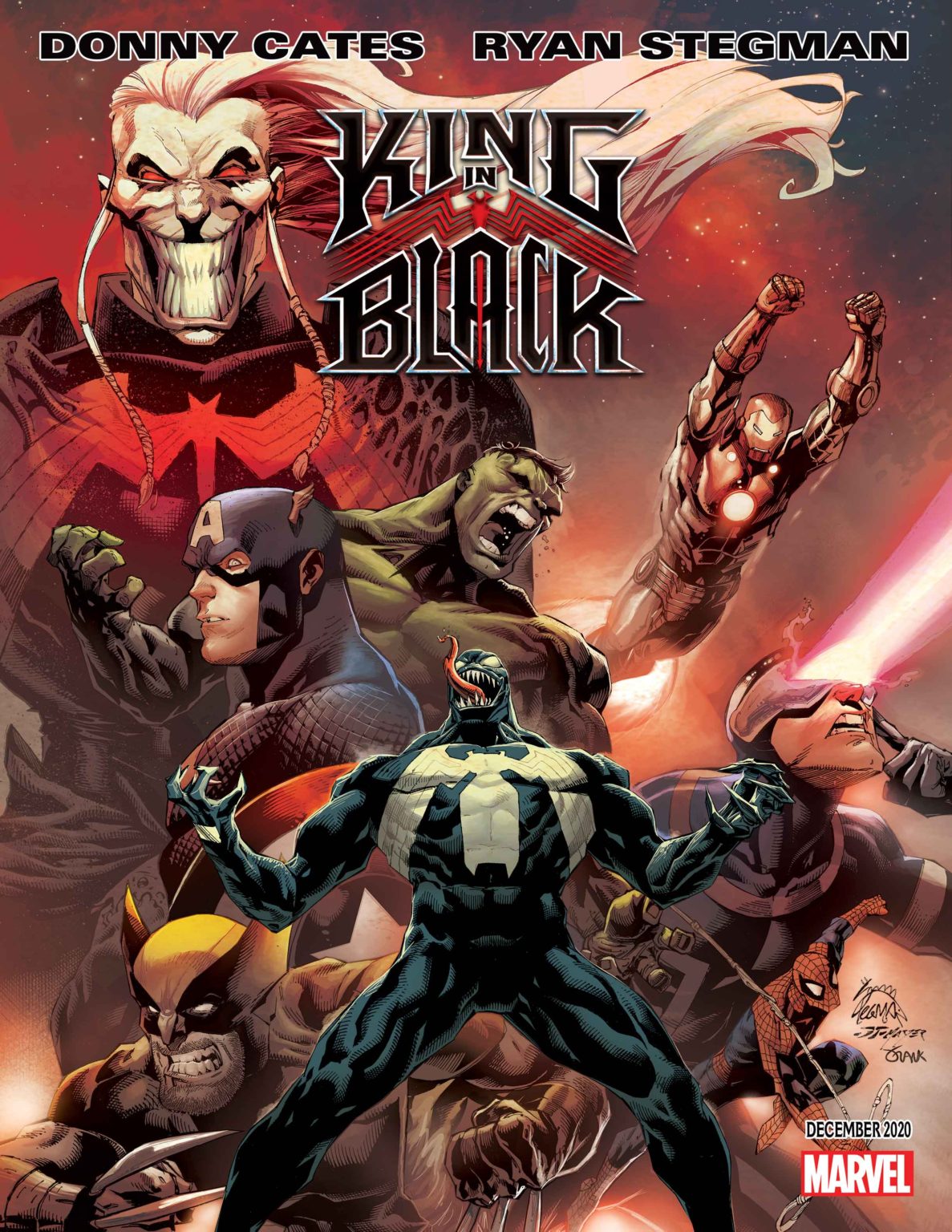 King in Black conquers the Marvel Universe in December

Marvel announced its latest event featuring Venom will be King in Black and will arrive in December from writer Donny Cates and artist Ryan Stegman. Knull is coming, and when he arrives, everyone from the Avengers to the X-Men will learn just how unprepared they are to face off against the God of the Symbiotes. Everything in Cates and Stegman’s landmark run on VENOM has led up to this monumental story, and readers will finally witness Eddie Brock’s climatic standoff with one of Marvel’s most terrifying villains.

With each mind-bending twist and turn, the stakes will be raised like never before as KING IN BLACK flips everything you thought you knew about Venom and the world of the symbiotes upside down and inside out.

“As far as event books go, this is the coolest, darkest, most heavy metal, Cthulhu dark horror thing I’ve ever been able to do,” said Cates in a press release. “I still can’t believe that Marvel is letting us go as dark and scary as we’re going.”

“One of the things I’m most proud of in this series… is the creation of the character Knull,” Stegman said in the same press release. “We have some new designs that we’ll be unveiling throughout the series that are really cool and really creepy.”